The collective comebacks of Klay Thompson and James Wiseman have often been mentioned side by side (ahem) for the Warriors this season. While Klay has missed 29-plus months due to ACL and Achilles tears, Wiseman is rehabbing from a meniscus tear on April 10.

The two players are currently at different junctures in their rehabs. Thompson is clear to fully practice with his teammates while Wiseman is still limited to 1-on-1, 2-on-2 and individual drills. Klay said he could be about a month away from game action, but there’s no timetable determined for the 20-year-old Wiseman just yet.

“It’s not really a linear improvement like an ACL or an Achilles, where you kind of know and can map it out,” Kerr said. “Meniscal tear you can’t really map it out as easily because there’s more possibility for a variance in how long it’s going to take to recover. James is doing fine. There’s no structural issues, we’re just being very, very cautious.”

High expectations are still looming for the 7-foot Wiseman, last year’s No. 2 overall pick. He never really got into a rhythm during his rookie season that was disrupted by injuries, COVID-19 complications and disciplinary reasons.

Thompson was an ironman during his first eight seasons in the NBA but he wasn’t under the microscope like Wiseman has been for his first year in the league. Still, he can relate to the young big man. Thompson and Wiseman have become fast friends as teammates, as the two have been spotted on Klay’s boat, ‘The Splash Express.’ They’ve been rehabbing together all summer and are locker room neighbors.

On Tuesday, Thompson pulled Wiseman aside and gave him a book titled ‘Young, Black, Rich, and Famous,’ by Dr. Todd Boyd, which explores the cultural shifts surrounding basketball and hip hop since the 1970s. Wiseman, of course, moonlights as a SoundCloud rapper and dropped a new track titled “Whatchu Know About It” Tuesday.

“It’s such an empowering read and James is such a great listener,” Thompson said. “I just want to help him further his education. The guys are so talented they just get to skip university now and you gotta realize that you still gotta grow as a person. I think exercising your mind is just as important as your body. I try to tell him that. He’s a great listener and the future’s so bright for James. I can’t wait to play with him. We haven’t had a center like him in a long time who can run the floor and stretch the spacing vertically.”

Thompson is invested in Wiseman. So are owner Joe Lacob and the Warriors. Putting Wiseman together with upstart rookie Jonathan Kuminga, third-year guard Jordan Poole and unflashy but solid first-rounder Moses Moody, Golden State can start to envision its next nucleus. Thompson is convinced Wiseman will be the cornerstone to the next wave of Dubs-dom.

“He is the future of our franchise along with JK and Moses,” Thompson said. “One day we’ll hand them the keys. Enjoy being a Warriors because we play in a great place in San Francisco and having the fan base we do with fans in Oakland, South Bay to the North. It’s special and it wasn’t always like this. I just try to remind him he’s going to carry the torch one day.”

When Klay turned 20 years old, he was still romping around Pullman as the big man on campus for the Washington State Cougars. Now that Wiseman is 20, he’s making millions with all of Dub Nation checking daily for rehab updates.

When it comes to Wiseman’s recovery, Kerr has pointed to Jaren Jackson Jr.’s timeline as a reference. Jackson injured his meniscus as a 20-year-old and missed eight months of game action, a milestone that Wiseman will hit on Dec. 10.

Kerr said Wiseman’s ability to ramp up his rehab rests in the hands of director of sports medicine and performance Rick Celebrini.

“I check in with James a lot,” Kerr said. “It’s not an easy thing to go through, much less a young player trying to make his mark in the league. James is in good spirits. He’s in good spirits and his time is going to come.”

The Warriors are 15-2 despite their unorthodox roster construction. Kevon Looney is the lone traditional big man, though Draymond Green is redefining what it means to be a 5 in the NBA. Nemanja Bjelica has proven he can be an effective stretch 5 off the bench for Kerr. Golden State has a good thing going as the league’s highest-scoring offense (114.2 points per game) and lowest defensive rating (100).

Wiseman could be a great pick-and-roll threat and above-the-rim shotblocker this season, but the Warriors don’t need to rush him back any time soon when you look at the short-term and long-term situation at center. 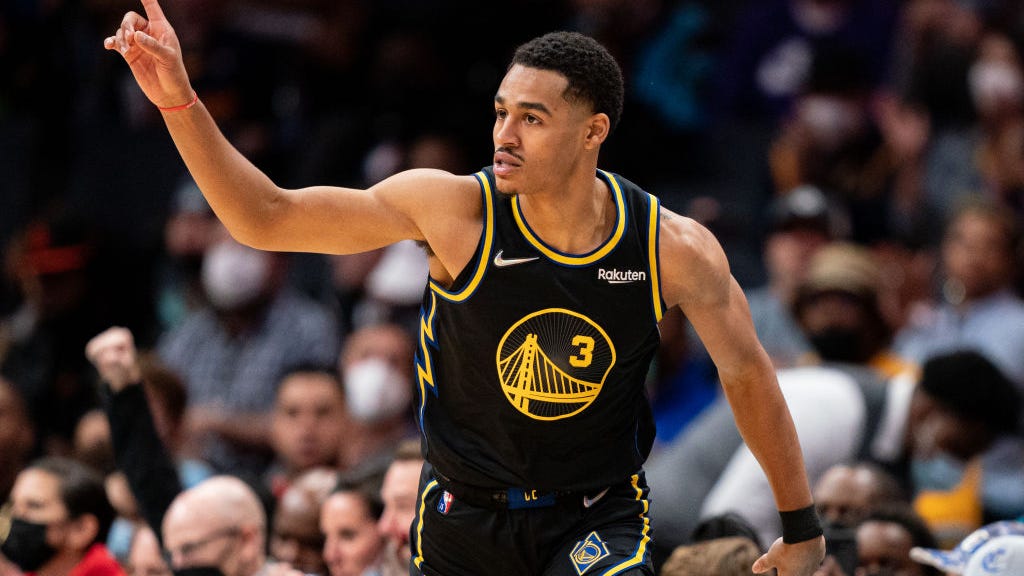