DALLAS (105.3 The Fan) - Luka Doncic and the Dallas Mavericks are on the brink of elimination, down 3-0 in the Western Conference Finals to a Warriors team that has a championship pedigree and a variety of weapons far superior to what the Mavs deploy.

Doncic, who just turned 23 in February, is in his first conference finals in his four seasons in the NBA and is aware that his inexperience is getting the best of him and his teammates in a series where their opponent has four players who have been All-Stars, and three of whom are all future Hall-of-Famers.

"Nobody had us being here in these Conference Finals," Doncic said after the game. "I think the Warriors are playing incredible. Everybody knows their role. Everybody just stays together. They're a long-built team. They've been together for a long time, and I think they're playing good basketball, so that's what I think is going to be really difficult. And these past three games, it's been very difficult."

Doncic put up a game-high 40 points, including 21 fourth-quarter points in an attempt to overcome a 10-point deficit at the start of the fourth quarter. He also, however, had the worst plus-minus in the game despite his scoring efforts, as Dallas was outscored by 19 points when he was on the floor.

Some of that can be contributed to missed open threes that were generated from Doncic's passes, and some of that is contributed by the Warriors going at the Mavs' superstar on the defensive end of the floor to exploit his defensive efficiencies.

Dallas is now 2-6 when Doncic scores 40 or more points in a playoff game, and he willingly accepted responsibility for the 3-0 hole the Mavs find themselves in.

"I'm still learning," said Doncic, who went 11-23 from the field, including 4-9 from deep in Game 3. "I think the first two quarters, I played very bad. That's on me. But I'm still learning. I think after this season is done, whatever we are, I think we're going to look back and learn a lot of things.

Jason Kidd, who's in his first year as the Mavs head coach, also spoke about the inexperience factor his team is up against in this series, but he's also cognizant of what this experience can do for his team in the future.

"This is just the beginning of this journey," Kidd said. "I know you guys had us winning the championship before the season started. And that's a joke if you didn't get it. But this is a lot bigger than just this one game or this one series. This is huge for our franchise because none of you guys had us here. You guys were all supposed to be on vacation.

"So it's cool to go through this, and we're going against -- you can call them a dynasty. ... They have three great players who will be all Hall of Famers, and this is a great lesson learned from us. This isn't the end. This is just the beginning." 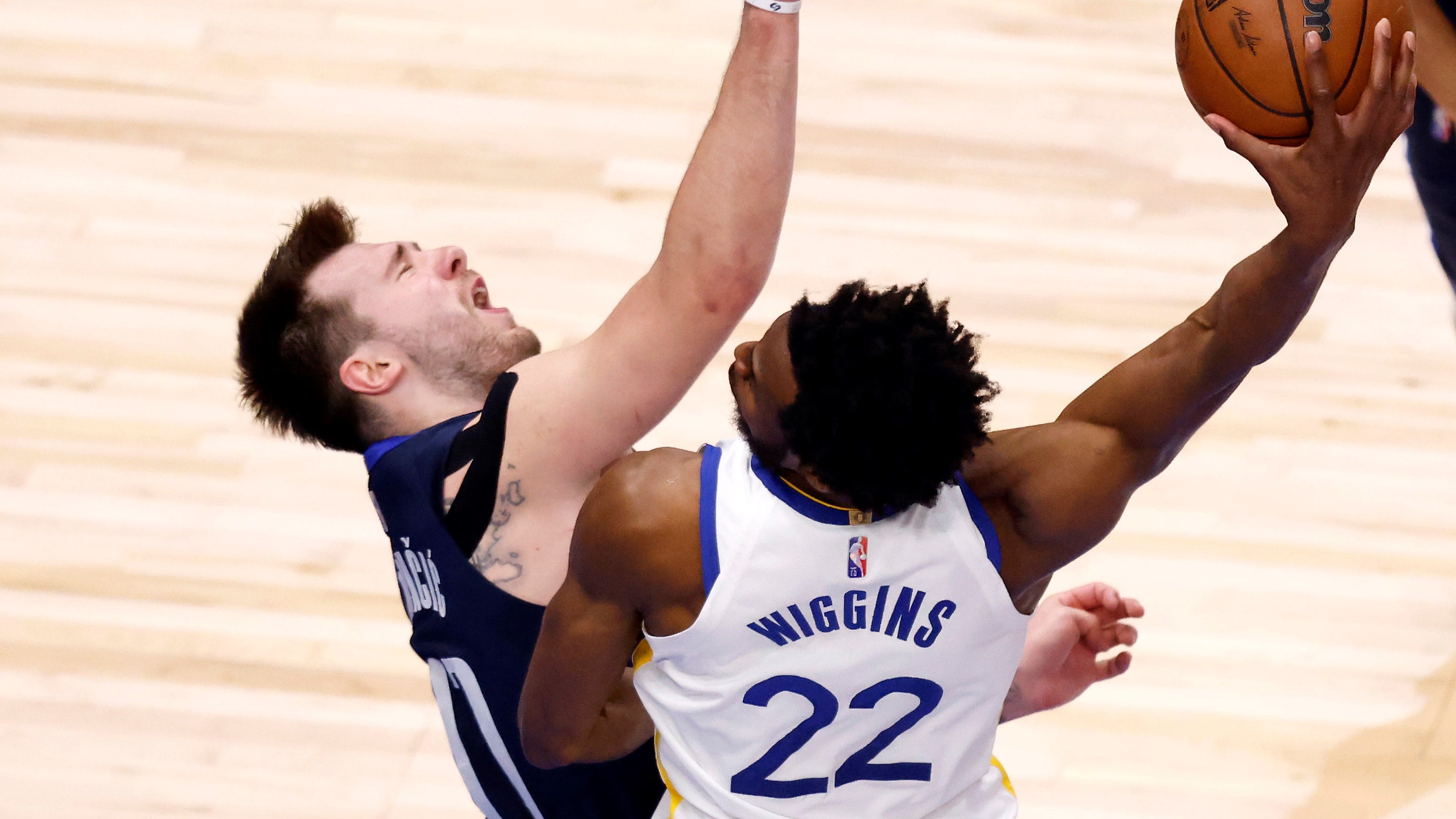 Luka Doncic's honest reaction to getting posterized by Andrew Wiggins