Before Wednesday night’s Game 5 matchup in the Western Conference semifinals, the Warriors superstar lifted the “whoop that trick” line from the Grizzlies anthem to describe Golden State gameplan to close out the series. About that.

The Grizzlies absolutely dominated the Warriors in a 134-95 rout on Wednesday night, leading by as many as 55 in an embarrassing performance for Golden State. During the fourth quarter of the blowout, the Grizzlies played “Whoop that trick” loud on the arena speakers and the PA man taunted Steph with a towel and said, “Steph Curry! In your face!”

WHOOP THAT TRICK… Steph and Draymond enjoying it. pic.twitter.com/rZuatdxO8N

Curry and Draymond Green seemed to take it in stride, as they even waved their towels and egged on the crowd.

"That’s what this whole back and forth is about, in terms of homecourt advantage and hostile crowds," Curry said. "You embrace all of that. It’s fun. When you get smacked you gotta find some fun in it."

"We got our ass kicked," Green said after the game. "That’s all right. But you don’t be a front runner. When you spew it you gotta be willing to take it and not hide from it, not duck from it, not run from it, embrace it. I appreciated the crowd tonight and the energy they brought to the game. If they wanna whoop that trick, we gonna whoop it together."

The Warriors were completely out of sorts from the get-go, committing 22 turnovers while the Grizzlies played great team ball without injured superstar Ja Morant. Green (five points) and Curry (14 points) sat with about seven minutes left in the third quarter, as it was already garbage time and they need to rest for Game 6 on Friday in San Francisco.

Curry is usually modest and doesn’t provide much bulletin board material for the other team with things he says. But this series has been full of extracurricular activities and Game 5 probably will be remembered forever as the Whoop That Trick Game.

"That was awful," Klay Thompson said, "It was embarrassing."

While Steve Kerr has been sidelined with COVID, the Warriors have played seven ugly quarters of basketball the past two games, the lone exception being the fourth-quarter effort in Game 4 which helped salvage the 101-98 victory. Still, the Warriors will carry a 3-2 lead back to San Francisco.

"Obviously, didn't pan out the way we wanted to," Curry said. "Still in control of the series, but gotta understand it's gonna be really hard to close out this team because they're a really good team. If we needed any more reminder of that, we got it today." 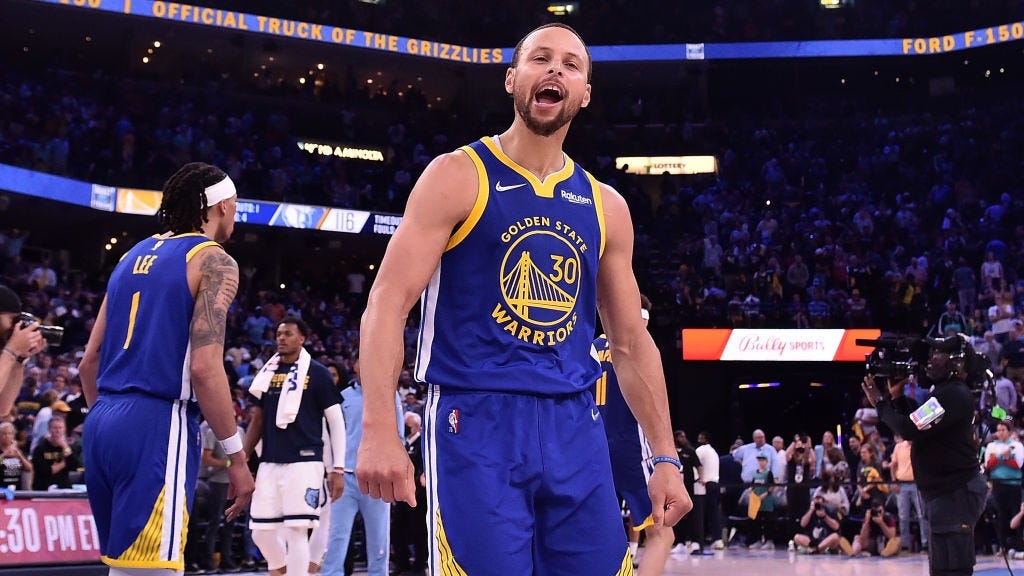