Klay Thompson’s return wouldn’t have been so epic if it weren’t for his personality. Throughout his 11 years with the Warriors, Thompson has stayed true to his unique and often goofy self.

While Dub Nation and much of the basketball world was wrapped up in the Klay Day madness at Chase Center Sunday night, Klay’s dad, Mychal Thompson, was busy broadcasting the Los Angeles Lakers-Memphis Grizzlies game at the venue formerly known as Staples Center. Mychal Thompson joined 95.7 The Game’s “Willard & Dibs” Monday morning at 10 a.m. PT – and by then, he’d yet to see the Klay Day highlights. Listen to the full interview above.

“I didn’t see it,” Thompson told hosts Mark Willard and Dan Dibley. “I was doing my Laker game. I was on the pregame show. I’ve been catching up on my Lifetime movies. I taped it, I’ll watch it later this afternoon. But I heard it went pretty well last night. He came out of it healthy and feeling good and natural. That’s what I’ve heard, so I’ll check it out later today. Maybe you guys can fill me in today, how was it?”

Lifetime movies over Klay Day. Very on-brand for Mychal Thompson, who goes by the name @champagnennuts on Twitter, where he’s an absolutely hilarious follow.

“I got home last night and I was watching a movie about the Nazis in 1944,” Thompson said. “So by the time I wanted to watch the highlights, I fell asleep. So, I’ll watch it later today.”

At least Klay got to celebrate with his brother, Mychel, at Chase Center. In the third quarter of Sunday’s game, where Klay dropped 17 points, he hit a third-quarter 3-pointer and charged down to the other side of the court to pump up the fans. Mychel sat in a front-row seat, as Klay highlighted in an Instagram post. Klay’s mom, Julie, got to share her son’s special moment in San Francisco, though.

“She was up there in the Bay supporting Klay,” Mychal said. “She would choose that over me any time. I wouldn’t even ask her to come to a Laker game as opposed to Klay’s game. That’s a lost cause.”

Upon hearing that his son took 18 shots in 20 minutes, Mychal said, “That’s good. He’s gotta make up a lot of time lost. Needs to get those shots up.”

A 13-year NBA veteran himself, Mychal Thompson also knows what it’s like to miss an extended period of time. After making the 1979 All-NBA rookie team with the Portland Trail Blazers, he missed the entire next season with a leg injury.

“This aint 20, 30 years ago in the stone age when I played in the NBA,” Thompson said. “Modern medicine has developed and produced and progressed so far in advance. We almost got to the Star Trek level now, where bones, we’ll just scan your body with some kind of laser over you and heal you. That’s how good these doctors are these days. I knew he was going to come back, because he had the best doctors taking care of him and best training. I wasn’t worried about that.” 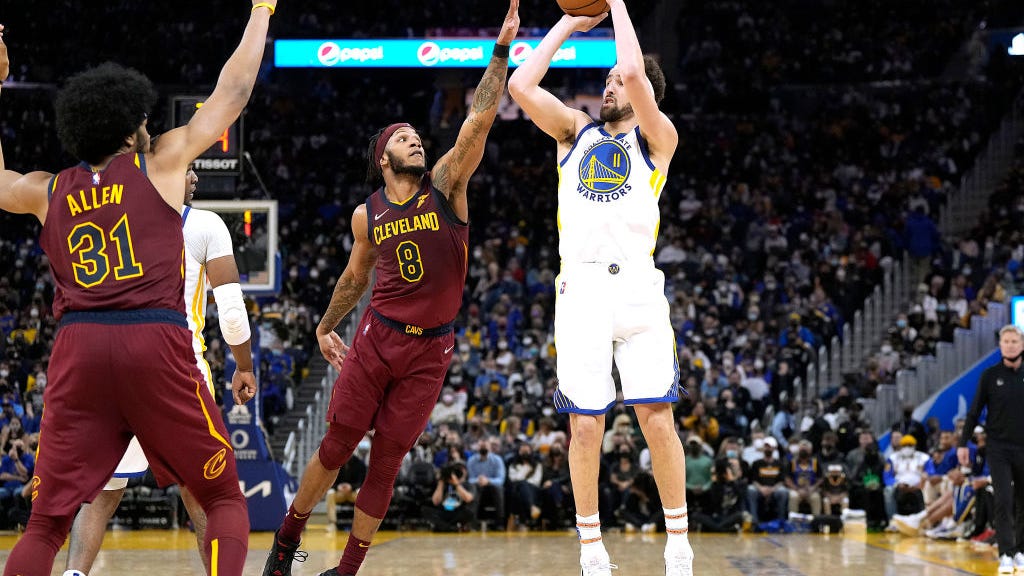