Robert Parish was usually considered mild-mannered when he was on the court. But during Game 5 of the 1987 Eastern Conference Finals, the Celtics legend lost his composure.

He delivered a few long-awaited blows to the face of Bill Laimbeer, the nasty Pistons center who was known for his cheap-shot antics and dirty play. On “Merloni, Fauria & Mego” Tuesday, Parish said he would give the same treatment to Warriors agitator Draymond Green.

“Draymond is an instigator. That’s right. He goes out of his way to provoke people,” Parish said. “That’s why he would’ve gotten punched. Because he’s an antagonist.”

Draymond Green starting needling the Celtics from the post-game podium and carried his antagonism onto the court in Game 2. After dismissing Boston’s Game 1 win, Green got tangled up with Grant Williams early and was whistled for a technical foul. He wasn’t penalized for grappling with Jaylen Brown later in the first half.

All night long, Green plowed through the Celtics and got away with it. He bragged about the leeway he receives after the game.

Parish predicts that Green’s antics will ultimately hurt his team.

“Both sides know that Draymond is a contrarian. Like I said, he’s a troublemaker, in my opinion,” Parish said. “He’s a fingernail away from letting his teammates down. In my opinion, he shows up the officials, and you cannot do that. They had to warn him. He was trying to start trouble with different Celtics players, trying to get them to do something out of character. Trying to provoke them to do something detrimental to their team. He kind of reminds me of Dennis Rodman a little bit, how he provokes: keep poking the dog, poking the dog. But sooner or later, the dog is going to bite you.”

Green’s comments may prompt the referees to officiate him more rigidly Wednesday night.

“I give the officials credit for their patience and leniency with Draymond. I like the fact they’re trying to let the players decide the outcome of the game and the series,” Parish said. “But Draymond is testing their patience. I say that, because of his comments after the game. He’s defiant, he’s daring the officials to throw his butt out of the game.”

We’ll see if Green gets what’s coming to him, at least in Parish’s eyes. 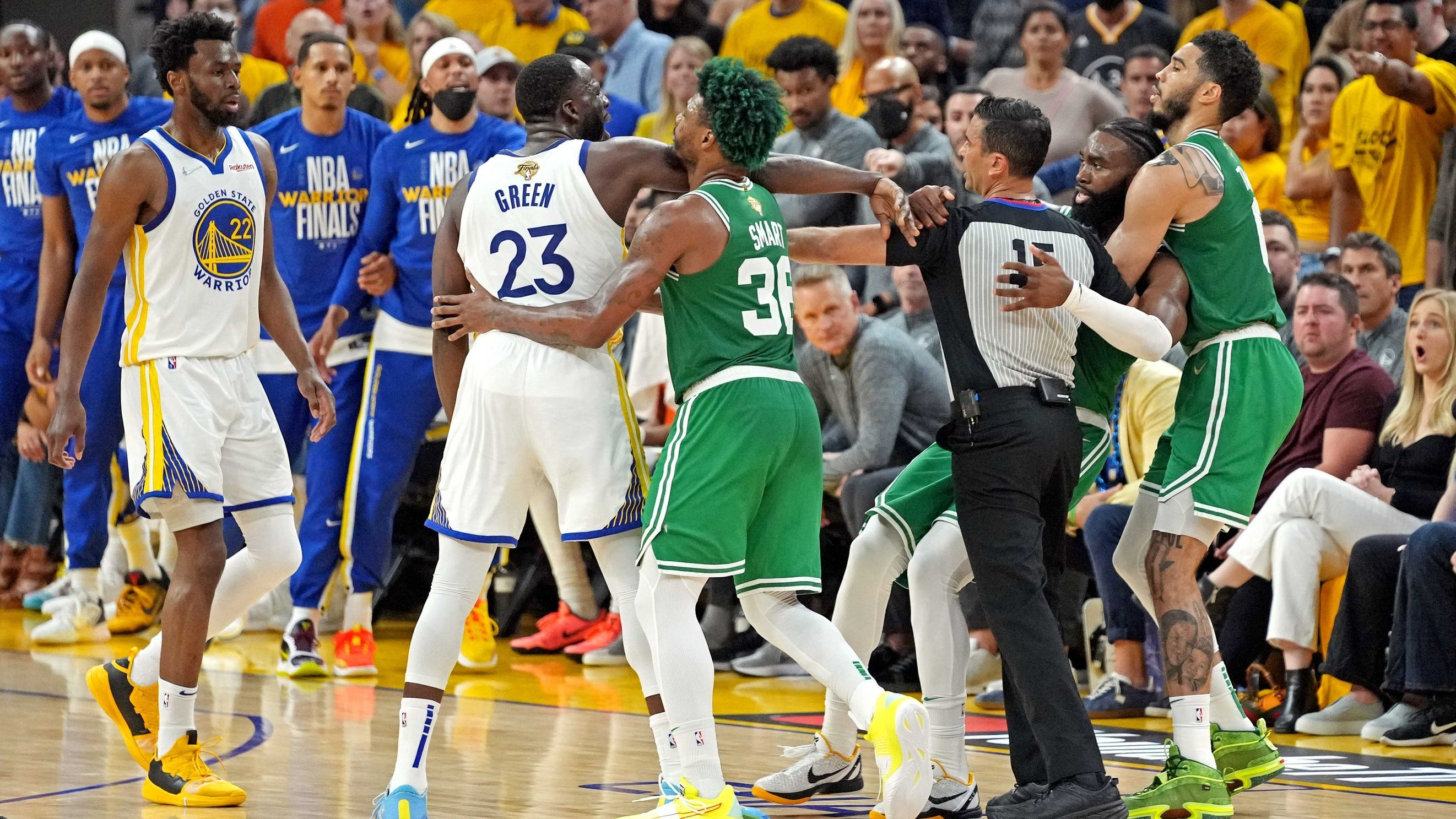