On a night when Steph Curry, Klay Thompson, Andrew Wiggins and Draymond Green were unavailable in the second game of a back-to-back, a makeshift Dubs squad shot the lights out against the Cleveland Cavaliers. Despite being without their top three 3-point shooters, the Warriors set a season-high in a half with 14 made threes before halftime en route to an unexpected 120-114 victory on Friday.

The Warriors were tested late, when the Cavs cut it down to four with two minutes to go, but made enough defensive plays down the stretch to escape with a win and a 3-2 road trip. You can make an argument it was their best road win of the season.

"Just a night where a bunch of guys came in and played with confidence, played with force," Warriors coach Steve Kerr said. "All these guys are earning roles and fighting for roles. When you get a win like this, and everybody feels good about themselves and their own games, gives you a little boost."

Golden State entered the contest as 10.5-point underdogs but led by as many as 20 in the third quarter, after JaMychal Green throw down an alley oop. The Warriors star vets were relegated to being cheerleaders from the bench but they had a lot to celebrate.

The Cavs were without star Donovan Mitchell but rolled into Friday’s game 10 games above .500. In all, Golden State went 23-of-43 (53.5 percent) from 3-point land, just two off their season high of 25 made 3-pointers this season.

Jordan Poole played like the top dog with the Warriors’ stars missing, scoring 32 points in 41 minutes, a night after playing 43 minutes in double overtime. He started things off with three straight 3-pointers and got a huge hug from Curry afterwards.

Poole had a forgettable sequence at the end of the third quarter, when he lost the ball, then fouled Cedi Osman on a push-off before an inbounds play. Poole then got a technical foul and a stern talking to from Kerr, before the coach put his arm around the 23-year-old to calm him down as the quarter ended.

"I’m gonna stay on Jordan. He’s continuing to grow," Kerr said. "I snapped in that moment. He looked at me like I was nuts. But it’s all part of it."

Steve Kerr is not happy at all with JP 😬 pic.twitter.com/w5A0zGjWBH

Two-way player Ty Jerome knocked down a clutch 3-pointer at the 1:39 mark to make it a seven-point game. Jerome finished with 22 points (9-of-13 shooting), just two shy of his career high, along with a career-high eight assists in 41 minutes.

Kevon Looney had a very Loon stat line, with two points and 16 rebounds in 32 minutes. Donte DiVincenzo played some great defense and had a solid all-around game, finishing with 17 points, six rebounds, four assists and four steals. Everyone chipped in Friday night.

The victory had shades of the Dec. 28 victory over the Utah Jazz, when the shorthanded Warriors stepped it up. Considering the Warriors had some great wins against the San Antonio Spurs and Washington Wizards during the trip, and went to overtime against the Boston Celtics, Golden State has to feel better about its ability to win on the road.

"Great road trip," Kerr said. "To win three out of five against good teams, guys coming back into lineup. On top of that, I think we had a lot of bonding on this trip. To go the White House and celebrate the championship and meet the President and Vice President, really spend a lot of time together. It was a great week. I'm really hoping that this is kinda the boost that we're looking for." 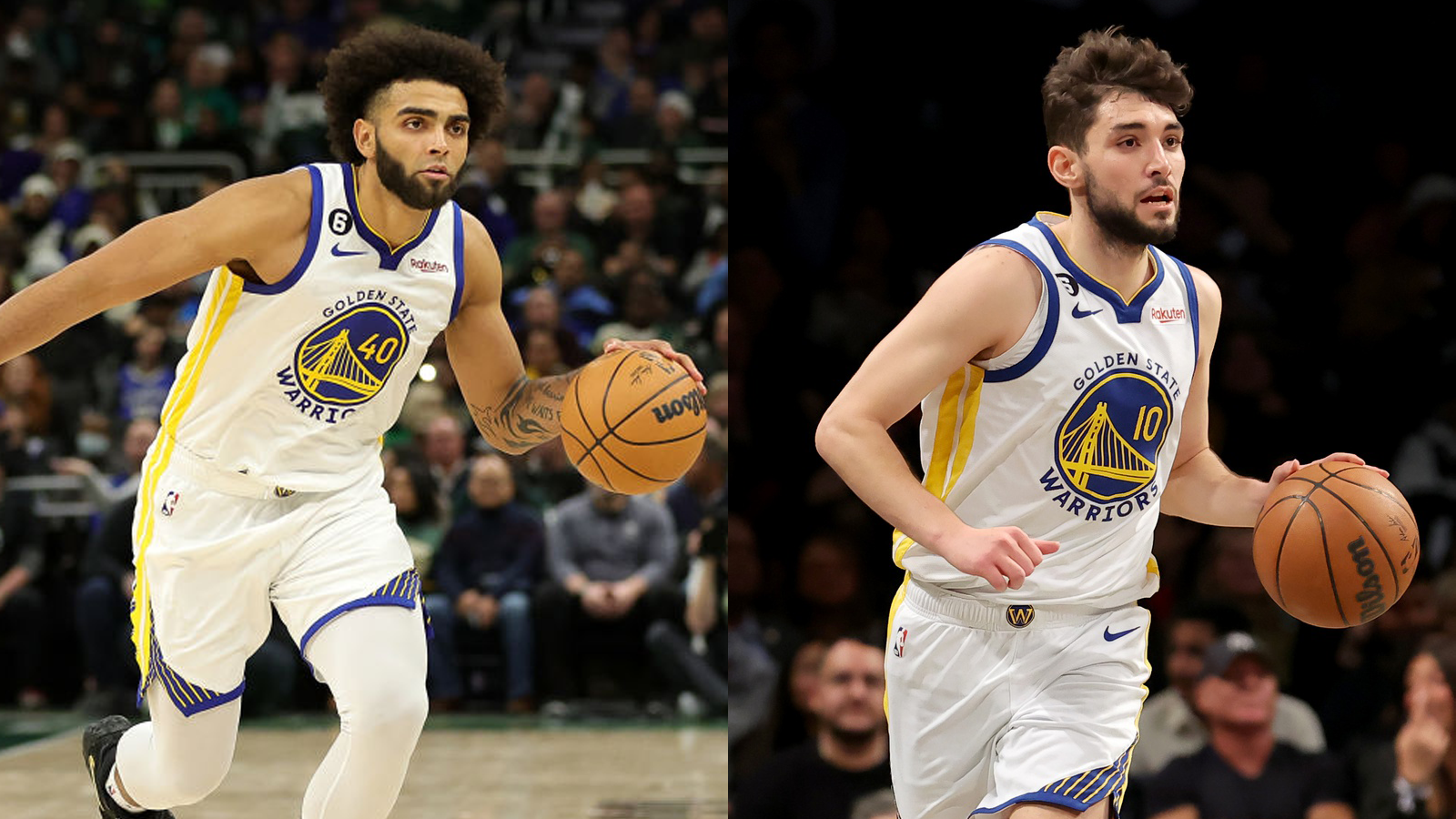