On Wednesday night, The Athletic’s Anthony Slater dropped a surprise report with Marcus Thompson II and Shams Charania that shook up the sports world. According to their report, Warriors star Draymond Green “forcefully struck” teammate Jordan Poole during Wednesday morning’s practice, which could lead to some internal discipline from the Warriors.

Slater joined 95.7 The Game’s “The Morning Roast” Thursday with Bonta Hill and Joe Shasky to give more details behind the Draymond-Poole incident and what could come next.

“I would say a suspension is on the table, but that certainly hasn’t been decided,” Slater said. “(Warriors coach) Steve Kerr is supposed to talk post-practice today. That should be an interesting availability.”

It remains to be seen if Green will address the media at Thursday’s availability or will make an announcement on his podcast.

“I’m obviously curious about his messaging,” Slater said. “Is it an accepting, ‘Yeah I shouldn’t have done that type of vibe or is it a little bit defiant in this situation? That in some ways may define the early portion of the season is going internally, is Draymond’s response.”

As of Thursday morning, Slater said the Warriors were still fleshing out the situation, where the franchise believes Draymond “crossed the line.” He also provided more context on the type of contact Green initiated or tried to initiate with Poole.

“That’s what it’s kinda been described to me as,” Slater said, “as a punch to the face area, swift hit.”

Slater said he didn’t know what precipitated the argument, which wasn’t the first altercation between the two that reached the public. Last November, Green and Poole had to be separated on the bench after a heated discussion.

“Jordan Poole and Draymond Green getting into it ’s not new,” Slater said. “Draymond and a lot of guys getting into it is not new, especially in a practice setting. … I don’t know the exact setting that this happened, but this happened. They got chest-to-chest during an argument and Draymond punched Jordan Poole. That became the big issue that the organization right now is still trying to sift through the aftermath of.”

As much as Green is a firebrand, Poole has always had confidence since he entered the league as a rookie in 2019. Chris B. Haynes of Yahoo! Sports reported Wednesday that Poole’s changing attitude due to an incoming nine-figure contract extension may have led to a “buildup” with Draymond, but Slater said confidence has never been an issue for the guard.

In the end, money could play a big role in the tension.

The Warriors’ current salary sits at about $359.7 million, per @GSWCBA, and could go up with the addition of a 15th player. It also marks something of a contract year for both Green, who has a player option for 2023-24, and Poole, who is entering the final year of his rookie deal but can sign an extension by Oct. 17.

As the contracts of Stephen Curry and Klay Thompson escalate in 2023-24, the Warriors might have to make some big roster decisions with Green, Poole and Andrew Wiggins, who is also playing out the final year of his deal in 2022-23. Warriors governor Joe Lacob told The Athletic's Tim Kawakami that spending in the realm of $400 million to $500 million on player payroll wasn't feasible.

“There’s a collision course going on and there’s a front office and ownership that is basically, pretty publicly stated that there’s a luxury tax line that you can’t go over," You can just do simple math. … Somebody’s gotta go, essentially, or somebody’s gotta take less money. Everybody’s money is colliding with everybody else’s money right now.”

If the Warriors are to suspend Green during the regular season, you'd have to think it wouldn't be on opening night, as they host the Los Angeles Lakers Oct. 18 and get their 2022 NBA Championship rings. It sounds like a headache for the Warriors’ front office, but Slater said the organization has the right leader in president of basketball operations/general manager Bob Myers.

“This is where Bob Myers is probably at his best from a GM perspective, dealing with this type of stuff,” Slater said. “Again, I do not know how the conversation went (Wednesday) night, or they’re going (Thursday) morning, but they’ve gone through this over the years.”

So, are we about to enter The Last Dance this season for the Dynasty Dubs, which started in 2014 when Kerr took over?

“I wouldn’t say that for sure,” Slater said. “One thing I have learned is to never say the Warriors dynasty is dead.” 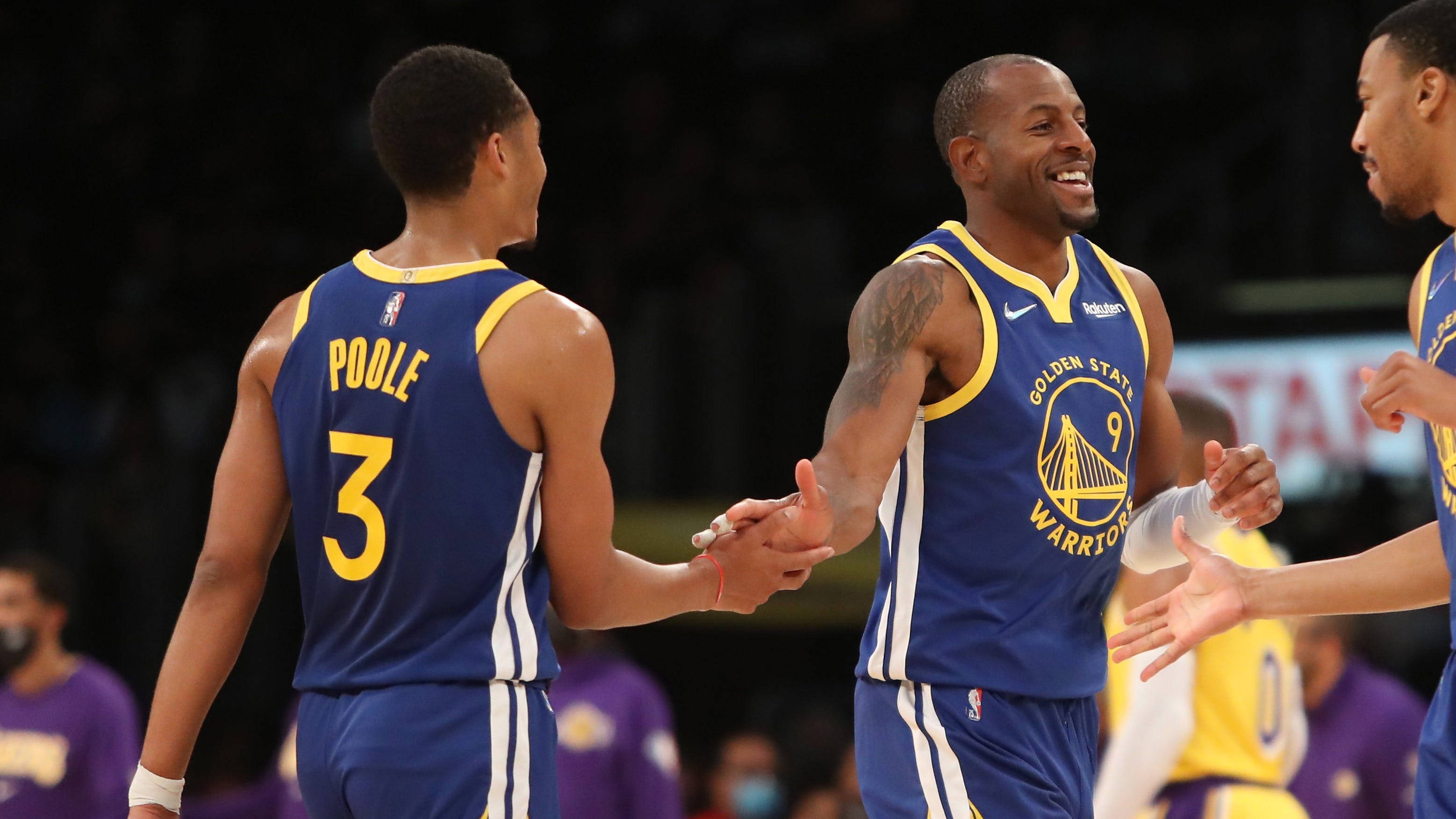