Both the Warriors and Milwaukee Bucks held their media days Sunday and Milwaukee superstar Giannis Antetokounmpo showed some love for Steph.

“I believe the best player in the world is Steph Curry,” Antetokounmpo said.

“I believe the best player in the world is Steph Curry.” - Giannis pic.twitter.com/CVzIqQtgNt

Once he was relayed Giannis’ comment, Curry only laughed.

“Thought you were making that up,” Curry said. “Thank you for telling me that. … I appreciate the compliment. It's not going to soften me up to get complacent at all. But you do appreciate the respect of your peers to say stuff like that, and I've been in the situation where I'm complimenting guys around the league a lot as well.”

Steph appreciates Giannis labeling him the best player in the world 🤝 pic.twitter.com/SMIYdwb0PN

Giannis said it’s all about championships when talking about the best player in the league.

For what it’s worth, Steph owns a 9-4 career record against Giannis in head-to-head matchups between the two-time MVPs. The Warriors and Bucks will only play each other twice this regular season, but could meet each other in the 2023 NBA Finals.

Curry said he wants to keep his prime going in Year 14. If anything, he feels like he still has something to prove.

“It'd be dumb to try to nay say us and actually think people are going to take you seriously,” Curry said. “But we also know a lot goes in to winning a championship and it's not a guarantee every year, no matter how much of a chip on our shoulder we have. You just kind of embrace the work and the motivation.” 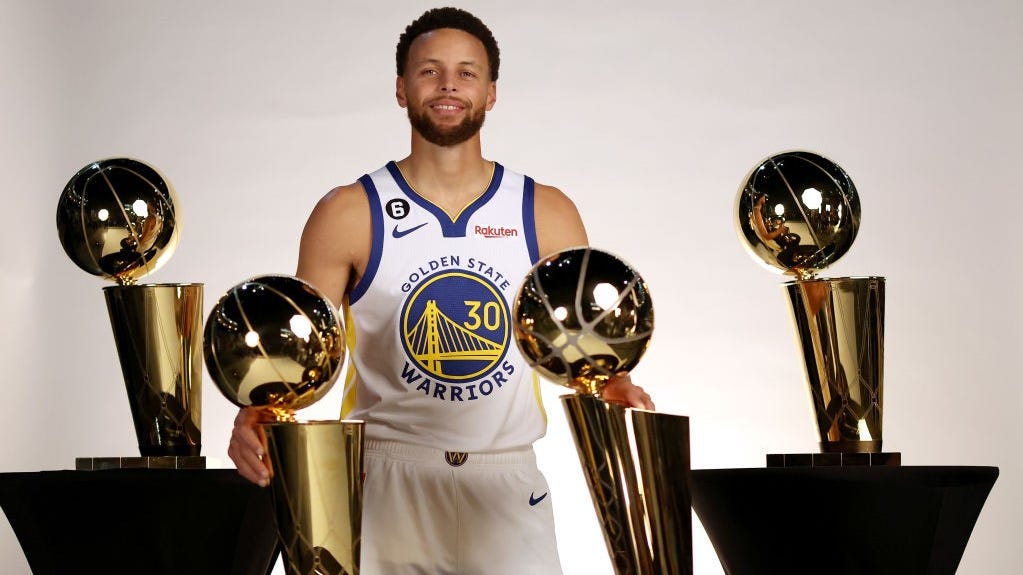