Steph Curry nearly had a disastrous finish to the first quarter of Monday night’s contest against the Orlando Magic. TV cameras caught Warriors coach Steve Kerr pounding his fist in frustration on the bench after the Dubs turned the ball over in transition and gave up an easy bucket and Curry fouled R.J. Hampton on an and-one attempt. Then Curry lost the ensuing inbounds pass and Gary Harris Jr. snuck in another quick bucket.

He did his best to make up for it, though.

As he’s done various times throughout the season, Curry knocked down a buzzer-beater to end a quarter. This time around, he used a behind-the-back dribble to shake Harris and then banked it in from 37 feet.

This is getting ridiculous, Steph 🤣

Curry just turned around and headed to the bench, barely celebrating because these kind of moments are old hat for him. Curry finished the first quarter with nine points after going 3-of-3 from long distance and 3-of-5 overall.

Curry also knocked down a third-quarter buzzer-beater on Saturday against the San Antonio Spurs that enraged Gregg Popovich.

Just another night for Steph at Chase Center. He has an ongoing competition with Jordan Poole on halfcourt heaves, so he probably chalked up another ‘W’ with this one. 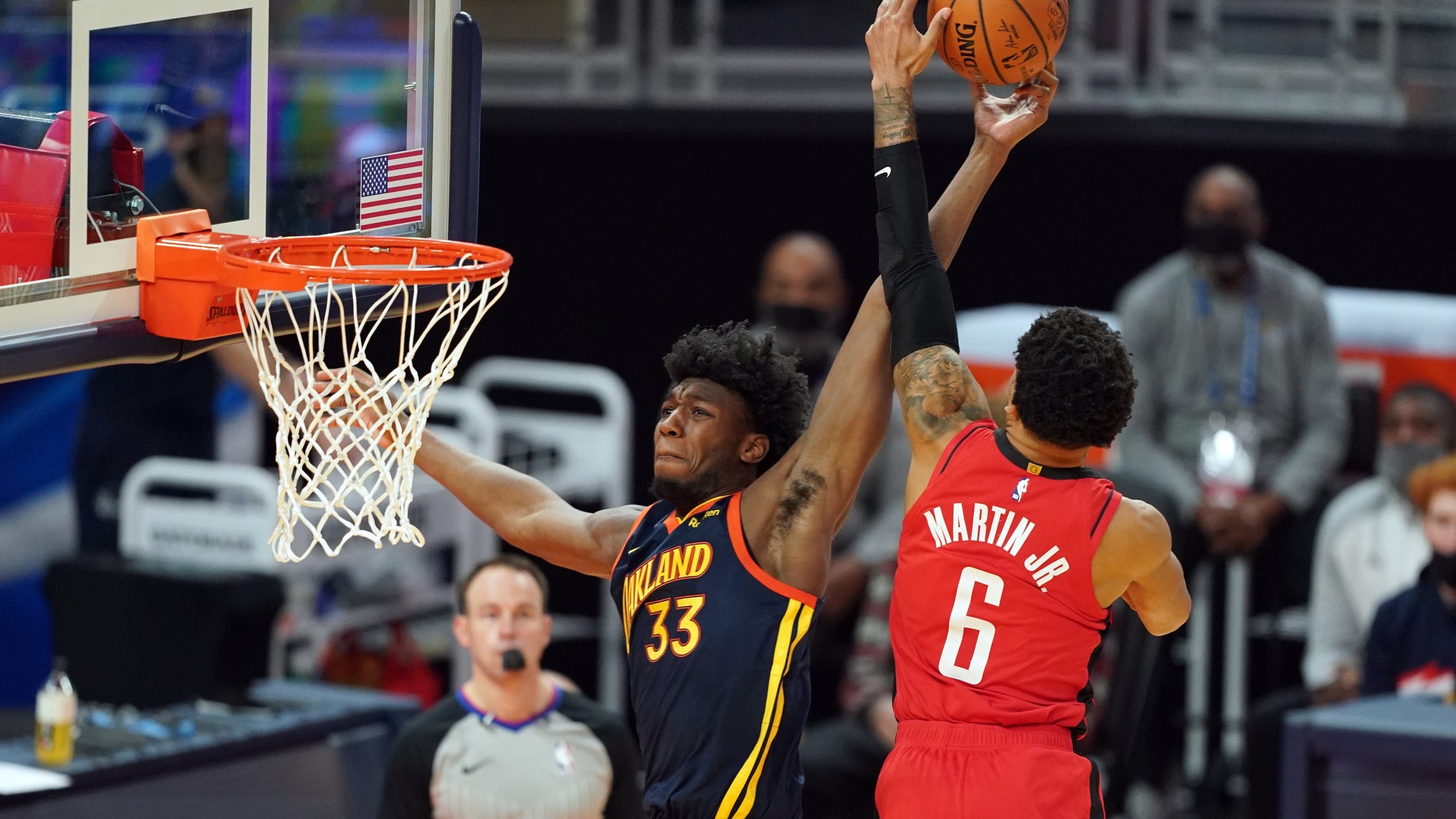 James Wiseman still not scrimmaging, might not return 'til 2022