At least Steph Curry snuck in a few smiles on Wednesday night.

The mood is dark around the Dubs these days, as they fell to 6-9 overall and 0-8 on the road with a 130-119 loss to the Phoenix Suns. What made the ‘L’ so tough, obviously, was that Steph dropped the 11th 50-point game of his career and they still lost by double digits. He went 17-of-28 from the field and 7-of-11 from 3-point land, with nine rebounds and six assists but it still wasn’t enough for a ‘W’.

Every time the Warriors play the Suns this season, it’ll be special though, as he gets to square off against his brother-in-law Damion Lee. Following the final buzzer, Curry got to share a moment of levity with Lee and his nephew, Daxon.

Steph was left hanging by his baby nephew Daxon 😂 pic.twitter.com/XjP10BRWwS

The two were matched up with each other throughout the night and Lee even wore Curry’s new Sour Patch Kids shoe that fit nicely with the Suns’ light blue City Edition jerseys. Lee had a solid game off the bench, going 3-for-3 from beyond the arc en route to nine points and a +11 in the box score.

Earlier in the game, Steph appeared to give Lee a funny side-eye after they exchanged words on the court.

Steph and Damion Lee having fun 😁

There are bigger things than basketball. Steph, renowned as a supreme family man, knows that well. Despite the Dubs’ struggles, Curry still knows how to find joy in every game he plays. 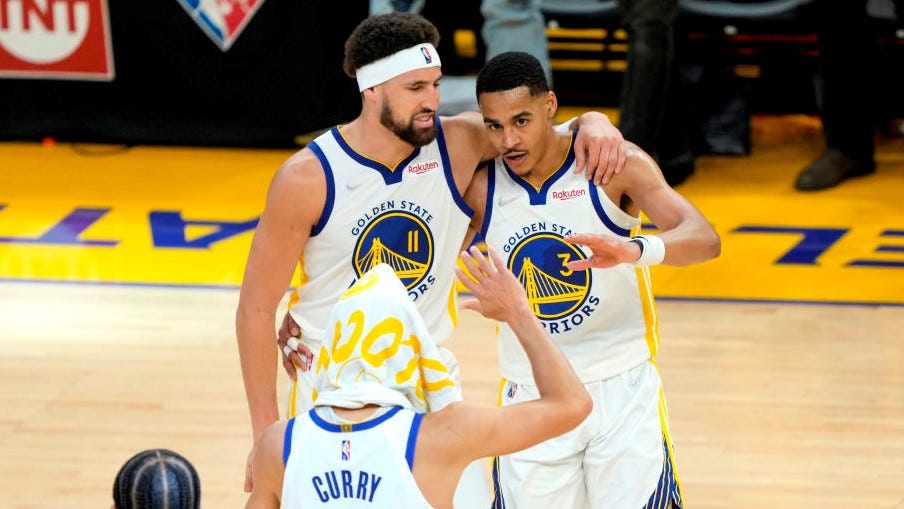