Steph Curry is used to seeing himself in the NBA 2K video game series. But golf? That’s a new one for the Warriors superstar.

The 2K studios announced Monday morning that Curry will be a playable character in the PGA Tour 2K23 edition, which has got to be cool for Steph and sports fans alike. I can’t recall seeing a video game crossover like this.

Check out some images and video of Steph in his golf garb.

His swing's as clean as his jumper! 👨‍🍳
Play as @StephenCurry30 in #PGATOUR2K23!
Pre-order today! https://t.co/tWymSPFDeg pic.twitter.com/V3mE7DN9s8

PGA Tour 2K23 has announced that it will add Steph Curry as a playable character 🎮 pic.twitter.com/mSr6IyngAO

2K also shared video of the moment Steph learned he'd be in the game, as he was taking hacks at a driving range.

Curry is a huge golf fan, who usually makes an annual appearance at the American Century Golf Championship at Edgewood in Lake Tahoe. Steph has also started up a junior golf tour called Underrated, which is designed for minorities aged 12-18 and makes stops around the country.

The video game addition is just more gravy for Steph, who continues to build his brand and set himself up as a business mogul after basketball. 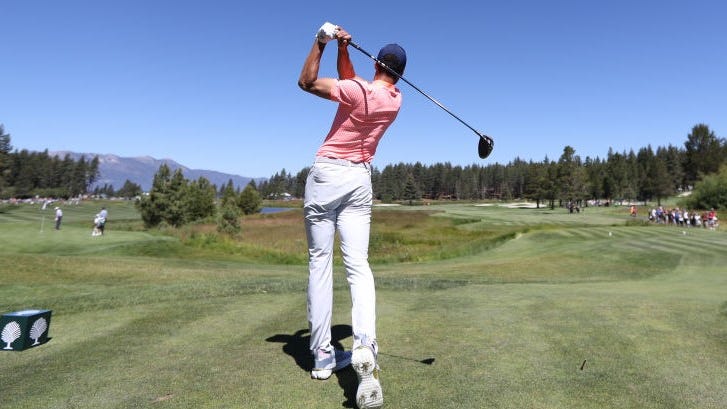