While he was breaking NBA records and leading the Warriors to their sixth trip to the Western Conference Finals in eight years, Steph Curry was also doing some homework in his free time.

Twelve years after his expected graduation date, Curry earned a sociology degree from Davidson University this weekend. He couldn’t make the trip to North Carolina to put on his cap and gown for the commencement ceremony, but a Curry cardboard cutout was in attendance and they announced “Wardell Stephen Curry II” as a 2022 graduate. Warriors PR even put on the classic graduation song “Pomp and circumstance” as he stepped up to the podium Monday to talk about his degree and the upcoming matchup against the Dallas Mavericks in the Western Conference Finals.

In order to earn his Bachelor's, Curry said he authored a thesis on advancing gender equity through sports.

Curry has become a champion of women’s basketball over the years and recently showed up to a press conference in some WNBA gear when the team celebrated 2022 opening night. Steph has struck up a close relationship with women’s hoops star and Bay Area native Sabrina Ionescu, among others, while also appearing recently on the NCAA Women’s Final Four broadcast with Diana Taurasi and Sue Bird. Curry’s SC30 inc. has signed UConn women’s hoops star Azzi Fudd to a name, image and likeness deal. Steph is also a proud papa to a couple of young girls in 9-year-old Riley and 6-year-old Ryan Curry, who are big supporters of Stanford women's basketball.

“Got to analyze some of the things I’ve done since I’ve left school and apply a sociological lens to it,” Curry said. “And understand  how a lot of people are promoting gender equity through their voice, their platform, their financial investments and their time.”

Imagine that. Curry is making $45.8 million this year but still had to sharpen his No. 2 Ticonderoga pencil and submit his essay by the due date.

Aside from a promise he made to his mom, Steph had extra motivation to get his degree: Davidson wouldn’t retire his No. 30 jersey unless he graduated. Most basketball fans first heard of Steph when he burst onto the scene with No. 10 seed Davidson in the NCAA Tournament as a skinny sophomore in 2008 and led the Wildcats to the Elite 8. It took him a bit longer than expected, but his number should be in the rafters at Belk Arena.

“That’s a huge part of the whole experience, now being an official alum, alumnus,” Curry said. “Understanding the traditions of Davison and the necessity to have that degree and that ceremony. We haven’t figured out when that’ll be or anything like that, but it’ll be special to kinda see that cemented. Had an amazing time of my life when I was there, all the teammates I played with, coach (Bob) McKillop is still there doing his thing, representing the program that he built. Being part of that history means a lot.”

Curry is just the latest high-profile athlete to make a return to college, as former NBA star J.R. Smith has excelled as a student-athlete on the North Carolina A&T golf team.

Curry said he also interviewed his Golden State teammates about their tattoos for another paper he had to write.

“My guys helped me out on this research project I had to do,” Curry said. “They got to talk about some of the tattoos and the meanings behind ‘em and all that type of stuff. I got to use that as some solid data. It was just analyzing tattoos and culture, from an athletic lens, in terms of meanings, reasons, timing, regret and all types of stuff that comes out of those conversations.”

Coach Steve Kerr, who is set to return after missing the final three games of the second round series due to COVID, said it’s enjoyable to see Steph continue to push himself in other pursuits.

“It doesn’t surprise me,” Kerr said. “We have guys who are really conscientious about the world beyond basketball and their impact in their communities. Steph is a really curious guy, he’s constantly trying to expand his horizons. Getting his college degree was really important. I think it’s fantastic.” 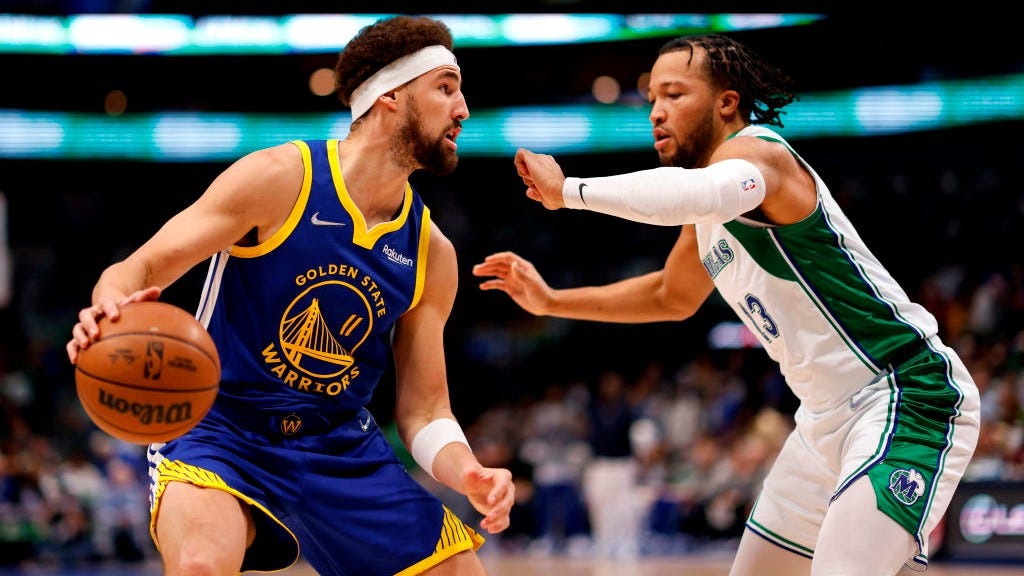