Promising Warriors rookie Jonathan Kuminga has been dealing with foul trouble while filling in as a starter for Draymond Green over the past few games. Maybe Lance Stephenson knew.

In the second quarter of Thursday night’s ugly 121-117 loss to the Pacers, Kuminga was whistled for a technical foul after elbowing Stephenson in the midsection.

Stephenson, who is known for some antics on the court throughout his career, may have embellished a bit, but it worked. The Pacers missed the free throw, so in in the end there was no harm (but, yes foul) for Kuminga.

Steve Kerr on this Jonathan Kuminga technical last night: "Definitely a flop. Wasn't much of an elbow there. He probably didn't deserve it. But that stuff happens."https://t.co/8VtV72AaQE

After being out of the NBA the past two seasons, the 31-year-old Stephenson has played in 16 games this season with the Atlanta Hawks and Pacers. In his first home game at Indianapolis this season, Stephenson dropped 20 in the first quarter. He still plays his air guitar on the court. This won’t go down in internet history like the time he blew air in LeBron James' ear during a game, but was still a notable moment nonetheless. 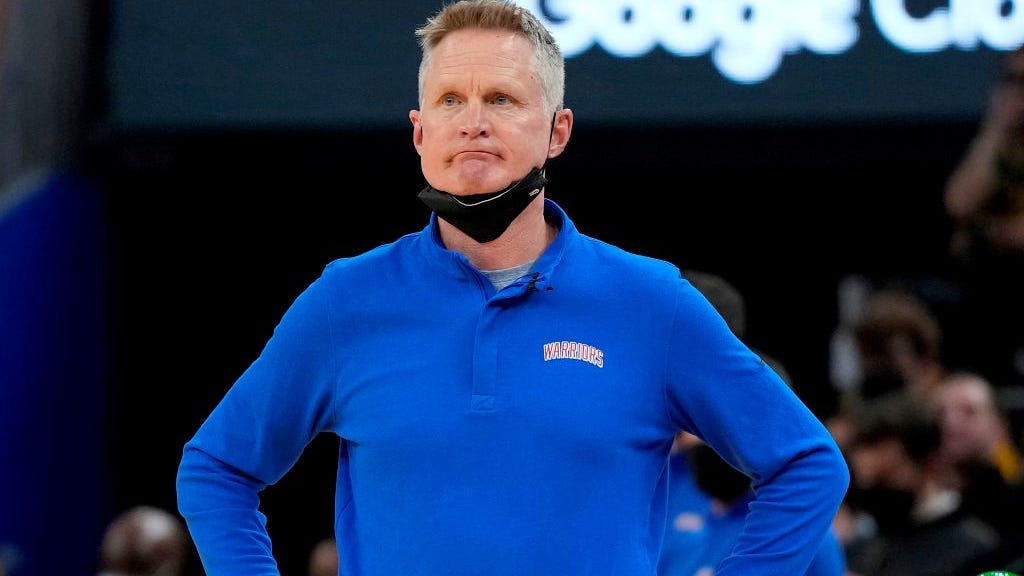 Steve Kerr blames himself for Warriors' poor performance vs. Pacers