The Draymond Green-Jordan Poole punch saga took another turn Friday, as TMZ published video it obtained from the incident.

The video confirmed the original reporting from The Athletic on the altercation, as Green and Poole could be seen chirping (though it seems indirectly) before getting chest-to-chest. Poole shoved Green, who then responded with a quick punch to his face, which dropped JP to the ground.

Here’s some takeaways I had after watching the clip:

TMZ obtained the video of the altercation between Draymond Green and Jordan Poole at practice https://t.co/55rMnBqAVG pic.twitter.com/k02BGsBo8G

This is all on Draymond

Gathering from the comments of Warriors president of basketball operations/general manager Bob Myers, coach Steve Kerr and superstar Steph Curry Thursday, they felt this situation had to be rectified by Draymond. Now we see why.

Chirping and scuffling in NBA practice is nothing new. Shoving is part of the deal too. But the instant Draymond pulled out a quick punch, it became too much.

Adding to the bad optics, it didn’t appear Poole was directly talking in his direction. There’s no audio on the clip and for all we know Poole was being passive-aggressive and talking to the “court” but really talking to Draymond. But the fact Green walked a good 20-30 feet over there paints him as the clear instigator.

After he threw the punch and Poole crumpled, Green stood over him ostensibly to assert more dominance. The 32-year-old clearly lost his cool.

Take a look at sage Warriors assistant coach Ron Adams, the shorter guy in the glasses with the gray sweater. He knew something was coming.

As Draymond stalked over to Poole, Adams slowly followed his star. When Draymond threw the punch, he made a futile attempt to stop it, but could only put his hands on his hips in disgust once Draymond clocked him.

Adams has been an NBA coach for 30 years and has been by Kerr’s side at Golden State since 2014. He’s seen this type of stuff before, but even this had to have been jarring.

Welcome to the squad, boys!

I believe Wednesday marked Ty Jerome’s second practice on the Warriors. He was standing on the corner of the floor between Poole and Green before all the drama went down and had a front row seat to the whole thing. Ditto for second-round pick Ryan Rollins.

Now, perhaps if that was Klay or Steph, they could have felt an urge to step in before things escalated. But as the new guys? They were probably just curious bystanders.

It seems like the only player who saw the punch brewing was Andrew Wiggins.

As Draymond walked over from one side of the court, Wiggins walked over to the other and was one of the first on the pile to separate the two teammates.

Wiggins is one of the nicest guys on the team and has grown close to Poole since joining the Dubs, so you know he didn’t like to see the whole thing go down. 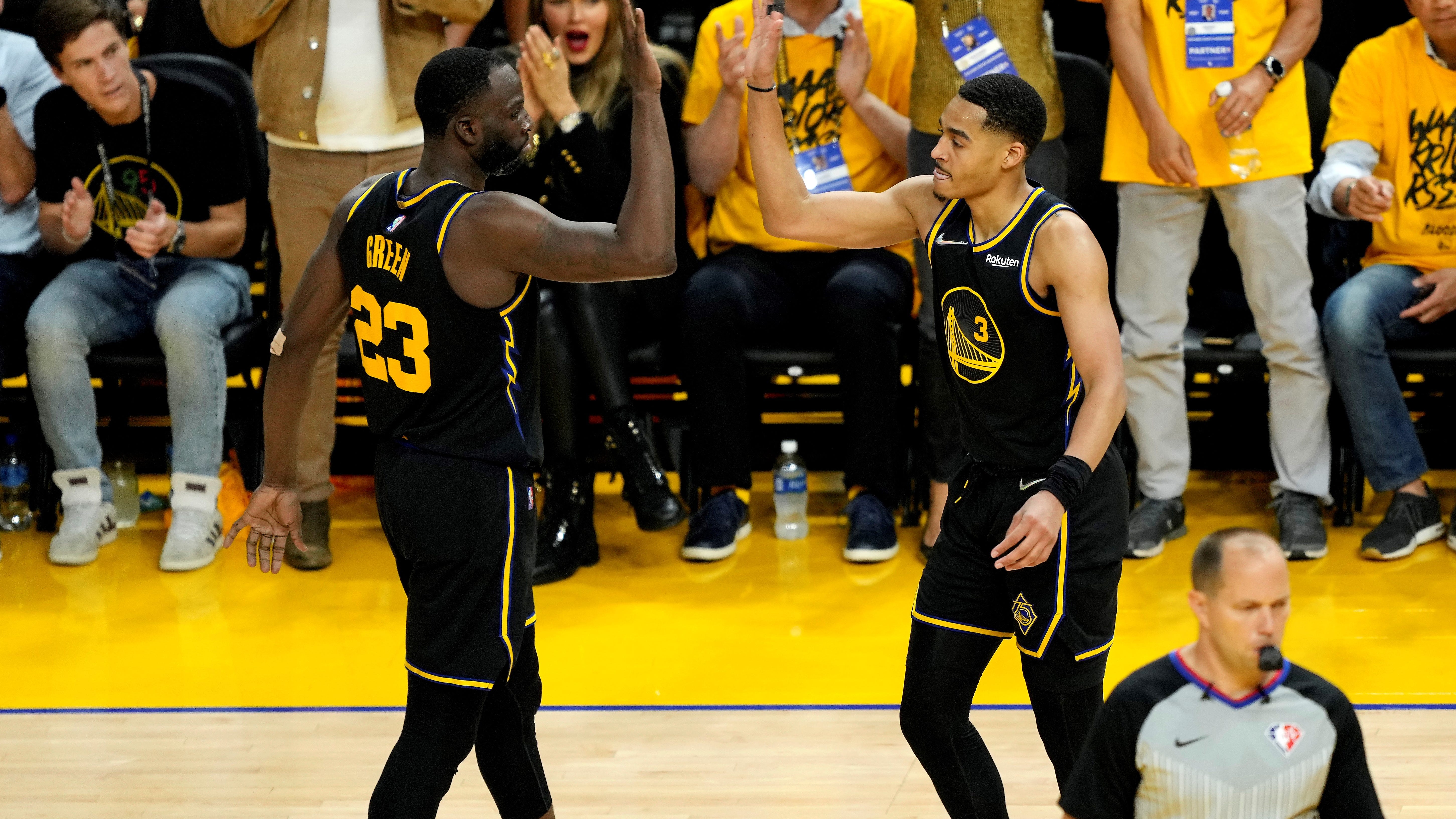