SAN FRANCISCO — Klay smiled after the third one. He fist-pumped after the fourth one. He nodded his head as he ran down the floor after his seventh. After his eighth and final 3-pointer of the night, Klay went absolutely ballistic.

With about three minutes left and the Warriors trying to close out the Grizzlies in Game 6 of the Western Conference semifinals, Steph Curry launched a 3-pointer but it rimmed out to the free-throw line. Kevon Looney was in the right spot at the right time. Because of course he was. He grabbed one of his 22 rebounds on the evening and looked to the wing, where Klay Thompson was standing all by his lonesome.

You know what happened next. Splash. Roar. Pandemonium.

Then Klay ran down to the other side of the court and raised his hands as Dub Nation went wild. The Grizzlies had to call a timeout, but there was no stopping this torrent of energy.

Klay held up all five fingers for his left hand. The index finger pointed up on Thompson's right hand. Six. The legend of Game 6 Klay grows.

Game 6 Klay was beyond fired up 🔥 pic.twitter.com/MccNfnTyYK

The Man. The Myth. The Legend … GAME 6 KLAY pic.twitter.com/T9gliPVLG8

There was perhaps no greater moment of euphoria in the history of Chase Center. No greater rush of pure human emotion.

"That was the loudest I think I've ever heard it," Curry said. "I didn't even go crazy. I just took a second to look up and embrace it and enjoy the experience. It was really dope."

Klay’s bucket pushed the Warriors’ lead to 13 en route to a 110-96 victory. With it, Golden State clinched the 4-2 series win and is headed to the Western Conference Finals for the sixth time in eight years and first since 2019. Klay finished with 30 points, eight 3-pointers made and eight rebounds.

"You know how Klay is with Game 6s," acting Warriors coach Mike Brown said. "What a time to step up. He was fantastic."

Arguably Thompson’s greatest high and greatest low have each occurred in a Game 6. Dub Nation will never forget the time he exploded for 11 3-pointers and 41 points in the 2016 Western Conference Finals against the Oklahoma City Thunder en route to a title.

The last time Klay played in a Game 6 before Friday night, it was Game 6 of the 2019 NBA Finals, when he tore his ACL and it marked the beginning of his two-and-a-half year odyssey to get back to the court. On Friday night, Thompson played a team-high 42 minutes.

So, what is it about Klay and Game 6?

"I have no clue," Thompson said. "I love the moments. I love the pressure."

When he was struggling through rehab or cruising on his boat to pass the time, Thompson could only daydream about this. No one needs to pinch him any more. When you think about the 941-day hiatus, you can't help think about that evening in late November, when Thompson sat on the bench for 35 minutes after the game with a towel draped over his head, lamenting the opportunity to ball between the lines.

Given everything he's been through since June 2019, Friday night's Game 6 had some extra oomph to it.

"It felt better, honestly," Thompson said. "Especially the perspective I've gained from the injuries I've had."

As Klay walked off the floor, he clenched both of his fists high, showered by cheers from the crowd as he disappeared to the tunnel. He’s back. So are the Dubs in the Western Conference Finals. 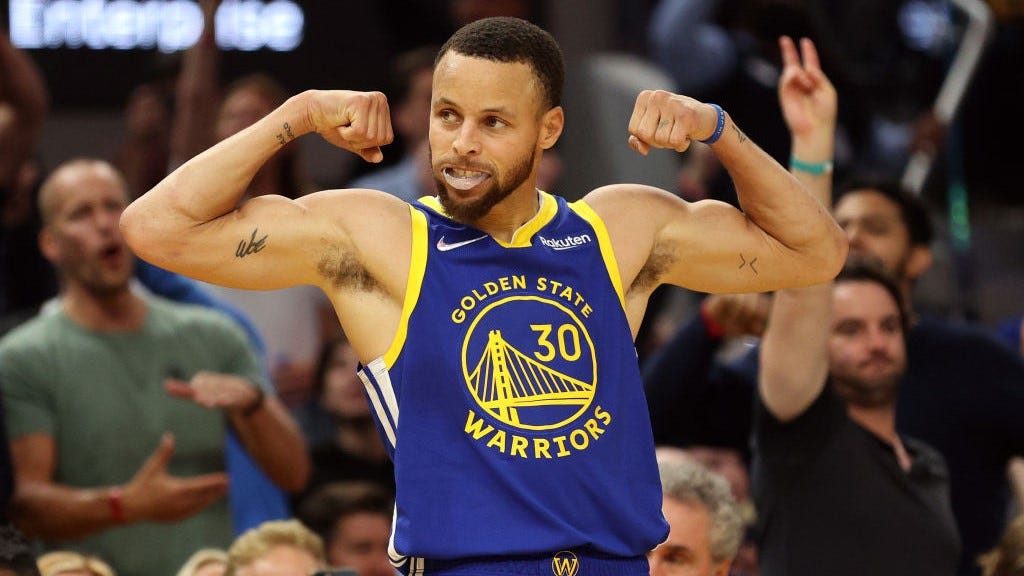