No one is safe from Draymond Green’s trash talk. Not even legendary NFL quarterback Peyton Manning on his own TV show.

During Monday night’s 31-10 49ers win over the Los Angeles Rams, the Warriors forward joined Peyton and Eli Manning on ESPN2’s “‘Manning Cast” in the third quarter for some fun and spirited banter.

Green started off his broadcast by saying, “To this day, I still enjoy watching football more than I enjoy watching basketball.” Here’s a few highlights from Green’s appearance with the Manning brothers.

When prodded by Eli to talk some smack on Peyton, his older brother, Green didn’t hold back.

“I’d tell Peyton -- as great as you’re supposed to be, the Colts cut you,” Green said.

Peyton is learning to have tough skin on the #ManningCast 😭 pic.twitter.com/CDuKG3E45r

Ouch. After Green made his comment, he even grimaced as the comment hung awkwardly in the air.

Then Eli had to come save the day with a laugh.

Green isn’t wrong, though. Following a 14-year run with the Colts, Peyton was released in 2012 following a series of neck injuries and the team’s selection of Andrew Luck with the No. 1 overall pick. Peyton, of course, went on to win Super Bowl 50 with the Denver Broncos.

Green can still remember all 34 of the players who were selected in front of him in the 2012 NBA Draft.

“I’ll never forget that, Peyton,” Green said. “As great of a day that was for me, that was a very dark day. Going from National Player of the Year to the second round was brutal.”

Draymond can name all 34 players that were drafted in front of him 😳 pic.twitter.com/wIdWX2fRUE

He listed the first nine picks on the air Monday night before Peyton eventually stopped him.

Back in 2011, the Michigan State football team let Draymond suit up as a tight end. The footage is unflattering, as it features a false start from Green, him getting locked up by defensive backs and a sorry attempt at a pass catch.

Green defended his false start, saying the defenders drew him offsides by yelling the snap count.

Green discussed his new podcast called “The Draymond Green Show” which will debut soon on The Volume network, which was co-founded by Colin Cowherd.

“What I’m extremely excited about with the podcast, is you can kind of just go on and give your answers and you don’t have to stop and there’s not really a time limit,” Green said. “I can talk about what I want to talk about on there as opposed to someone else guiding the interview. I can take it to where I want to. I’m looking forward to it..”

Green offered some interesting insight on how opposing teams play against him and Steph Curry. He noted the similarities between his role on defense and Steph’s role on offense.

“What they do to Steph is try to take him out of the offense,” Green said. “They trap him, they try to get the ball out of his hands and make other people make plays and make shots. For me, on the defensive end, they’re trying to move me out of every set.”

All good with Barkley

Draymond and Charles Barkley traded barbs over the airwaves throughout the years, but all of that was defused when Green joined Chuckster on the TNT “Inside the NBA” set last year. Green said Barkley immediately disarmed him with a warm greeting and he grew to respect and like Chuck.

Things are all good between @Money23Green and Charles Barkley 🤝 pic.twitter.com/9A1MSgjWnE 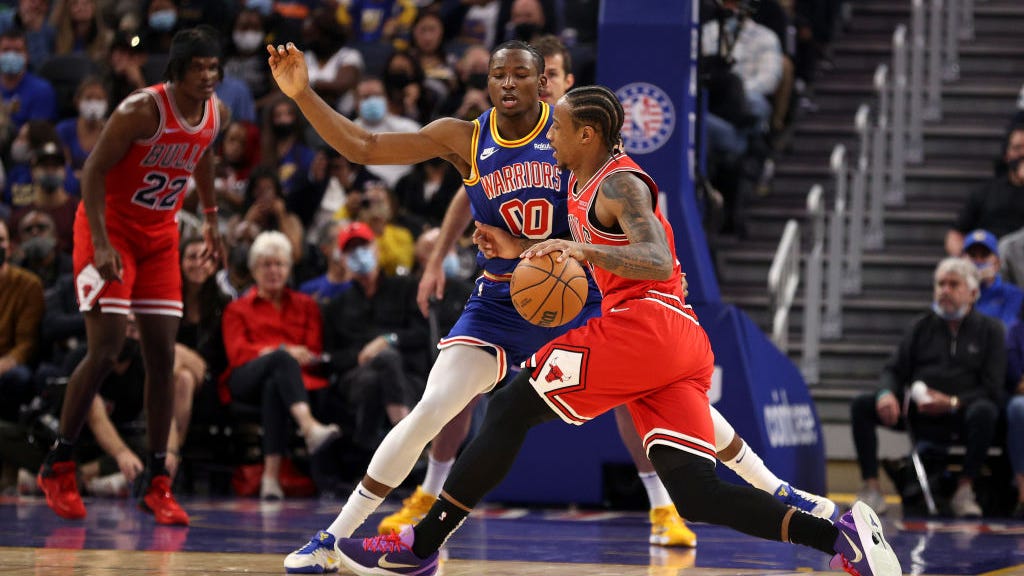