The Warriors don’t want to hear any Jordan Poole slander.

The “behavior” of the 23-year-old fourth-year guard was referenced as a possible reason behind Wednesday morning’s argument between Poole and Draymond Green, which eventually led to Draymond punching his teammate. Green didn’t participate in Thursday’s scrimmage and the franchise said it will handle his punishment internally once it makes a decision.

As the news unfolded Wednesday night, Chris B. Haynes of Yahoo! Sports sent out this tweet that the Warriors have since denounced.

“There was a specific tweet that was put out yesterday, insinuating that JP’s attitude or something has changed since he’s been in this training camp or whatever time window they talked about, it's absolute B.S.,” Curry said. “Andre addressed it yesterday with his tweet. You kinda leave it at that. JP’s been great. There’s nothing that warranted the situation yesterday. Make that clear.”

Other players like Klay Thompson have frequently touted Poole’s work ethic since he arrived at Golden State, as he worked his way through rookie season struggles to ascend to a big role in his third season in 2021-22.

Now his reps are having “ongoing” talks with Warriors president/general manager Bob Myers regarding an extension to Poole’s rookie deal, which could be in the neighborhood of Tyler Herro’s four-year, $120 million deal, that also includes $10 million in hard to reach incentives. If the two sides can’t strike an accord by Oct. 17, Poole will become a restricted free agent in 2023-24.

Sure, Poole is a confident trash talker and so is Draymond, but the 32-year-old veteran clearly went too far.

From the optics and what the team is saying, this incident falls flat at the feet of Draymond. Perhaps someone from his camp or with his interests in mind was just trying to plant the seed of doubt about Poole.

“There is a report that I was made aware of last night, someone put out there that Jordan had an attitude,” Kerr said. “Nothing could be further from the truth. He’s been fantastic. So, disappointing to see misinformation out there. I wanted to make sure I set the record straight on that. Everything else we will handle internally.”

This is certainly a situation worth monitoring, given the emotion that was displayed Thursday. Myers seemed truly disappointed in the whole matter, Kerr is protecting his team and Steph knows he needs to step into an even bigger leadership role since Draymond is involved.

“It’s also something that we feel like will not derail our season and what we’re trying to build,” Curry said. “That’s with Draymond as a part of that. The rest of it – when speculation becomes opinion it turns into borderline fact of what actually happened. So, I hate that that became part of the narrative, which is not fair to JP.” 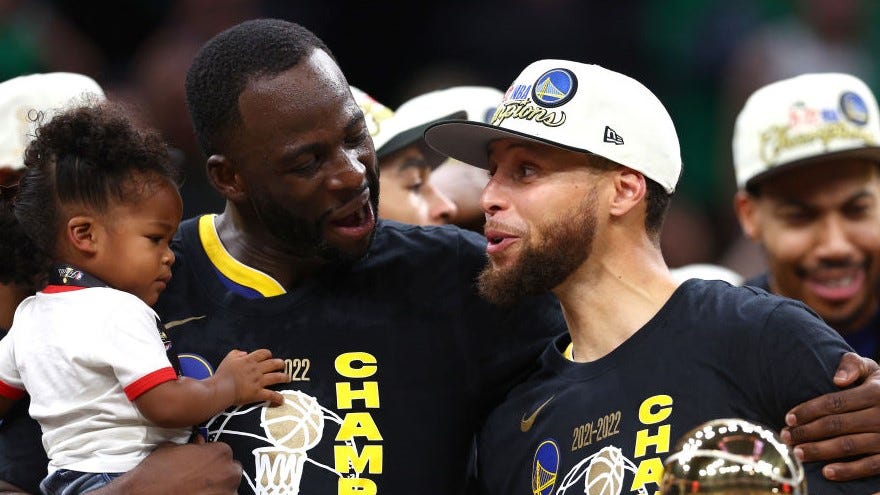