Steph Curry missed most of his age-31 season with the Golden State Warriors due to injuries, and fans are hoping he can come back in the 2020-21 season with the same production that has made him one of the greatest point guards of all time.

Someone he might want to look to for inspiration? How about future Hall of Fame quarterback Tom Brady, who missed most of his age-31 season with an injury? Did he slow down? Does 10 more Pro Bowl seasons and three more Super Bowl rings sound like slowing down?

Tom Brady happens to be the model that Warriors general manager Bob Myers used when considering how he wants his star guard to look some years down the road.

“The plan is we're hoping Curry can be like a Tom Brady type,” Myers said with a laugh (via Monte Poole of NBC Sports Bay Area). “We’re hoping he can be 40, or whatever it is, and pulling up from half court and being as effective and on some special diet."

At age 40, you might have expected Brady to look past his prime. But leading the NFL with 4,577 yards, tossing 32 touchdowns to just eight interceptions and earning his third first-team All-Pro bid made Brady look just as sharp as ever. Will Curry, who will go down as the greatest long-range shooter in NBA history and has five of the top-ten single season figures for three-pointers made, be able to keep up his barrages of scoring from beyond the arc at a Brady-esque rate? 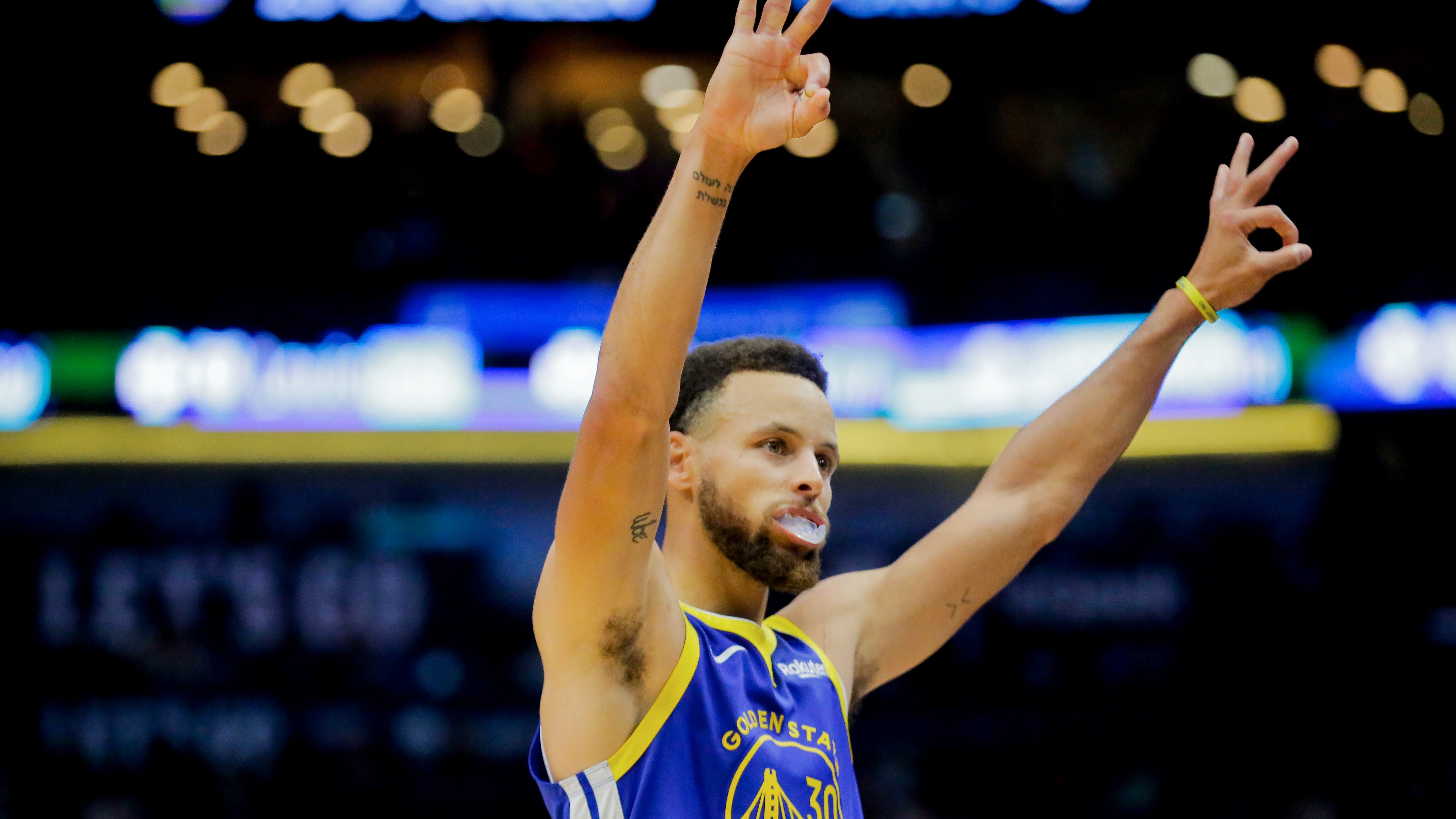 “Shooters don't stop learning how to shoot," Myers said, referencing how Dell Curry, Steph's father and 11 years Myers' senior, trounced him in a game of H-O-R-S-E. "I never was one and I'm not one, so I can't relate. Look, that’s a good thing. That is a fact. Shooters age well.”

Brady is still playing at a high level in 2020 at age 43, a feat that hasn't been accomplished by any other NFL players. There are only four quarterback seasons where a signal-caller who's 40 years or older has thrown for 4,000 yards, and Brady is responsible for three of them — and possibly four once 2020 is over.

He's kept chugging along right into his 40s. Has anyone done that in the NBA? Not exactly. The only player to hit more than 100 three-pointers in a season is Vince Carer, who did it twice. If Curry can keep up his unbelievable three-point numbers into his 40s, it'll be uncharted territory.

Of course, we still have to wait for some time if we want to see that happen, but we think Bob Myers is going to be there for the ride.