There’s not much more Steph Curry can do these days.

He’s entered Year 14 like a man on a mission, putting together arguably the greatest stretch of his career through the first 15 games of a season. And yet, the Warriors are 6-9, and winless on the road in eight chances after Wednesday’s brutal 130-119 loss to the Phoenix Suns.

Not even the 11th 50-point performance of Curry’s career could save the Dubs these days, with their Swiss cheese defense, turnover-happy ways and lack of overall cohesion. The Warriors touted their 2022-23 squad as their deepest in years during the preseason. Now we’re getting 2020-21 vibes, where it’s Steph vs. the world.

“There’s no collective grit,” Warriors coach Steve Kerr said. “We lack grit right now. When you don’t have grit, the game is really easy for the other team. These are NBA players. They spent all summer shooting thousands of jump shots just like our guys too. When those jumpers are easy and the game is easy, and they don’t feel any physicality, it’s a Drew League game. We’re playing a Drew League game right now.”

Two early fouls to Andrew Wiggins sent him to the bench less than four minutes into the contest, which is a big deal considering he’s become the No. 2 player on the Warriors behind Steph. In what should have been a big game for Thompson and Poole to fill the void, they shrunk and the Warriors stunk.

Klay is still trying to shoot his way out of the slump and came out firing, hoisting six of the Warriors’ first 12 shots of the game Wednesday. Alas, he only made two of those six, which is merely a shade below his 35.1 percent shooting clip for the season. He finished with 19 points on 6-of-17 shooting and 3-of-9 from 3-point land, but those numbers were inflated by the seven points he scored in garbage time, as the Warriors essentially just had Klay let it fly so he could see the ball go in the rim.

Perhaps no possession illustrated the Warriors’ frustration than this one with about four minutes left in the fourth quarter. Golden State trailed by seven and had the Suns on tilt in a transition situation. Instead of pass the ball to a wide-open Wiggins in the corner, Klay launched a contested 3-pointer that clanked. Just look at Draymond Green’s dejected body language after the missed opportunity.

After Steph Curry manages to get a stop on DeAndre Ayton in the post, Klay Thompson rushes a pull-up jumper in transition. Take note of Draymond Green's frustrated reaction. pic.twitter.com/rRgOECcd22

The Suns pushed the ball back on a fast break and got Wiggins to foul. Curry couldn’t hide his frustration and punched the ball and got a tech. Making things worse? Curry had set up the Warriors’ chance to score by holding his own against Suns 7-footer Deandre Ayton in the paint and grabbing the rebound himself. Steph can’t do everything.

Klay has made a living off shooting unconsciously, but maybe it’s time to hold back the reins. It’s not 2019 anymore.

Steph trusts that Klay's shot will come around pic.twitter.com/vA4I2IidBK

“It’s a tough balance of trusting him to do exactly what he is capable of doing and what we know he’s capable of doing,” Curry said of Klay. “Of being himself in the sense of – Klay Thompson shots have always been ones that you wouldn’t tell anybody else to really take, because of his skillset and the work he puts in. He’s had slow starts before in seasons, but the biggest thing – again, I tell JP (Poole) this, I tell Klay this and I tell myself this – you have to let the game come to you.”

When the Warriors inked Poole to a four-year, $123 million extension this offseason, they probably didn’t envision many nights when he would go 0-for-5 from the field in 27 minutes for a measly two points. The eight assists were nice, but the Warriors need him to score. They need him to be the guy who scored at least 20 points in 17 straight games at the end of last season, but he’s only shown up in flashes.

Just when you mighta thought Poole’s 36-point masterpiece against the San Antonio Spurs on Monday may have popped the lid off his slow start to the year, he came crashing back down to Earth by being too hesitant with his decision-making. Two free throws a night ain’t gonna cut it. The Warriors went 21-12 last year when Poole scored at least 20 points.

“Every time we take a couple steps forward, we take a step back,” veteran center Kevon Looney said. “But I think it’s gonna come. We gotta work our way out of the hole.”

It’s funny when people say Steph needs help, because he’s surrounded by the most expensive roster in NBA history, with salary commitments of about $360 million after luxury taxes. The front office did its part. Now the onus is on Kerr and the roster to figure things out.

They miss Gary Payton II’s defensive tenacity and energy off the bench. Hell, they even miss Juan Toscano-Anderson’s ferocity at this point. They miss Otto Porter Jr. and Nemanja Bjelica’s ability to space the floor. Even Damion Lee’s shooting would be a welcome sight for this struggling second unit.

James Wiseman is in the G League for an extended period of time. Moses Moody logged six ho-hum minutes Wednesday while Jonathan Kuminga was unavailable due to a non-COVID illness. At this point, two-way forward Anthony Lamb seems like he provides the Warriors their biggest spark off the bench. But on a night when each of the starters registered a -8 or worse in plus/minus there’s no bench mob that can salvage a win.

The blame can be passed around, but Kerr thinks it ultimately lands at his feet.

“That’s what being a coach is about,” Kerr said. “It’s not just about drawing up a play. It’s about really getting to know your players, building a relationship with them and trying to give them a vision that they can collectively shoot for. Clearly, I have failed at that to this point, this year. I have to do a better job and I’ve gotta reach these guys. I’ve gotta pull them together.”

The feeling out process to begin the season is still happening in Golden State. Now the defending champs must confront the ugly reality that they simply aren’t good. At least not right now.

A staple of the Warriors during this dynastic run has been the defense, as they’ve ranked 11th or better in defensive rating every season of Kerr’s tenure, minus the disastrous 2019-20 campaign when they finished dead last in the league with a 15-50 record.

Through 15 games this season? The Dubs rank 27th in defensive rating with an ugly 114.1 mark.

If there’s anything working in the Warriors’ favor, it’s that they’ve overcome ruts like this before. Last season, they went 5-12 during one stretch in the second half – though Steph and Draymond each missed games with injuries. Perhaps this just feels worse because it’s at the beginning of the season, but the Warriors are completely healthy right now and still laying eggs.

To say the team is in dire straits in mid-November is a bit heavy, but it’s clearly time to start turning things around, starting with Klay and Poole. 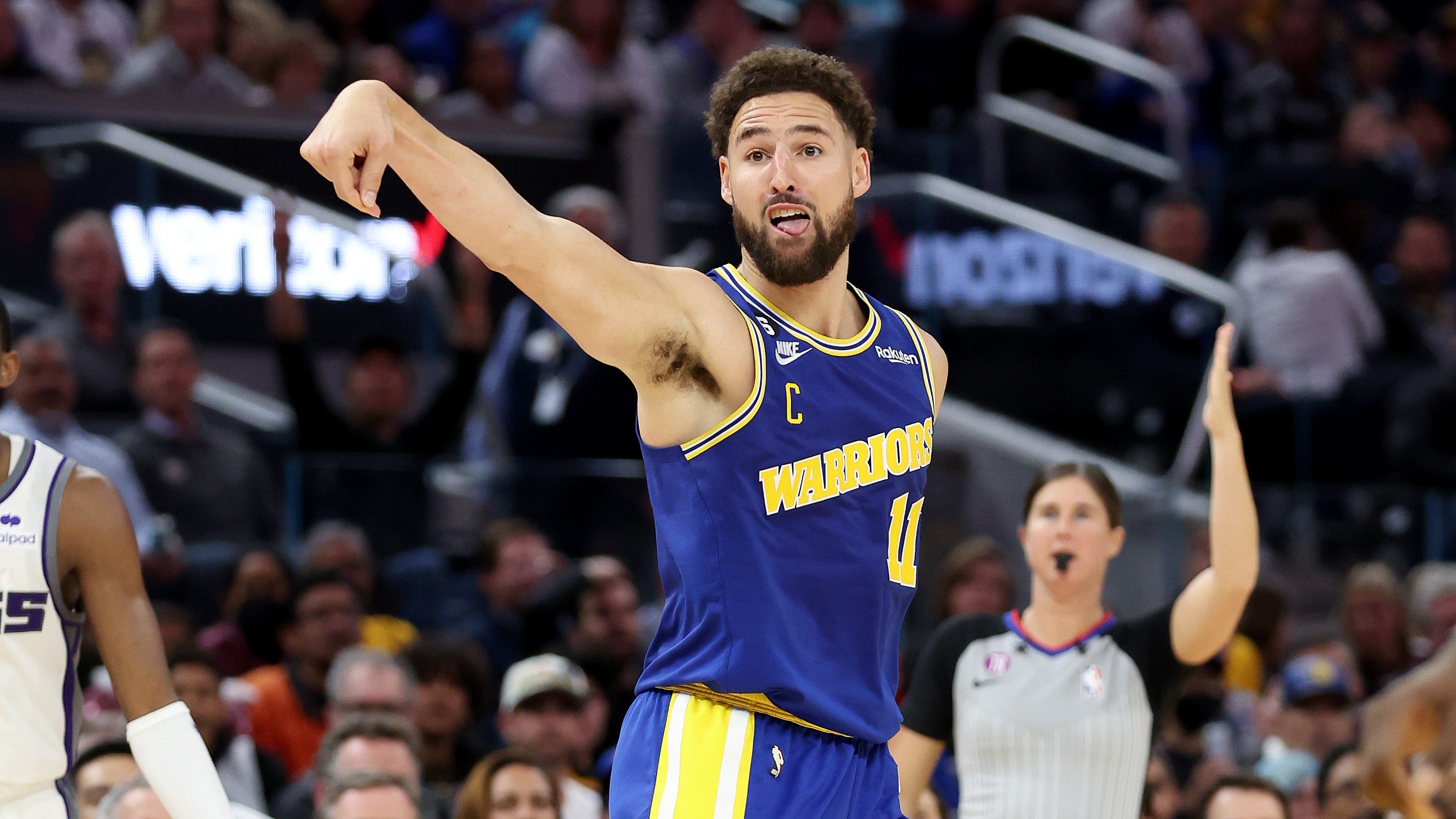