Steph Curry is a master at 3-point shooting, but do not count him out when it comes to throwing down a dunk as well.

The Golden State Warriors star showed off his hops on Tuesday at his Curry Camp when he threw down an impressive dunk in front of dozens of young hoopsters who were hyped up from the slam.

Curry, standing just outside the arc near the top of the key, tossed the ball into the air just shy of the hoop and when it bounced up he ran and grabbed the ball, doing a 180 in the air and throwing down a backward jam.

Steph went WILD with the youngsters at his camp 🥳

Curry was mobbed by the kids and started celebrating with them as if he just won another NBA Finals championship.

He then had them join in with him on the “Curry Sway.”

The point guard, listed at 6-foot-2, rarely every dunks, so it was quite the sight for everyone at the camp, which consisted of 26 top high school boys and girls basketball prospects.

Hey, maybe he will enter the dunk contest next year. It is one of the few things missing from his impressive resume. 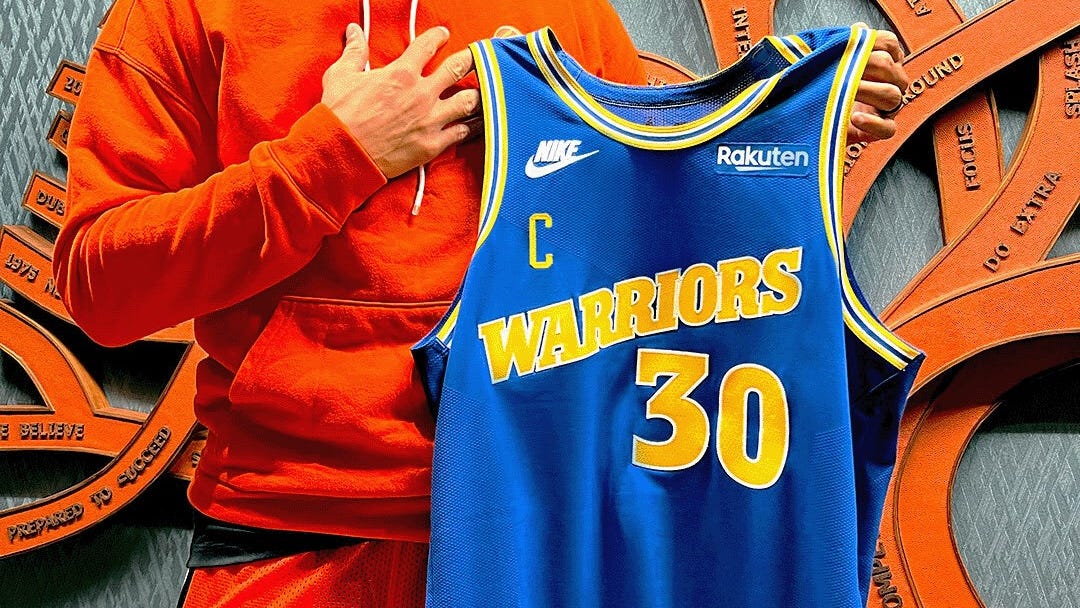