It might as well be 2023 spring training in Oakland.

Back on April 21, the A’s were 8-6, a mighty two games over the .500 mark. It turned out to be their highwater mark of their season. They sunk underneath .500 on April 30 and it’s been a slow drop to the bottom since, as they opened play Tuesday with a 41-75 mark, the worst in the American League.

This is the bed owner John Fisher laid when he ostensibly gave the executive order to trim payroll and clean house this year, letting manager Bob Melvin walk without compensation, trading away stars Matt Olson, Matt Chapman, Chris Bassitt and Sean Manaea before the season and Frankie Montas at the deadline.

With Monday’s 2-1 loss, the A’s dropped their ninth contest in a row, one shy of their season-worst skid in 2022. As they continue to move towards full player development mode, the A’s finally called up top prospect Shea Langeliers Tuesday while releasing veteran outfielder Stephen Piscotty. Coupled with last week’s release of veteran infielder Jed Lowrie, Oakland is turning the page to next year already.

Langeliers’ call-up has been long anticipated. The 24-year-old catcher, acquired in the Olson deal from the Atlanta Braves, has been mashing the cover off the ball all season long for the Triple-A Las Vegas Aviators. He slashed .283/.366/.510 with 19 homers, 56 RBI, 43 walks and 88 strikeouts in 92 games. Langeliers was also named the Futures Game MVP after hitting a dinger and throwing out a base runner at Dodger Stadium.

“As far as the decision to bring up Shea, it was a matter of when and not if we were going to bring him up,” general manager David Forst told reporters, via The Athletic. “He has excelled in every way since starting the season in Las Vegas. And we knew we wanted to get him here at some point this year and this was the time when we felt like we could get him some at-bats.”

If he played any other position, Langeliers probably would have been called up earlier this year. Langeliers happens to play the only position where the A’s have some stability, behind the plate. Sean Murphy is arguably the team’s top position player and something of the OG in the clubhouse with Oakland’s quick roster turnover.

Murphy wants to be out there every day and has appeared in 105 games this season, which is tops among MLB catchers. Forst said the A’s have no intention of lightening Murphy’s workload.

“It’s been sort of well documented, he came into the season wanting to prove that he could catch 130-plus games and he has gone out there and stayed healthy and done an outstanding job,” Forst said. ”I know earlier in his career, there was a question of whether he could be that guy. And I think he’s taken a lot of steps to sort of erase that narrative. So I don’t think bringing Shea up is about limiting Sean’s workload as much as it is about seeing Shea and getting him some opportunities in the major leagues. Sean is the starting catcher. That’s not going to change.”

The next 46 games might not result in many wins this year, but will provide invaluable experience for exciting players like Langeliers, Nick Allen and others like Jonah Bride, Cal Stevenson and Skye Bolt to get big-league reps. The A’s are also getting some real-life auditions on their pitching staff, as the next wave of potential starters like JP Sears, Zach Logue, Adrian Martinez and Adam Oller find themselves in something of an in-house competition to round out the 2023 rotation behind Cole Irvin, Paul Blackburn and James Kaprielian. We could also be seeing MLB.com No. 3 prospect southpaw Ken Waldichuk – who was acquired from the Yankees in the Montas trade – get some late-season starts.

As for Piscotty, he was never able to reach the level of success he enjoyed in 2018, when he hit 27 homers with 88 RBIs . A Pleasanton native, perhaps the greatest gift he received by playing in Oakland was the ability to spend the last few months of his mother’s life by her side, as she succumbed to ALS. In the years since, Stephen and his father, Mike, have become champions of ALS research, in a promise they kept out of that awful tragedy.

“His year on the field in 2018 was a big part of what helped us get back to the playoffs,” Forst said. “And obviously everything that Stephen went through off the field, I think we as an organization learned a lot from him and his family and really the importance of things away from baseball. So, this was not an easy decision, but obviously one that comes as we transition to a different goal for the rest of the season.”

Beset by nagging wrist injuries, Piscotty slashed .229/.287/.378 with 28 homers and 103 RBIs combined the past four seasons. This marked the final season of a six-year, $33.5 million contract he signed with the St. Louis Cardinals in 2017. Considering the A’s received cash from the Texas Rangers to offset Elvis Andrus’ $15 million salary this year, Piscotty’s $7.25 million on the books made him the highest-paid player in 2022.

Matt Kawahara of the San Francisco Chronicle shared Piscotty's reaction to his release.

Stephen Piscotty, via text, on his time with the A’s and says he has “definitely not played my last baseball game”: pic.twitter.com/Ftnx10Z1Zl

At 31 years old with a slowing bat and average defensive skills, Piscotty might have to settle for a training camp invite in 2023 to find work. Likewise for Lowrie, who said he’s “at peace” with the thought of retirement but still wants to keep playing.

This season was lost from the start, but with the arrival of Langeliers, depression of Andrus’ playing time at shortstop, the A’s are already in 2023 mode. 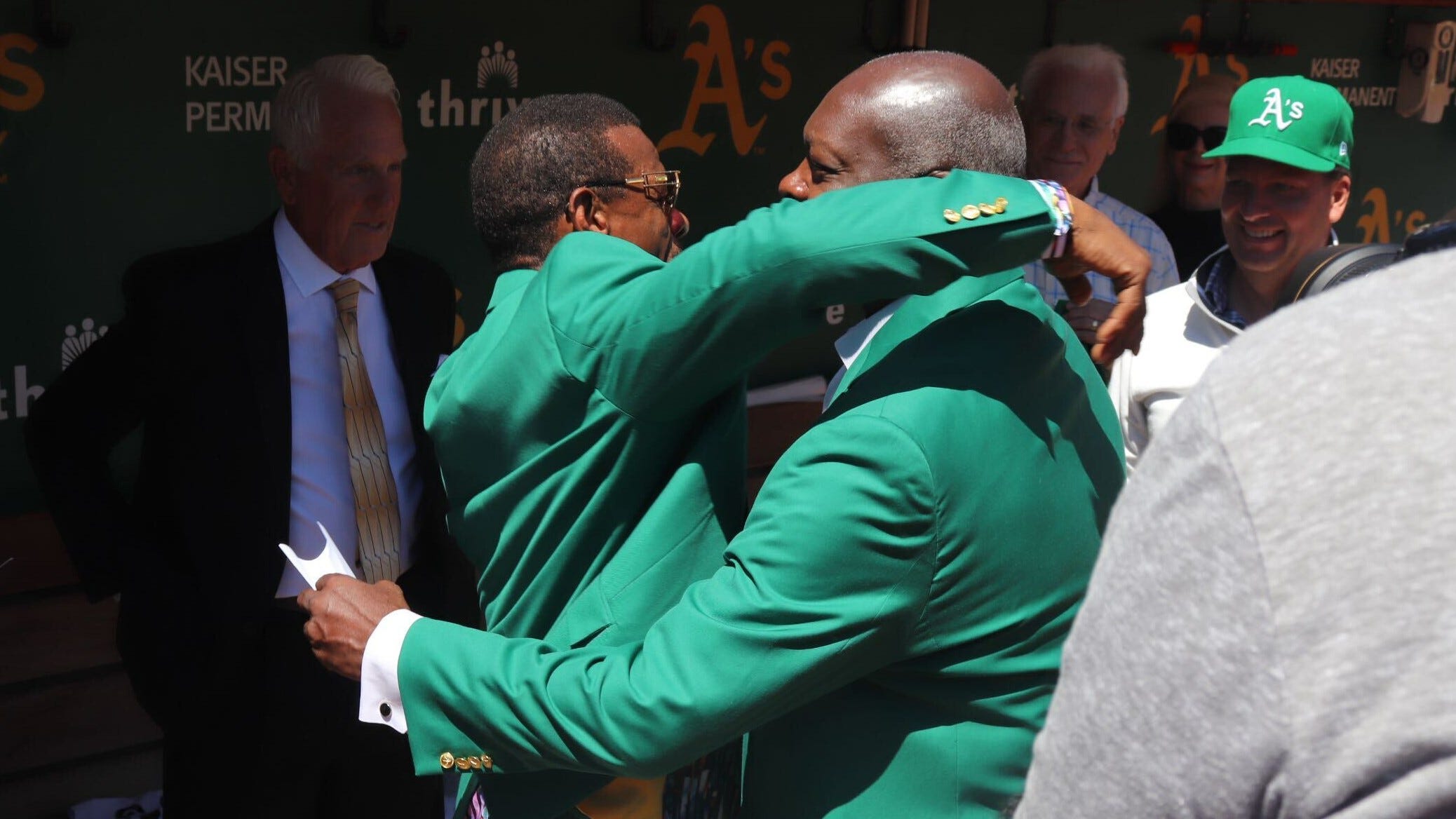