The Oakland A’s have “likely” made an offer to buy the plot of land in Las Vegas that is currently home to the Tropicana hotel, according to a report from CNBC’s Contessa Brewer.

A couple of weeks ago, A’s president Dave Kaval told the Las Vegas Review-Journal the franchise put in an offer on a plot of land in the Sin City area. On Wednesday, Brewer reported that the A’s are targeting the Tropicana site, citing sources.

If true, this would be a sign that the A’s are certainly serious about their intentions to relocate the franchise, even though most of the legwork has been done on a potential $6 billion waterfront ballpark district at Howard Terminal in West Oakland. Buying the Tropicana plot would likely require a sizable investment, as Bally’s Corporation bought the 35-acre parcel for $308 million earlier this year. The Tropicana hotel has become an institution on The Strip since its founding in 1957.

It appears the A’s are zeroing in on The Strip, after considering sites in the nearby suburbs of Henderson and Summerlin. Brewer also reported that the A’s are considering a site on the golf course at Wynn Resort and were interested in a site owned by Vegas giant Caesar’s, though Brewer said Caesar’s shut down a potential deal.

Brewer said Las Vegas “would have to figure out what that public-private financing plan looks like” though government officials in Nevada have been weary of using public funds again after spending $750 million of public money to help construct the Raiders’ Allegiant Stadium.

If the A’s indeed to buy an expensive plot of land on The Strip, it’d be a game-changer and certainly give credence to the “parallel path” phrase Kaval has been using to describe the franchise’s efforts in Las Vegas. 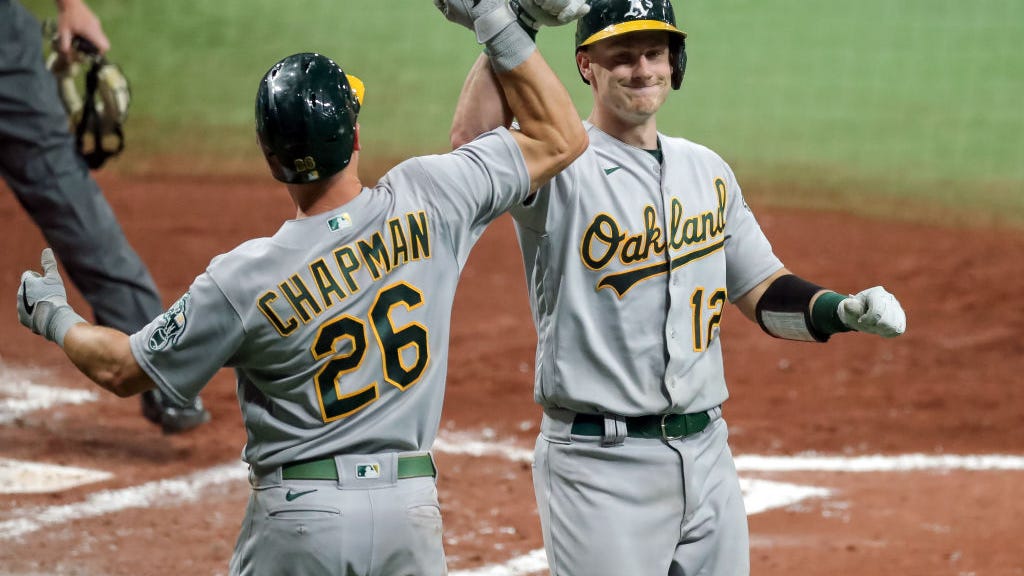