For those of you who only needed "player drops trousers" to complete your MLB bingo board for the 2020-21 season, congratulations. Sergio Romo was able to get that last space filled out.

The veteran reliever, far removed from his days of dominant sub-2.00 ERAs, gave up a home run in one inning of work on Tuesday night against the Texas Rangers. Perhaps it was frustration due to this, or perhaps it was something else... or maybe there was no exterior source of frustration at all — but when the umpires checked him for foreign substances as he left the mound after that seventh inning, they were met with quite the irritated response.

I have to give props to the umpire here. He's just doing his job, and he even finds it within himself to crack a smile after Romo's theatrical display of annoyance. The umpires were a little less tolerant in another instance of a pitcher getting angry about the new foreign substance rules just hours earlier, in a game on the opposite coast. 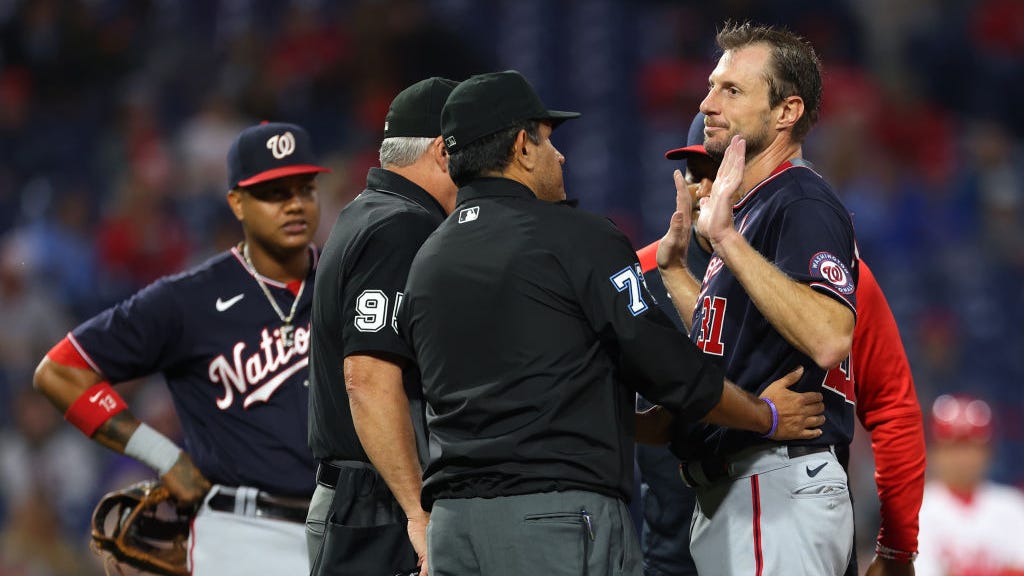 Two pitchers undoing their belts as a result of these foreign substance checks? MLB is supposed to family-friendly, commissioner Manfred. Keep that in mind.

Though no one in the majors has been caught and ejected due to the finding of sticky substances, Reiver Sanmartin of the Louisville Bats — the Cincinnati Reds' Triple-A affiliate — was a victim of the crackdown, getting thrown out after the fourth inning for using "sticky stuff," (via Hayes Gardner of the Louisville Courier Journal).