Steph and Ayesha Curry had quite the day at the Oakland Coliseum on Wednesday. The couple was on hand for the A’s-Astros game while celebrating three years of the Eat.Learn.Play Foundation, which fights youth hunger, promotes education and playing outdoors. The Currys have made an effort over the years to stay connected with the Oakland community through the foundation, despite the Warriors' move to San Francisco.

Steph and Ayesha played catch before he took batting practice and hung out with players on both teams. When it came to showtime, the Currys went wide with their first pitches and made A’s manager Mark Kotsay work behind the plate.

At one point during the day, Curry went up to the A’s clubhouse (which used to be the Raiders locker room) and took a pressure-packed free throw on a mini hoop. He unceremoniously clanked it, as shared by A’s bullpen catcher Wilkin Castillo on Instagram.

There’s a lot going on here.

You gotta love the soundtrack, “Sirius” by the Alan Parsons Project, which was used by the Chicago Bulls intros during their heyday in the 1990s. I couldn’t tell you why A’s second baseman Tony Kemp is standing on a chair holding a golf club. Resident NBA referee impersonator extraordinaire Stephen Vogt naturally had the whistle, before the rest of the A’s tried to psych out Curry with their spirit fingers.

Steph is the best free-throw shooter of all time (90.8 percent). After finishing as the NBA’s second-best free throw shooter (92.3 percent) to teammate Jordan Poole (92.5 percent) in the regular season, Curry shot 82.9 percent in the playoffs. According to the Twitter user @Felina510 who shared the video via Twitter, Curry actually missed three shots in a row. Quick, get this guy back in the gym!

Ceremonial free throw shots have been a part of the A’s clubhouse culture dating back to the start of the 2019 season, which marked the final few months of the Warriors’ 47-year run next door at Oracle Arena. Usually the honor is reserved for the MVP of a victory, but there’s no better honorary shooter than the G.O.A.T. himself.

Steph showed some love for The Bay during his in-game interview with NBC Sports Bay Area.

“I don’t want to leave ever. I want this to be my one and only home” – Steph on the Bay Area 😊 pic.twitter.com/aWHLidy8b1 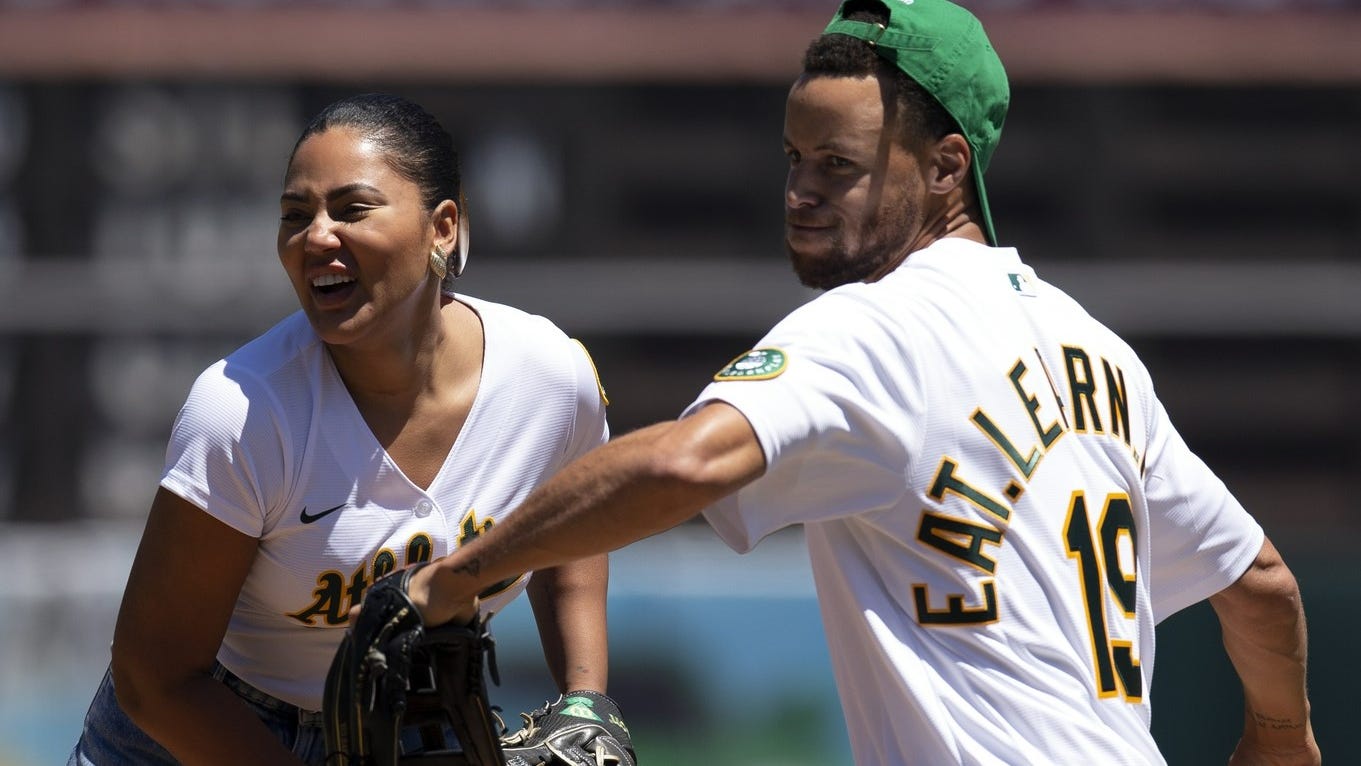