I just got done writing about one Molina brother, so now it's on to the next one. The reason for the first story? Yadier Molina, the longtime St. Louis Cardinals backstop, can now be considered the highest-value defensive player in the history of Major League Baseball, at least according to one all-encompassing FanGraphs metric. 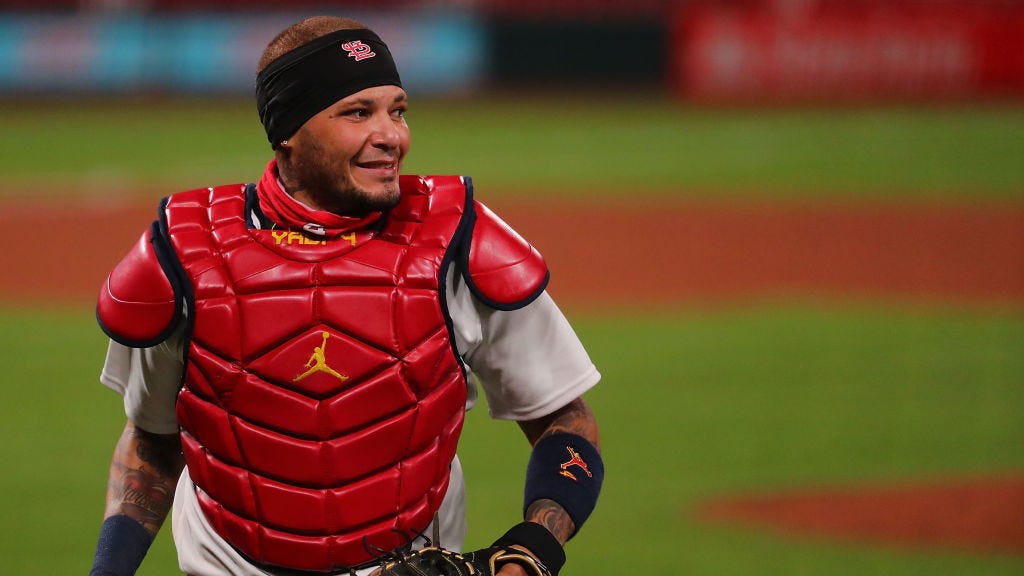 But this time, we're talking about big bro Bengie, eight years older than his Cardinals counterpart and off of the MLB field since his last appearance in 2010. Why are we talking about him? I'm glad you asked. He's also the holder of a record, albeit a much less official one, and one that I kind of just came up with right now: Bengie Molina authored the funniest cycle ever.

On today's date, 11 years ago — July 16, 2010 — the then-35-year-old Molina had a surprise in store for the fans at Fenway Park. He hit for the cycle, but that's not all. He hit for a cycle that featured a grand slam and featured perhaps the most entertaining triple that we've ever been able to watch. That triple was the hit that finished off his majestic day, and we could watch it over and over and over again.

"Pigs have flown in Boston, Massachusetts." How's that for a line?

Molina had been traded to the Rangers from the Giants just a couple of weeks before that game, and the start to his Texas career was slow — he entered the series slashing .174/.240/.174 through seven games as a Ranger. Boston, it appears, was exactly the opponent he needed to see, hitting a home run in the first game before his cycle blew everyone away in the second.