The NFC West champ Los Angeles Rams technically will be the home team for Sunday’s conference title game. But their divisional rival is expected to bring plenty of red to the stands, as 49ers fans made up about half of the crowd in the Week 18 overtime thriller.

The California clash is driving up ticket prices, as StubHub told the Los Angeles Times’ Sam Farmer the NFC Championship is on pace to be the best-selling playoff game in the site’s history. As of Friday afternoon, the cheapest seat available on StubHub was $588.

Stubhub says that 49ers-Rams is on track to be the No. 1 best-selling playoff game in the site’s history.

The Rams were forced to use a silent count as Matt Stafford watched Jimmy Garoppolo engineer a comeback in regulation. Stafford’s wife, Kelly, couldn’t believe the amount of 49ers fans in Inglewood that afternoon and she’ll probably be shocked again Sunday.

Akash Anavarathan of Niners Nation reported that there could be an even bigger influx of 49ers fans than in Week 18.

Per StubHub, 43% of ticket sales for the NFC Championship game is coming from Northern California, nearly double the Week 18 game.

Players like Deebo Samuel have also chimed in on the situation after Ticketmaster initially limited sales to only fans in Southern California. Despite their success in the six seasons since returning from St. Louis, the Rams have failed to create a large and loyal fanbase in Los Angeles. But the drive down from the Bay Area clearly isn’t deterring 49ers fans, who are trying to get back for a return trip to SoFi Stadium for Super Bowl LVI.

We won’t know for sure until Sunday when the gates open, but expect to hear plenty of noise no matter who has the ball in the NFC Championship. 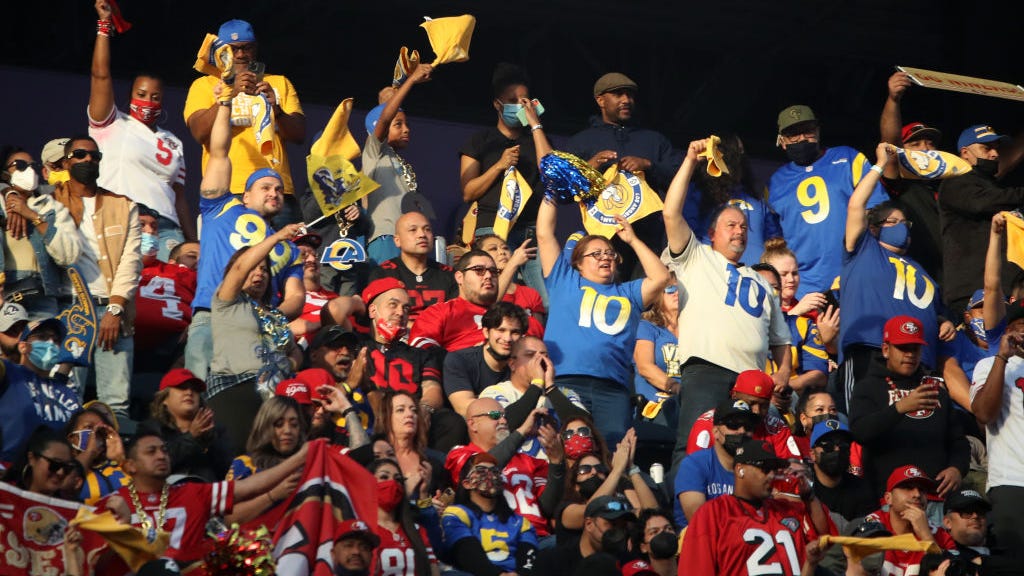