The 49ers practiced in frigid conditions at the Air Force Academy on Thursday in Colorado as they hope their players get acclimated to the altitude before Monday’s matchup against the Arizona Cardinals at Estadio Azteca.

Though it was a pleasant day in the 70s in Mexico City, the field temperature was reportedly 21 degrees as the 49ers went through their first high-altitude session. Shanahan said the team could move indoors to practice Friday if snow falls as anticipated on Thursday night.

Cam Inman of the Bay Area News Group shared a video of 49ers coach Kyle Shanahan describing the conditions from Colorado. The elevation at the Air Force Academy is about 6,900 feet, just shy of the 7,200-foot elevation in Mexico City. The Cardinals have elected to stay in Arizona to practice, where the elevation is just north of 1,000 feet.

“I don’t like to be cold, but it hasn’t changed anything from practices,” Shanahan said. “It’s been no different so far. It’s been all about the altitude, which they say helps us, so hopefully it will.”

Inman also relayed comments from running back Christian McCaffrey, who grew up in Colorado and had competed at the Air Force Academy before.

Christian McCaffrey:⁰“It feels like home. It is home. Played lot games in that weather in high school and little league. It brings me back to the good old days.”
“It’s definitely cool. I had track meets here in high school. Even the air is familiar, when we landed on the plane.” pic.twitter.com/f9E1Xge0cZ

Check out some footage and video from Thursday’s practice from reporters on the scene:

It’s 21 degrees with light snow falling at the start of # 49ers first practice at the Air Force Academy in Colorado Springs, Colo. pic.twitter.com/pWnTHhTuJ3

#49ers Fred “No Sleeves” Warner and Jimmy “No Gloves” Garoppolo have my admiration forever frozen in time pic.twitter.com/q3NClxnBmI

When it’s so cold, you gotta dance to stay warm. pic.twitter.com/c94dB7AnMh

The team preferred to keep Kinlaw in Santa Clara rather than risk further inflammation of his right knee, as he is eligible to return off the injured reserve this week but won’t be activated Monday. It’s still unclear when Armstead will be able to return, as he is fighting through injuries that have kept him out since Week 4.

To that end, Shanahan told reporters that the 49ers looked into signing free agent defensive tackle Ndamukong Suh, before he eventually signed with the Philadelphia Eagles on Thursday. Matt Barrows of The Athletic shared a brief report from Colorado.

Shanahan indicated the 49ers had at least some interest in DT Ndamukong Suh, who'll sign with the Eagles. In related matters, Javon Kinlaw isn't on the current trip (risk of knee swelling because of plane flights) while there's still no clarity on an Arik Armstead return date.

For now, the Niners will continue to rely on Kevin Givens and Hassan Ridgeway to hold it down in the middle of the defensive line. 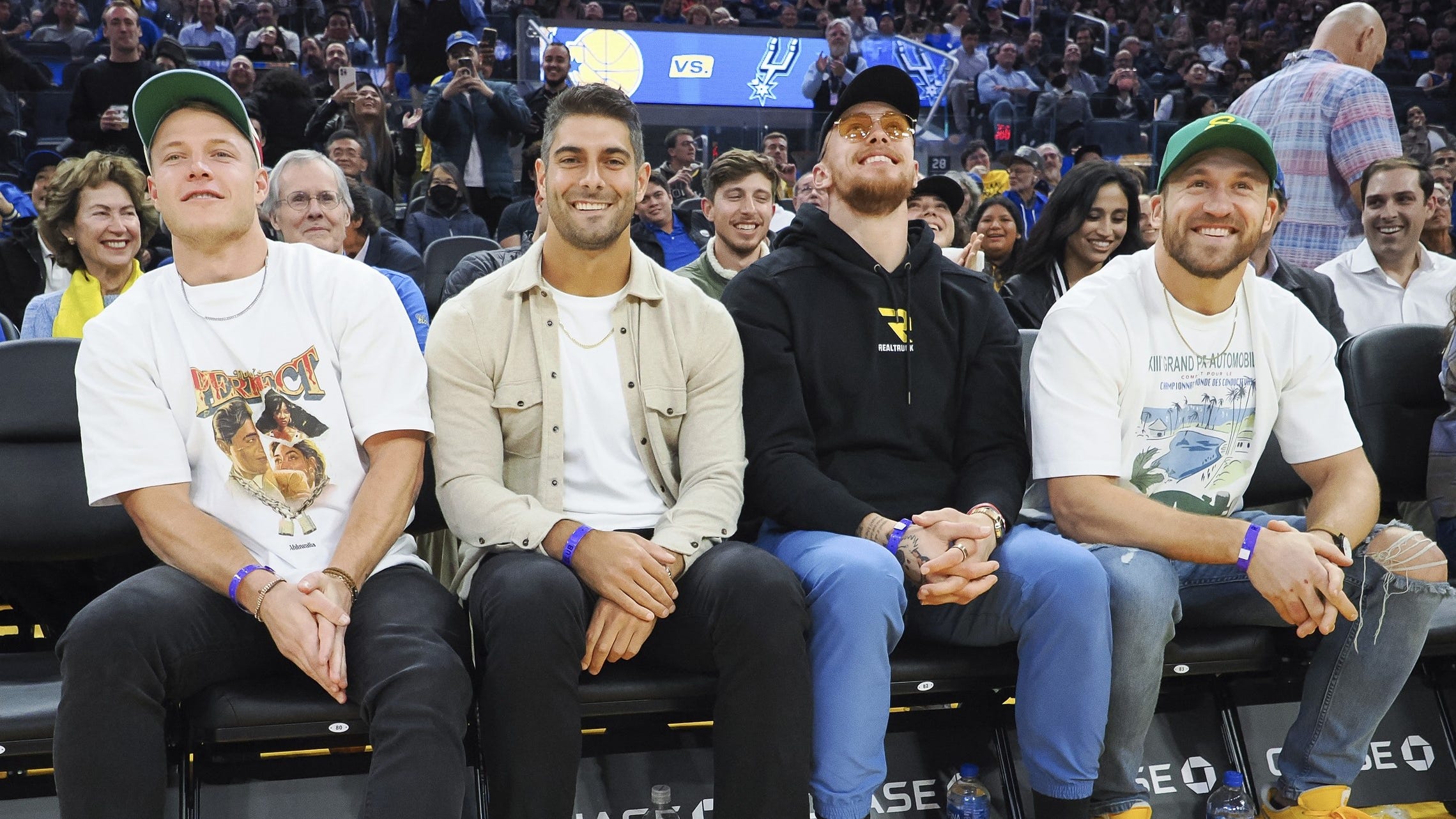