San Francisco is making a habit out of NFC Championship appearances, as Sunday’s against the Rams will mark the fifth since the 2011 season. The 49ers were 3-5 to start the year, but Kyle Shanahan’s crew has turned around the season and is riding a three-game streak of epic road wins.

The first road win on this late-season surge? It came at SoFi Stadium in Week 18, where the 49ers pulled off a 27-24 overtime win against the Los Angeles Rams.

The two teams will square off for the third time this season, as the 49ers have won the past six meetings between NFC West foes. Both the 49ers and Rams used last-second field goals to earn wins in the wild Divisional Round.

Check the the start time and TV/streaming info below: 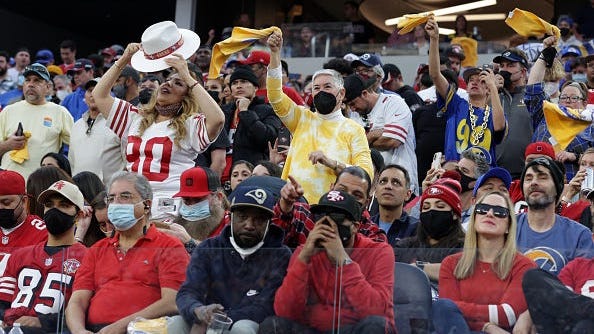