It’s been an eventful NFL offseason, particularly at the wide receiver position with Davante Adams and Tyreek Hill both setting new benchmarks, resetting the market with monster extensions. With even role players like Christian Kirk (recent recipient of a four-year, $72-million contract with Jacksonville) cashing in, star receivers have never had more leverage.

It takes tremendous skill to catch a ball thrown 50 yards downfield, but with salaries rising across the sport, knowing your worth is an even greater talent. Which brings us to Deebo Samuel. The 26-year-old has apparently scrubbed his social media of all 49ers references, removing over 80 posts while unfollowing the team on Instagram. Samuel’s profile photo, which previously showed him in a 49ers uniform, is now blank.

Deebo Samuel has removed his #49ers profile picture, unfollowed the team, and has deleted over 80 posts (was at 248, now at 164) from his Instagram account.

Deebo is entering the final year of his rookie contract.

Could mean something. Could be trolling. But it happened. pic.twitter.com/0KXDbBw3dU

The timing is suspicious with Kirk coming off a career season, leading San Francisco in both touchdowns (14) and yards from scrimmage (1,770). Though he’s yet to comment publicly, it’s safe to assume this is related to Samuel’s contract with the Pro Bowler heading into the final year of his rookie deal. Samuel offered a glimpse into his mindset in a cryptic tweet posted shortly after Stefon Diggs signed a four-year, $104-million extension with Buffalo.

Passive-aggressive displays like this have grown increasingly common throughout the league, with disgruntled Cardinals quarterback Kyler Murray pulling a similar stunt earlier this offseason. Samuel was far and away the Niners’ best player last season and certainly deserves a raise on his current $3.986-million salary. However, with a league-low $1.75 million in cap room, that might take some maneuvering. An easy fix would be to trade Jimmy Garoppolo ($26.95-million cap hit), though his market has been slow to develop and may not pick up until he’s fully recovered from offseason shoulder surgery. 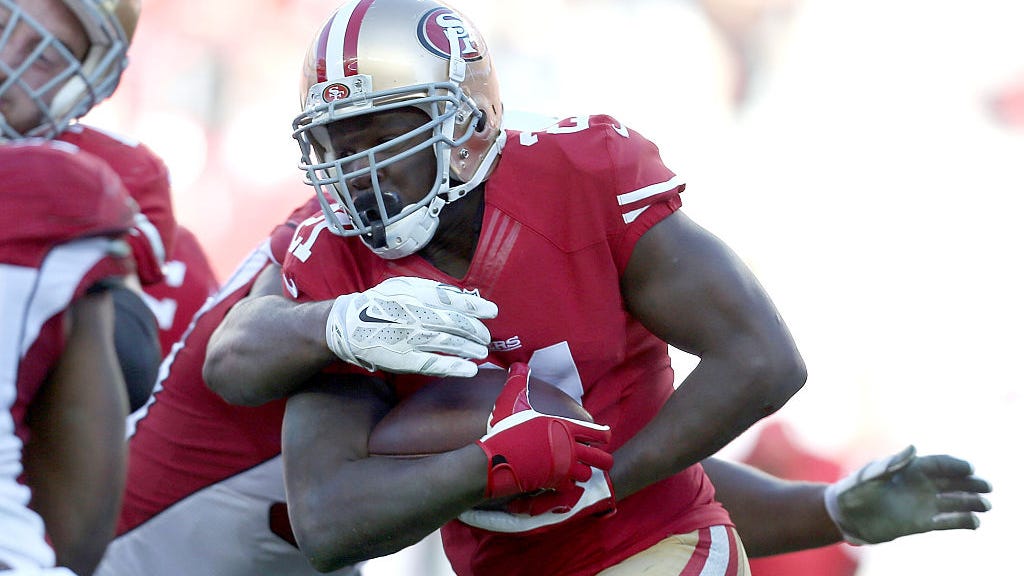