Jimmy Garoppolo didn’t confirm nor deny what he said in a viral video clip that has been viewed millions of times this week.

In the short clip, Garoppolo appeared to be saying the words, ‘Your plays suck, man!’ while the 49ers offense sputtered in Sunday night’s ugly 11-10 loss to the Denver Broncos. At least according to some amateur Twitter lip-reading sleuths.

Social media went aflame this week, with most guessing that Garoppolo’s statement was directed towards Kyle Shanahan. During his press conference with reporters Friday, Garoppolo’s first two questions were about the video clip.

“I don’t know,” Garoppolo said. “I can’t read lips. I’m sure I’ve said a lot worse things on the field than that, so I’m glad they caught that rather than something else. I’m not sure exactly what I was saying, but it is what it is.”

Did Jimmy Garoppolo say, “your plays suck, man” in reference to Kyle Shanahan on Sunday in Denver?

“I can’t read lips. I’m sure I’ve said a lot worse things on the field than that…I’m not sure exactly what I was saying but it is what it is.” 🤔 pic.twitter.com/jHnK52PTES

Much like Shanahan said with reporters earlier in the week, Garoppolo insisted there’s no friction between the quarterback and the head coach.

“No, you say a lot of things in the heat of battle that I hope people don’t hear,” Garoppolo said. “Me and Kyle are cool. We really are.”

“You say a lot of things in the heat of battle that I hope people don’t hear but me and Kyle are cool, we really are. We’ve been through a lot of different types of seasons, this being no different.”

Jimmy Garoppolo on potential friction between him and Kyle Shanahan pic.twitter.com/d9tzjpEAz8

The 49ers publicly allowed Garoppolo to seek a trade this summer after they couldn’t deal him following his March 8 shoulder surgery. After restructuring the final year of his deal to return as Trey Lance’s backup, Garoppolo was thrust back into the starting role just five quarters into the season due to Lance’s season-ending ankle/leg injury in Week 1.

Despite the optics of the Garoppolo and the 49ers settling for one another because there were no other better options, Jimmy G says things are all good between him and Shanahan.

Each season of Garoppolo’s tenure has brought on unique circumstances. In 2017, he finished the year 5-0 after being acquired midseason. His 2018 season was wiped out in Week 3 due to an ACL injury. Garoppolo started all 16 games and led the Niners to a 13-3 record in 2019. He missed 10 games due to ankle problems in 2020. Then came last season, when he was QB1 after the 49ers used three first-rounders and a third-round pick to move up to draft Lance at No. 3 overall. Now this.

“We’ve been through a lot of different types of seasons,” Garoppolo said. “This one being no different. But we’re early on in the season still. We gotta, as a team, find our identity, Me and Kyle gotta keep working and get on the same page more. We’ve been through this before, it’s a long process.” 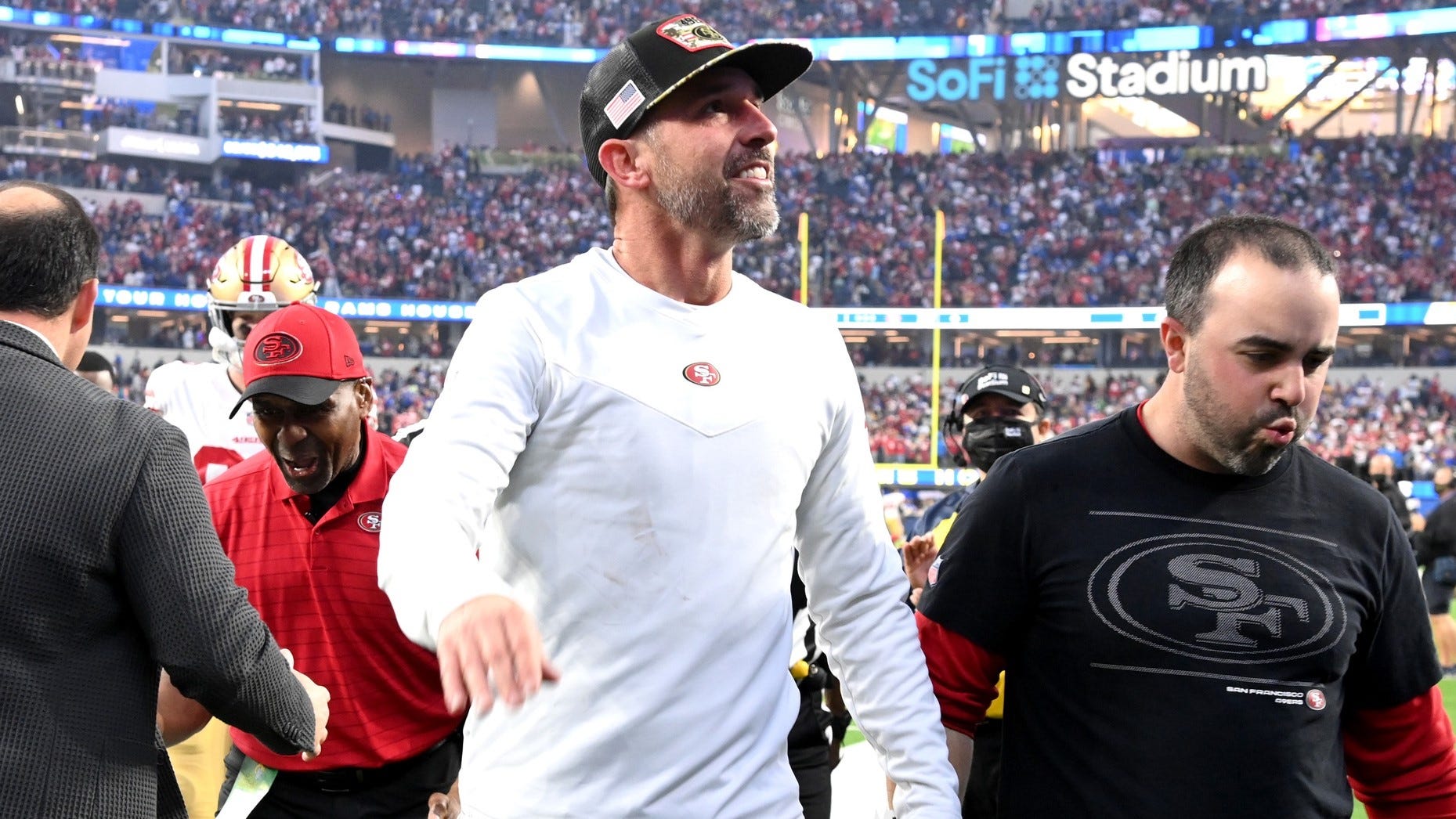