Jimmy Garoppolo is 31-14 as a starter with the 49ers, including 9-6 this season. Unglamorous as his game may be, Jimmy G has been a consistent winner when he’s healthy.

49ers general manager John Lynch joined 95.7 The Game’s “The Morning Roast” Friday and said he doesn’t quite understand why Garoppolo doesn’t command more respect around the league. Listen to the full interview below.

Lynch cited the 2019 playoff game against the Green Bay Packers as an easy target for Jimmy G criticism, as he went just 6-for-8 for 77 yards in a 37-20 victory.

"People take that as [coach] Kyle [Shanahan] doesn't trust him," Lynch said. "No, we’re just imposing our will running the ball, so why wouldn’t ya? The thing about Jimmy is, he really doesn’t care about that. He’s a former linebacker and I think some of that mentality stays in there. He just wants to win. I truly mean that. Sometimes people say that. I’m sure he’d love to have 320 yards like he did this last week every game. But Jimmy just doesn’t, but maybe I think our style, or whatever, leads to that.

“Sometimes people are jealous when you’re good-looking and you got the world by the you-know-what. We’ll say, ‘Man, this guy’s too perfect.’ I don’t know what the reason is. If people knew him, it’s about as easy a guy to like as you’ll ever find. When I screwed up and unknowingly liked the tweet, I call him and he’s like, ‘John, you don’t need to call me. I know who you are. I know your heart.’ That’s who the guy is.”

Lynch found himself in hot water a couple of weeks ago, when keen 49ers fans noted Lynch liked a tweet joking the team should leave Garoppolo in Nashville following the team’s loss in Week 16. Though he had to sit out Week 17 with a thumb injury, Garoppolo rewarded Shanahan and the 49ers for their loyalty, by spearheading a 27-24 overtime win that featured a 17-point comeback. Now the 49ers are set for a Wild Card matchup against the Dallas Cowboys Sunday at 1:30 PT.

Garoppolo admitted Thursday that his uncertain future with the franchise has weighed on the back of his mind all season. Jimmy G’s era in Santa Clara likely is one loss away from being over, but Lynch is clearly a huge fan.

“He’s so easy to love,” Lynch said. “When we got him, that was the thing we always spoke of. He’s not a typical quarterback. You find him all the time sitting with – well, we used to sit before COVID – other people. He would always sit with the practice squad offensive linemen. Even though he’s not – the quarterback’s never just one of the guys in the building – he really is just one of the guys. I think that’s the Midwest values and the ways he was raised.” 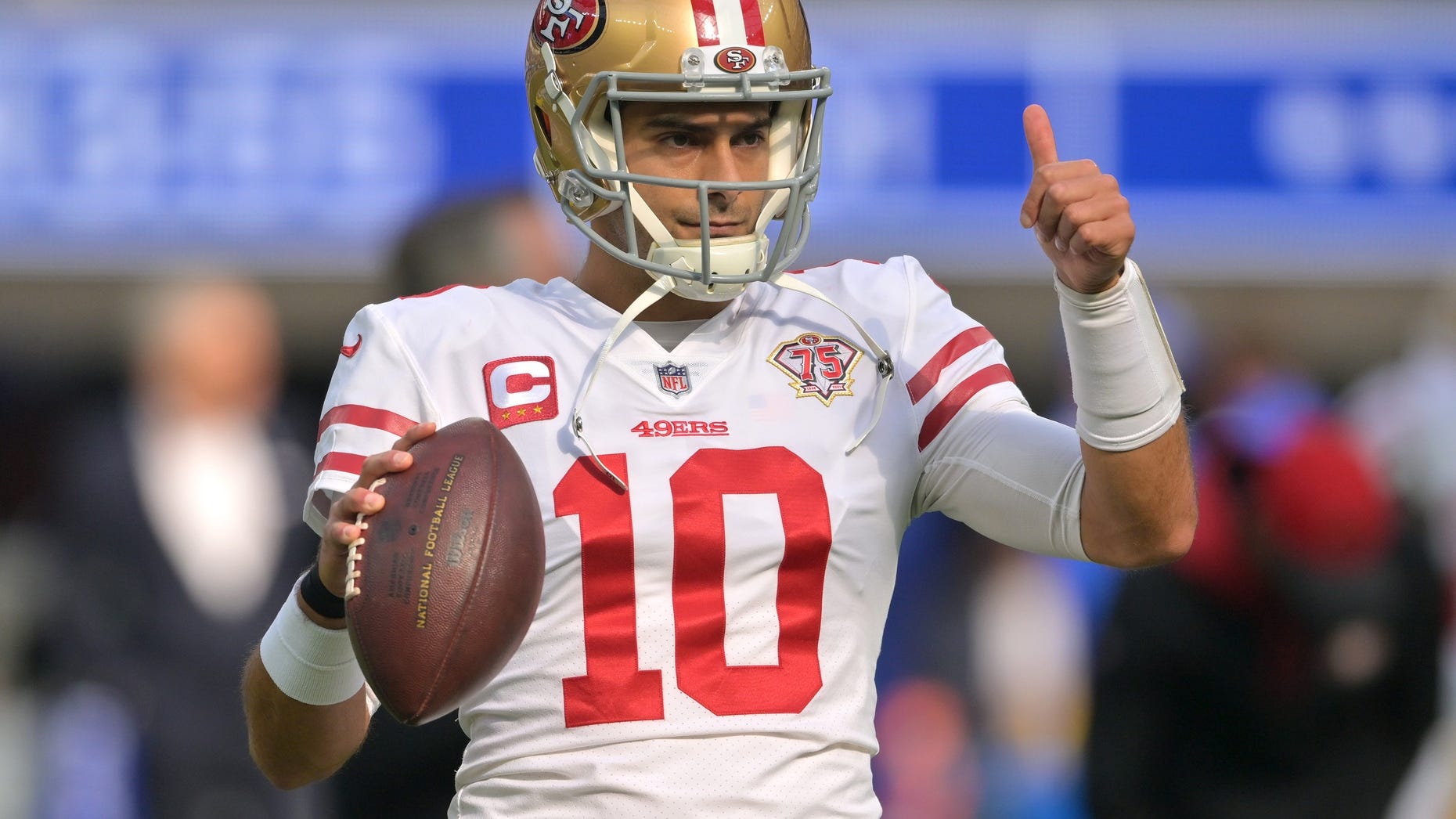