The 49ers are still keeping a window open for Jimmy Garoppolo to return this season.

According to coach Kyle Shanahan, the veteran quarterback has returned to the practice field this week to do conditioning. Shanahan said Jimmy G is making “good” progress from the ankle/foot injury he suffered in Week 13.

“It was the first week he was able to come out to the field, walk around a little bit, do some work out there,” Shanahan said.

Initial projections for Garoppolo’s return targeted the NFC championship as a possible return date, which would be eight weeks out from his injury. He reportedly was still walking around in a boot after his workout Friday. But could he make it back next week if the 49ers take care of the Dallas Cowboys on Sunday?

“I’d be surprised, but it depends how this whole weekend goes and stuff,” Shanahan said. “But there’s an outside chance.”

And if the 49ers make it to the Super Bowl?

“There’d be a better chance then,” Shanahan said.

Since Garoppolo’s injury, rookie quarterback Brock Purdy has led the 49ers to eight straight wins, completing 66 percent of his passes while averaging 205 yards per game with 18 touchdowns (two rushing) with just three interceptions. Shanahan might be hard-pressed to bring Garoppolo in as a starter if healthy, but having Jimmy G as a backup would likely be a big upgrade over Josh Johnson. 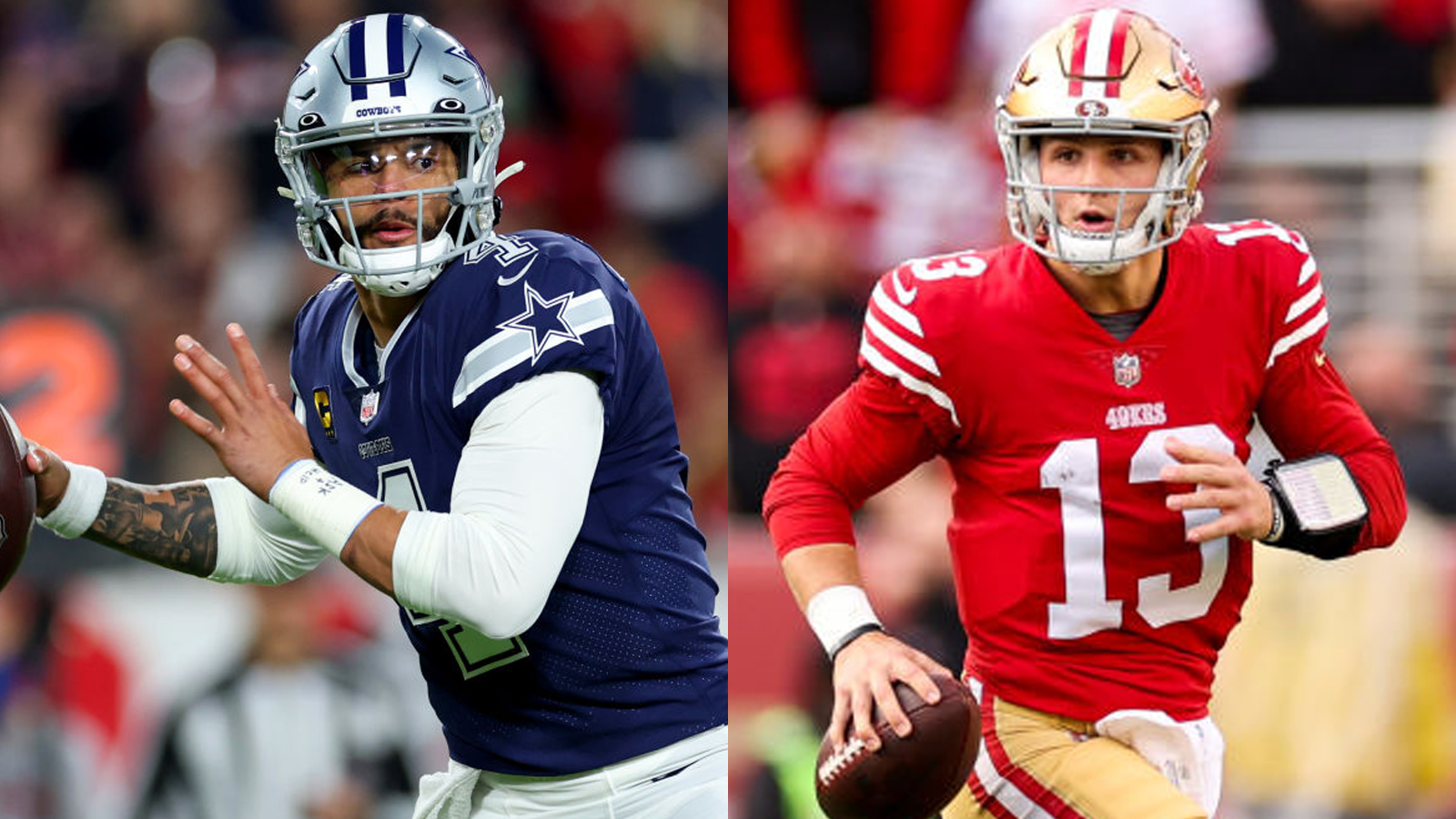