While 49ers fans might have felt a breath of optimism on Tuesday, when ESPN’s Adam Schefter reported Jimmy Garoppolo has a slim chance to return this season, coach Kyle Shanahan painted a more realistic picture about Jimmy G’s recovery. It’s going to be a major longshot for the quarterback to return to the Niners after he suffered a broken foot in Sunday’s win over the Miami Dolphins.

“It’s not a Lisfranc, they don’t have to do surgery on it. Still gonna be a big recovery, but much less than we anticipated,” Shanahan said. “Which is awesome news for him in the offseason, he’ll be good to go right away, so it won’t be like last year. There’s that way outside chance late in the playoffs or something like that, but it’s just an outside chance. We’re not real optimistic about that, but you never rule it out.”

Shanahan said that the proposed 7-8 week comeback timetable for Garoppolo is in regards to his bone healing. Returning to an NFL football field in that period is a whole ‘nother beast. The NFC Championship (if the Niners make it that far) would be eight weeks after Garoppolo's injury and the Super Bowl will take place 10 weeks later.

“I know it’s a serious injury that’s most likely to keep him out for the year," Shanahan said. "I know it was really good news that there was no ligament damage or anything. He’ll be fine once the broken foot heals.”

The 49ers have two remaining return designations for players placed on injured reserve this year, though they’ll have to see how defensive tackle Javon Kinlaw (knee) and running back Elijah Mitchell (MCL sprain) progress as well.

“We gotta play that by ear, with our whole roster,” Shanahan said. “Our goal is to get to the playoffs, so we gotta make sure we do the best thing possible for that. That is the issue with IR. Most likely, if that did happen, he wouldn’t be able to come back for that, so we’ll see these IR decisions play out over the next few weeks.”

Shanahan confirmed that the 49ers didn’t put in a waiver claim on Baker Mayfield earlier this week once he was granted his release by the Carolina Panthers. Mayfield has since been picked up by the Los Angeles Rams. Shanahan said he feels confident in rolling with Purdy as the starter and and recently-signed 36-year-old veteran Josh Johnson as the backup.

The shift from Jimmy G to Purdy shouldn’t be a a big one for the 49ers and their playbook going forward.

“We’re trying not to make it a drastic change,” Shanahan said. “They have similar skillsets and we got a lot of confidence in Brock. We’ve seen him in practice, our players have, we have and that’s why we’re confident in him. He hasn’t played a ton of football, so there is some unknown out there. But we know he has the ability to do it and we know he’s got the mentality to do it. Don’t like how we got to this point, but we’re definitely excited about the option that we have.”

Shanahan said Purdy has repeatedly been able to take advantage of his limited reps since the 49ers selected him with the final pick of the 2022 NFL Draft. Purdy might have been behind Trey Lance and Nate Sudfeld in the pecking order during offseason team activities (OTAs), but has impressed the Niners vaunted defense during his scout team reps this year.

Shanahan said Purdy’s mentality hasn’t changed despite his rise up from QB3 to QB1.

“He carries himself the same way,” Shanahan said. “Brock’s got a good edge to him. He’s quiet, but I think he’s more respectful being the younger guy in the room. But you can tell how the rookies gravitate to him. He’s got good command over them, our scout team. From (veteran linebacker) Fred (Warner) and all those guys, they love him. He’s aggressive over there and he’s not shy in anything he does. He’s fit in with our team well. He understands his role and now it’s gotten a lot bigger. But I don’t think you change that. I think he keeps being him.” 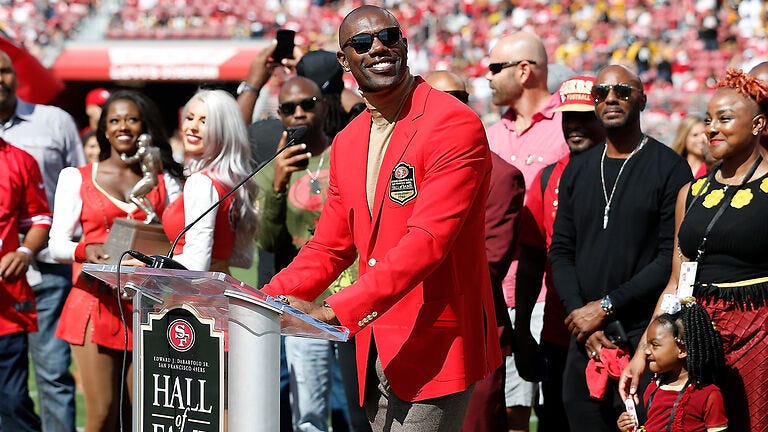