General manager John Lynch – and perhaps an errant thumb tap – sent the 49ers Twittersphere into a tizzy this past weekend. Following the 49ers’ 20-17 loss to the Tennessee Titans Thursday, in a game where quarterback Jimmy Garoppolo threw two costly interceptions and committed some other errors, 49ers fan @40tee9er sent out the following tweet, suggesting the team leave Jimmy G in Nashville.

Lynch’s account “liked” the tweet and set 49ers Twitter alight, though he eventually unliked the post. During his conference call with reporters Monday, 49ers coach Kyle Shanahan said he was unaware if Lynch and Garoppolo had a conversation regarding the mini tweetgate scandal.

“I don’t know if he did,” Shanahan said. “No, I don’t think that [he] has to. I think everyone in this building knows John pretty well and as soon as you read a tweet like that, I don’t think one person who knows John thinks that he did that. They’re wondering how he messed that up. That’s why I don’t have things like that, I would probably do the same on accident.”

Ah, social media – it giveth and it taketh. And it createth unwanted drama.

For all we know, Lynch was just scrolling through his replies and accidentally tapped his screen a little too hard. He’s probably smart enough to know that a huge firestorm would follow his red-heart tap on a tweet like that.

As it turns out, Garoppolo suffered a thumb injury Thursday that sidelined him for Monday’s practice and he will be re-evaluated Wednesday. Trey Lance could be in line to make the second start of his career against the Houston Texans Sunday as the 49ers grapple with the New Orleans Saints and Philadelphia Eagles for playoff position.

Shanahan surely wouldn’t stoke any more flames to the situation with his comments Monday, but it sounds like Lynch was merely a victim of some fat thumbs. I doubt Shanahan’s comments will do little to quell the conspiracy theorists around Lynch, though. 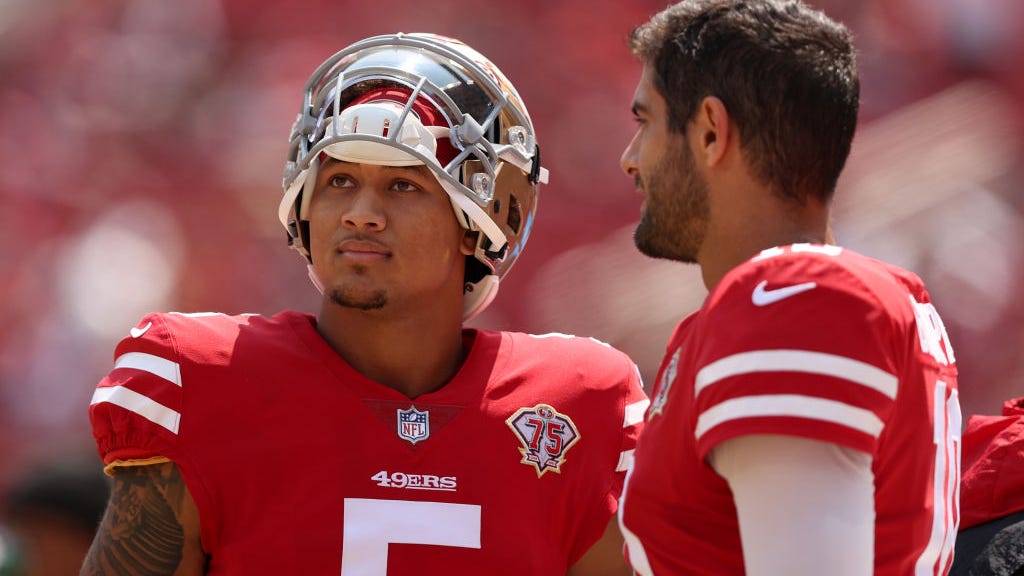