Perhaps no one has more insight on 49ers-Packers over the years than Mike Holmgren. The San Francisco native, who is an alum of Lincoln High, served as an assistant on the 49ers coaching staff from 1986-91 before building a juggernaut with Green Bay from 1992-98 as head coach.

Ahead of Saturday’s 49ers versus Packers divisional round matchup, Holmgren joined 95.7 The Game’s “The Morning Roast” to share his perspective. Listen to the full interview below:

Holmgren weighed in on the 49ers quarterback situation, as the team announced Monday that Garoppolo suffered a shoulder injury in last week’s thrilling Wild Card win over the Dallas Cowboys. Holmgren said he would have handled the issue differently.

“I read about his injury in the paper today and he was very outspoken about how he felt,” Holmgren said. “That’s a no-no, first of all. I would have had a conversation with the quarterback and said, ‘You’re not talking about this.’ Are you hurt? Yeah. But I’m the only one that knows that, let’s keep it low-key.”

In last week’s win, Garoppolo was playing through a thumb injury he suffered in Week 17. During a play when he was thrown to the turf, Jimmy G tried to avoid landing on his hand, but tweaked his shoulder instead. ESPN’s Nick Wagoner shared a video:

#49ers QB Jimmy Garoppolo on how he hurt his shoulder: "I just got thrown down, went to put my hand out and sort of had in my mind if my thumb hit I didn't know what was going to happen." Has been said that the injury happened in Q2 but this was late Q1, too. pic.twitter.com/kZr7P8pMQw

So, would Holmgren feel comfortable throwing rookie Trey Lance into a starting role against the NFC’s top seed on the road at Lambeau Field, where temperatures are expected to be in single digits? Not so much.

“You get a young guy who isn’t as polished, if you will, or experienced, as your veteran but he can really run and make things happen,” Holmgren said. “That can be very, very good, but it’s hard for a young guy in that situation.”

Looking ahead to the offseason, Garoppolo is a prime trade candidate. He’s 30 years old and led the 49ers to a playoff victory, but the front office can save $25.5 million off the salary cap by trading or cutting him next season. With Lance, the 2021 No. 3 overall pick, patiently waiting all season, Garoppolo’s time is all but over in Santa Clara.

Holmgren said he would be hard-pressed to send a first-rounder to the 49ers for a player like Garoppolo, though.

“I wouldn’t do that,” Holmgren said. “But I was a little conservative about those types of things.” 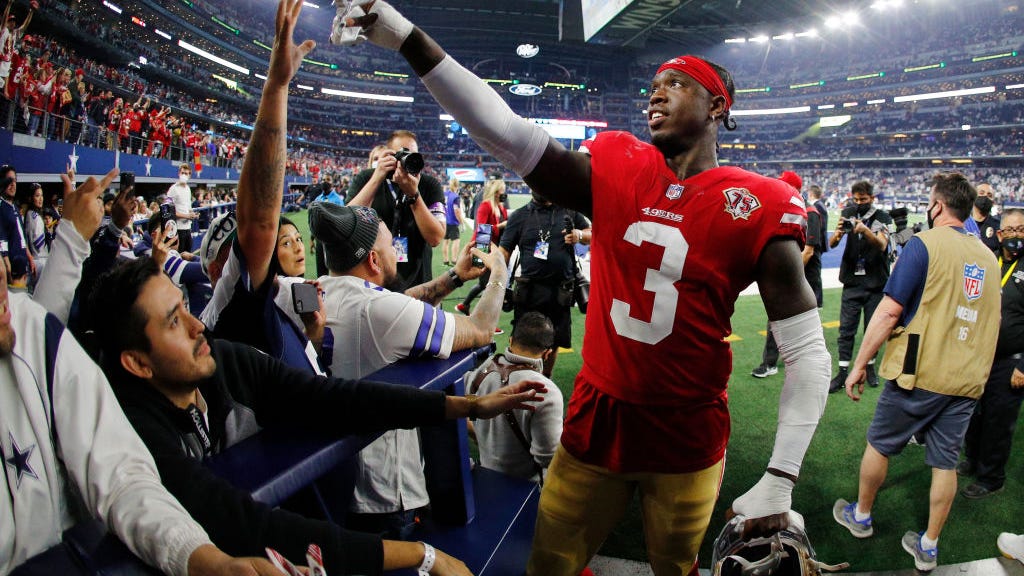