Former 49ers quarterback and NFL great Steve Young has accomplished everything a QB can during his playing career. He won a Super Bowl, two league MVPs, and enjoyed numerous trips to the Pro Bowl.

However, during a charity banquet for the Child Mind Institute, Young opened up about some of the mental health struggles he dealt with as a child and during his 15-year long career in the league.

"I didn't know this, but I grew up with severe childhood separation anxiety," Young told the audience during his speech at the banquet, per Daniel Brown of The Athletic. "All I knew was that I didn't sleepover at other people's houses. I had straight A's, I didn't miss a day of school, and I was captain of three sports. I mean, if you knew me back then you'd say, 'That kid's killin' it.' Because I was killing it. But if you said, 'Hey, wanna sleepover at my house?' The answer was: 'It isn't happening.'"

Some of those same issues Young experienced as a kid were difficult to manage during his playing career, and according to Young, on game weeks--he was particularly miserable from Thursday until Sunday.

There was one moment he recalls a period before a game against the Falcons where he was so distraught that he hadn't slept for three days.

"If we win," Young said he promised to the family at the time. "Because you can't show weakness, right? You can't say that there's something wrong if you lose, because then it's an excuse. But if we win, I'll talk to the team doctor and tell him that something's not right."

Well unfortunately for Young and the 49ers, they lost that game 39-34. Young claims to remember getting a victory at the time and still spoke with the team doctor who said he was suffering from severe childhood separation anxiety which has gone undiagnosed Kliff recommended child psychologist Dr. Stanley Fischman to Young.

"I went to the child psychologist, and we're having a conversation and he asked me 10 questions," Young said. "And if you answer yes to eight of them, then you have this severe thing—and I answered 10 of them 'yes.' It was like just classic! How is it that I’m [30] years old and I finally have a name for this crazy thing?"

Before becoming the main guy behind center for the Niners, Young, 60, played for the lack luster Tampa Bay Buccaneers before being traded to San Francisco where he sat behind Joe Montana. Once injuries and friction between Young and Montana forced the franchise arguably one of the greatest quarterbacks ever to Kansas City, Young was able to keep up their winning ways of the team, being named a seven-time Pro Bowler, three-time first-team All-Pro selection and winning two MVPs in his 15-year career.

Young said it's his reasonability and everyone else's to normalize talking about mental health.

"I really do look at it simply as being lost in the woods when a park ranger comes by," he said in his speech. "Would you feel ashamed to ask him for directions? No, you'd be an idiot, not to ask him for direction. I want the same kind of experience for everyone as we make this less shameful. It would be foolish not to seek help for mental health. We need to lose that fear about getting that help." 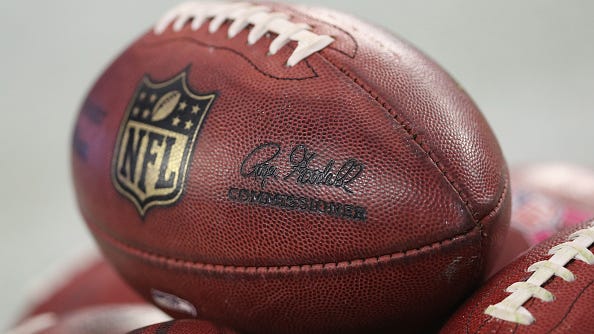