Jim Harbaugh’s name always seems to pop up in offseason football coaching rumors, whether it be negative or positive, in the NFL or NCAA.

After leading Michigan to a No. 2 ranking in the final CFP polls and a semifinals defeat against Georgia, Harbaugh has emerged a possible NFL head coaching candidate again. NFL insider Peter King joined 95.7 The Game’s “Damon & Ratto” for his weekly appearance Monday to talk about the upcoming 49ers-Cowboys matchup in the NFC Wild Card round and the league at large. You can listen to the full interview below:

When it comes to Harbaugh, who coached the 49ers from 2011-2014 and led the team to three NFC title games, King cited sources who have given him insight.

“I’ve heard two things about Jim Harbaugh,” King told Damon Bruce and Ray Ratto. “One, from somebody who has talked to him at great lengths, saying that [Harbaugh]'s going to listen. But he assumes pretty strongly that [Harbaugh]’s going to be back at Michigan.

The Raiders improbably clinched a playoff spot with a Week 18 overtime win under interim coach Rich Bisaccia. Harbaugh’s first NFL coaching gig was with the Oakland Raiders as a quarterbacks coach from 2002-2003. From 1987-1993, Harbaugh played quarterback for the Bears, who just fired embattled former coach Matt Nagy.

So, where does King think Harbaugh is going?

“I was told by a couple of people a couple of years ago, that you will never see Harbaugh leave Ann Arbor,” King said. “He lives on the street where [legendary Michigan coach] Bo Schembechler lived. He loves it there. My gut feeling is that he’s going to end up staying. But, hey, who knows? Maybe somebody throws $12 million a year at him and he goes to the NFL.” 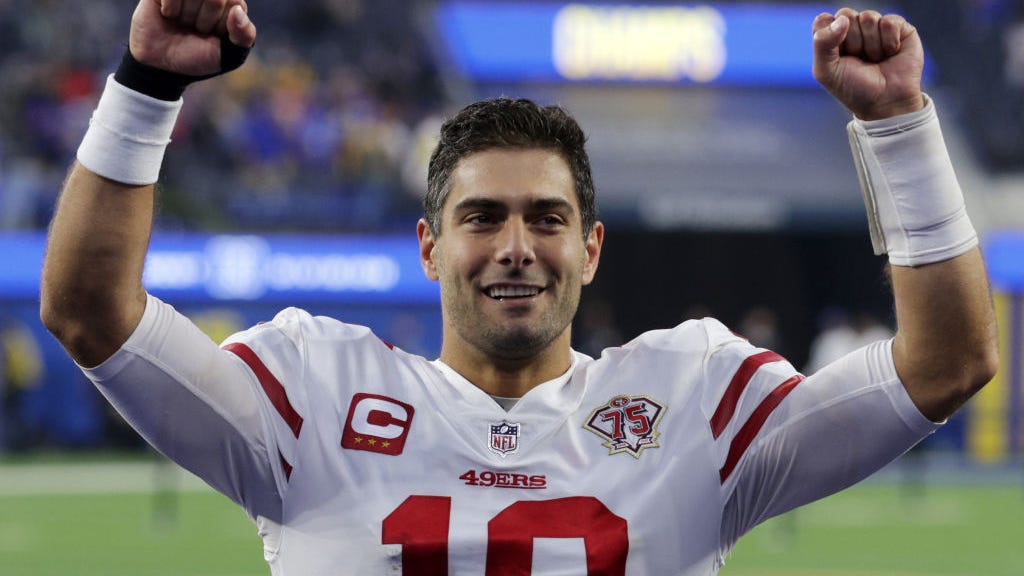