As reported by both Adam Schefter and Ian Rapoport, the Raiders have scheduled a visit with former 49ers quarterback Colin Kaepernick, his first workout for an NFL team in nearly three years.

Known for his activism, Kaepernick became a martyr for social justice by kneeling for the national anthem in 2016. Kaepernick hasn’t played since, spending the past five years out of the league while still holding out hope of one day returning to the NFL.

The 34-year-old has stepped up his comeback efforts of late, popping up at practice fields throughout the country to train with Justin Fields, Chad Johnson, Tyrod Taylor, Michael Vick and Seahawks Pro Bowler Tyler Lockett, among others. Kaepernick last worked out for teams in 2019, holding a showcase for scouts in Atlanta.

Kaepernick also took the field for Michigan’s recent spring game. The Wolverines, of course, are coached by Jim Harbaugh, Kaepernick’s coach for four of his six seasons in San Francisco including 2012 when the Niners reached Super Bowl XLVII.

Despite an extended hiatus, those who have seen Kaepernick in recent workouts have raved about his performance with Lockett and Vick both deeming him “ready” for an NFL return. In the past, Kaepernick had been resistant to accepting a backup job after a five-year stint as San Francisco’s starter, but he has since changed his tune, expressing his willingness to play in any capacity. Kaepernick would have to settle for a backup role in Vegas with Derek Carr (the recent recipient of a three-year, $121.5-million contract extension) entrenched as the Raiders’ starter.

Over 69 career games including 58 starts (all as a 49er), Kaepernick boasts career totals of 12,271 passing yards, 72 touchdowns and 30 interceptions with an additional 2,300 yards and 13 touchdowns on the ground. Kaepernick’s 181 rushing yards against the Packers in 2012 remain the most by a quarterback in playoff history. 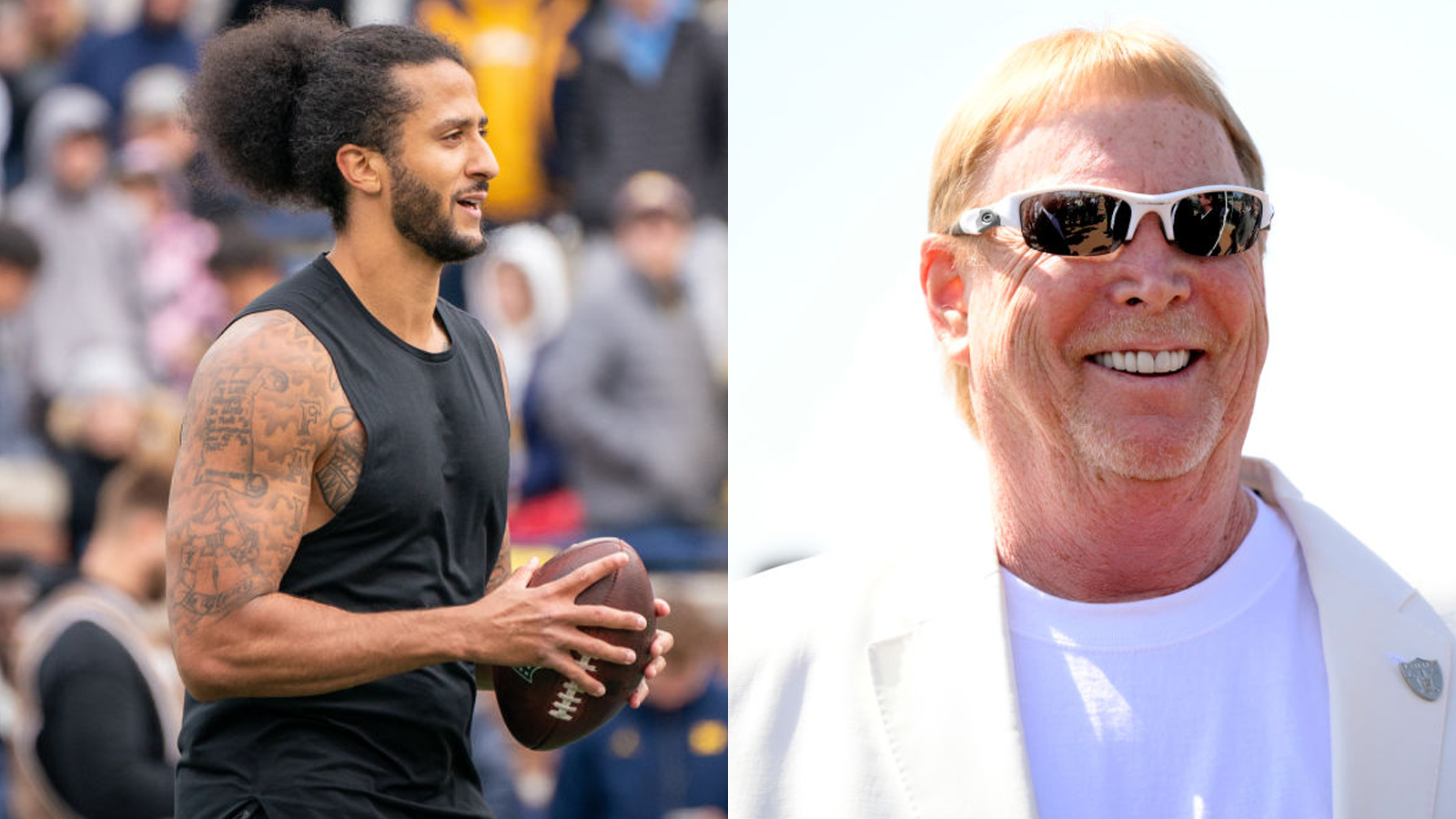