The 40-year-old kicker has accomplished a lot of things throughout his 18-year NFL career, but there’s still one thing he’s yet to do: miss a field goal in a playoff game.

In Sunday’s 19-12 win over the Dallas Cowboys in the NFC Divisional Round, Gould stayed perfect by going 4-of-4. For his career, Gould is now 29-of-29 in the postseason. Just don’t ask him about it.

“I have no idea what you’re talking about,” Gould said after the game with a smile. “Not a clue.”

“I have no idea what you’re talking about. Not a clue.” pic.twitter.com/kQDI9vMKGJ

The 49ers would have liked to score a touchdown in the first quarter when Deommodore Lenoir’s interception set up the squad with a short field at the 21-yard line, but they had to settle for a Gould chip shot. The reliable veteran kicker also hit a 47-yarder with 3:53 left in the first half and a 50-yard as time expired before halftime. He wrapped up the scoring by knocking through a 28-yarder to give the Niners a seven-point lead with three minutes remaining. He even tackled return man KaVontae Turpin on a big return as he got close to midfield.

All in a day's work for Gould.

In total, Gould has appeared in 15 postseason contests dating back to his rookie season in 2005. So, what is it about the playoffs that gets Gould so locked in?

“I just love ‘em,” Gould said. “The intensity picks up every week. I was watching a TV show the other night with the Warriors and Steph Curry talking about their run. Every level that you make and win and keep winning, the intensity just picks up. The focus picks up.”

On the other side of the field, Cowboys kicker Brett Maher was a marked man, as he entered Levi’s Stadium on the heels of last week’s performance when he missed four extra points. The crowd went wild whenever he took the field and Maher had his first extra point blocked on Sunday, before stroking through two field goals.

The @49ers block the extra point!

Gould said he could relate to Maher’s struggles.

“It’s a fraternity, right?,” Gould said of NFL kickers. “What he’s going through is not fun for any kicker to watch. We’ve all been there. He’s got a lot of talent. He hits a really good ball, you see that in his kickoffs as well. For him, he’s had a great season, it just wasn’t the postseason he probably would have liked to have had. But I have a lot of respect for what he’s been able to do this season.”

The postseason pressure is nothing new to Gould, but he’s still never been to the Super Bowl. He started his career with 11 seasons with the Chicago Bears (2005-15), before playing one season with the New York Giants in 2016 and joining the 49ers when Kyle Shanahan and John Lynch took over in 2017. He’s been Ol’ Reliable Robbie ever since.

“Robbie’s consistency since he’s been here, it’s really been everything,” fullback Kyle Juszczyk said. “When we get to that 35-yard line, I don’t even think twice. I just feel like I know we’re gonna get three points. I hope I didn’t just jinx him.” 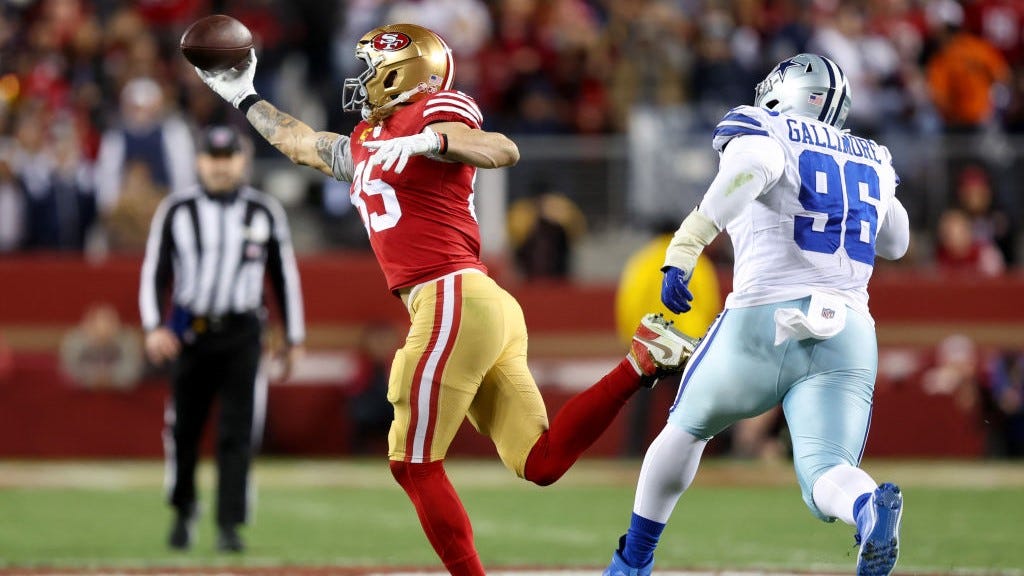