Despite signing Tristan Vizcaino to the practice squad, Maher is the only kicker active for a Divisional Round matchup with the San Francisco 49ers. And after Dak Prescott connected with Dalton Schultz for a second-quarter touchdown, Maher came on for the extra point, and had it blocked:

This is truly a remarkably bad run from Brett Maher. So bad it’s almost impressive. pic.twitter.com/uhjSf3ouvu

It's one thing to have an extra point blocked, because that can sometimes indicate a breakdown in the snap, hold or protection. But if you look at the trajectory of this kick, it wasn't going to be even close.

According to NFL Research, the five extra points that Maher has missed over two games this postseason are the second most in any career in NFL history.

On the following drive, the Cowboys passed up what would have been approximately a 45-yard field goal attempt, instead choosing to go for it on fourth-and-four. Ultimately, Prescott scrambled for nine yards, so the decision worked out at first. But it was also indicative of how little confidence there is in Maher right now. And later in the drive, Prescott was picked off.

As the Cowboys face the possibility of not having a kicker for the second half of a game where a trip to the NFC Championship Game is on the line, social media reacted to Maher's struggles:

Brett Maher is the most incredible story in sports right now. He’s lucky it got blocked because it was 100 percent missing

Brett Maher when the camera cut to him just now pic.twitter.com/joSTT63dc6

Brett Maher is my favorte football player in NFL

Brett Maher when he sees his team approaching the end zone pic.twitter.com/6jMbP0pHUB

Brett Maher when the Cowboys are about to score pic.twitter.com/VBJcjn1amk

Robbie Gould showing Brett Maher how to kick the ball through the uprights: pic.twitter.com/diN3yTF96A

Brett Maher trying to get into the cowboys locker room at halftime pic.twitter.com/X8mSrKHqSj 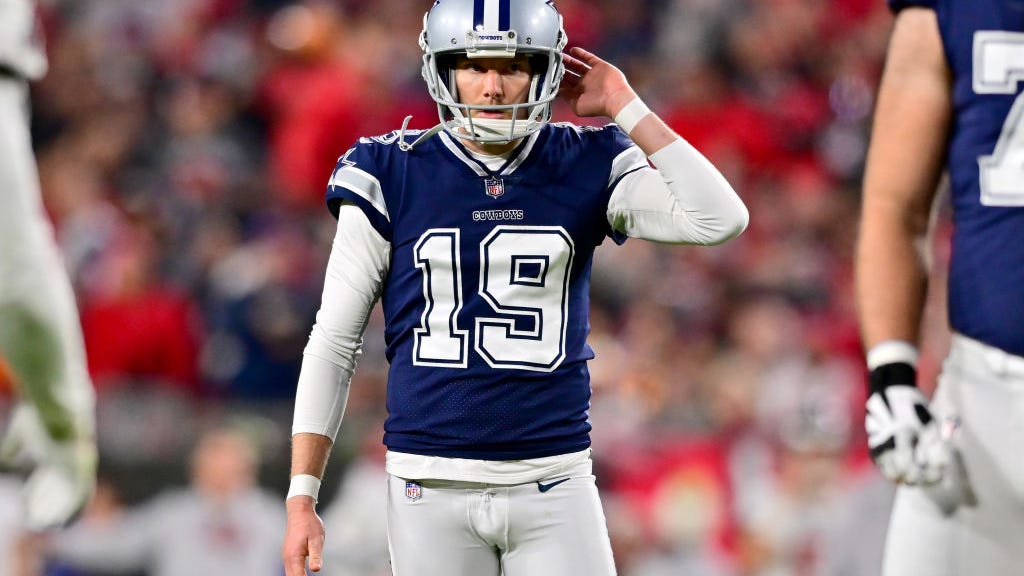