The 49ers can’t make it through a game without suffering a major injury on offense.

In Week 1, running back Elijah Mitchell was lost for about eight weeks with an MCL sprain. In Week 2, quarterback Trey Lance was lost for the season with a knee/foot injury. On Sunday, All-Pro left tackle Trent Williams was lost for a few weeks after suffering a high ankle sprain.

“He'll be out some time,” Shanahan told reporters via conference call Monday. “No, the swelling's pretty bad, so high-ankles are usually, just for everyone, they say four-to-six (weeks), but sometimes it can be sooner and sometimes it can be longer.”

Williams got hurt in one of the worst plays in recent memory for the 49ers, as a Broncos defender leg whipped him before Jimmy Garoppolo ran out of the back of the end zone for a safety, wiping out what could have been an easy pick six after his bad throw into coverage.

The All-Pro Williams is arguably the top player on the 49ers and a trusted blindsde protector. Jaylon Moore only lasted seven snaps and looked overmatched before Colton McKivitz finished out the game. Shanahan said McKivitz will get the starting nod Monday night against the Los Angeles Rams.

“He’s the best football player in the NFL. When you lose the best player in the NFL – it’s not like a gut punch – but he’s the most reliable person. There’s no pressure, there’s no sacks. You take him out and, there’s nothing against the guy below him, but there’s no one that’s nearly as good as Trent Williams. When you lose a guy like him, who’s also a captain, the most steady player on our team besides probably Nick (Bosa), it’s just tough."

“He’s the best football player in the NFL… There’s no one that’s nearly as good as Trent Williams. When you lose a guy like him, it’s tough."

Shanahan also offered updates on linebacker Azeez Al-Shaair, who is expected to miss a few weeks with an MCL sprain and tight end Ross Dwelley, who is day-to-day with a rib issue. The 49ers want to be smart about how they use up their eight injured reserve spots that are eligible to return.

You have to assume that Mitchell and safety Jimmie Ward (hamstring) will be among the IR players who will be designated to return. We’ll have to see how long it plays out with Williams, Al-Shaair, running back Ty Davis-Price (high ankle sprain) and tight end Tyler Kroft (MCL sprain). Shanahan added that Ward and cornerback Jason Verrett (ACL) are on track to join team practices next week when eligible to return to the IR. 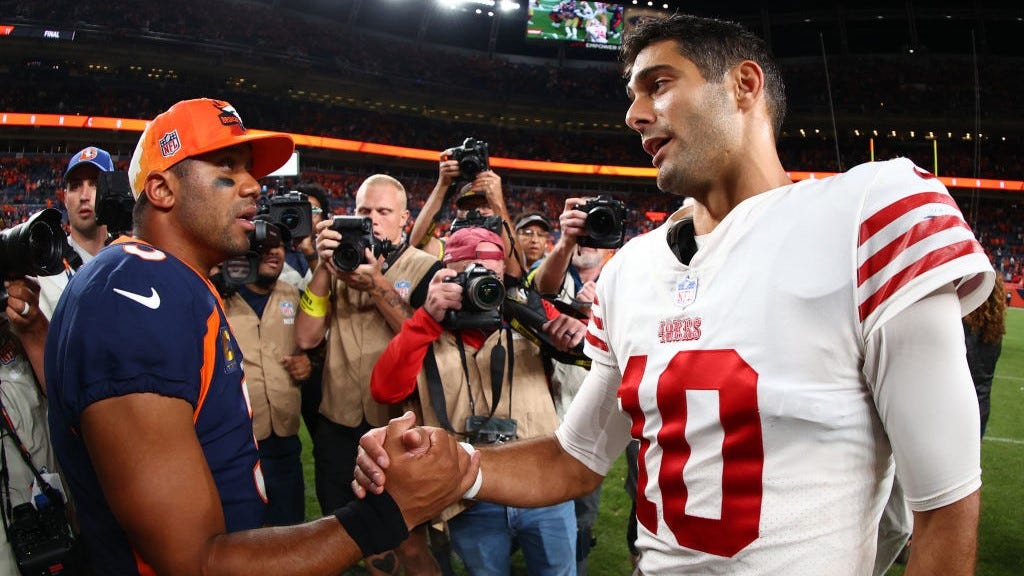