Trey Lance looks to be in good spirits after his “successful” surgery Monday.

Shortly after the 49ers released an official statement on his procedure, the quarterback posted a smiling photo from his hospital bed, with his right ankle and foot wrapped up. The 22-year-old is in recovery mode now and expected to be ready for the 2023 season.

Lance quoted a bible passage and sent a heartfelt message out to all his supporters.

“Truly appreciate all of the messages and prayers,” Lance wrote. “Surgery was a success and I am ready to attack this rehab process. We will never understand why, but I trust that it is all a part of His plan, and I will be back better than ever. This chapter is going to make the story even greater!”

From the comments of his coaches and teammates following the devastating injury in Sunday’s 27-7 win over the Seattle Seahawks, Lance maintained his bright attitude in the locker room afterwards.

“He’s doing as good as you can,” coach Kyle Shanahan said after the game. “When I went out and saw him he was just asking me about a couple of the plays before, about some of his reads. That’s the type of kid he is and I’m hurting for him.”

Backup quarterback Brock Purdy also said he saw Lance talking with his dad and trainers in the training room after the game, but he was handling it well.

“We all got his back,” Purdy said. “For us to go out and finish the game, for Trey and everything that he’s done for us, it’s huge for us. We all got his back, we love him. He knows that. We just gotta continue to move forward and win at all costs.” 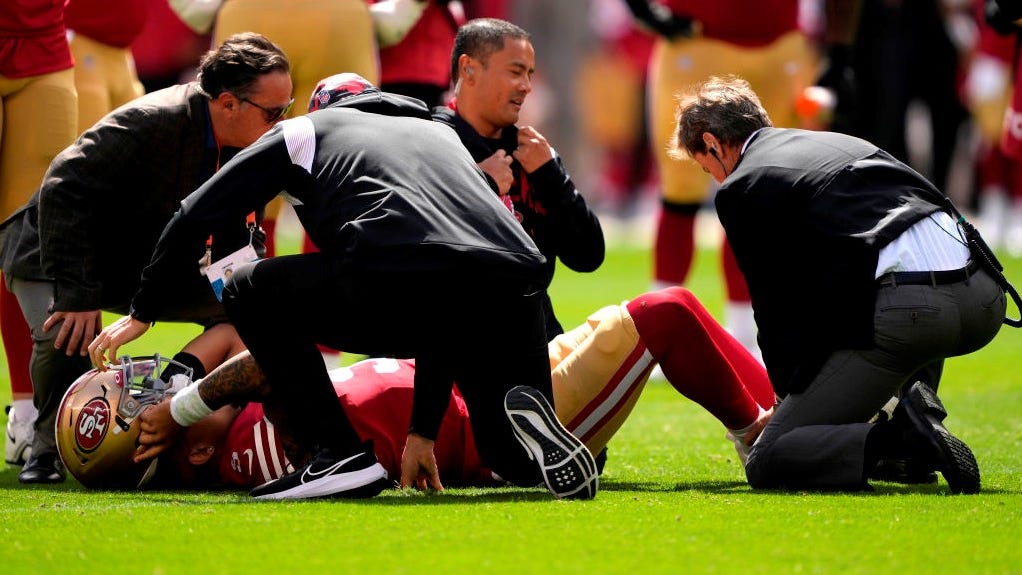 49ers: Trey Lance should be ready for 2023 after 'successful' surgery