It’s only the preseason, but the Trey Lance Era started with a bang on Friday at Levi’s Stadium.

The second-year quarterback led the 49ers onto the field before the exhibition opener against the Green Bay Packers before his first contest at the controls of the franchise. He capped off his evening by dropping a dime to rookie receiver Danny Gray for a 76-yard touchdown in the second series of the game, the highlight of the 28-21 victory.

Kyle Shanahan had seen enough, as the 49ers coach trotted out backup quarterback Nate Sudfeld for the third drive of the game. Lance finished Friday night 4-of-5 for 92 yards in his two drives of action, adding another seven-yard scramble on the ground.

On the touchdown toss, Gray lined up in the slot before beating Packers backup safety Dallin Leavitt down the left sideline, as Lance lofted one 35 yards downfield and caught him in stride. Gray, a third-round pick out of Southern Methodist, did the rest, tip-toeing down the sideline before going untouched for a score to make a huge first impression.

"Throw it to the fast guy," Lance said after the game. "Danny did a great job and he’s done a great job all camp. Just him being healthy, obviously he's a difference-maker on offense. His speed is something that I've had maybe one other time in my life. For me, it's a fun to have."

Lance also showed some nice mobility on a designed boot on the first drive, when he rolled out to his right and hit Ray-Ray McCloud for an eight-yard pass in the flat. Lance entered the game after struggling with his accuracy throughout training camp but put the ball where it needed to be Friday.

As for Lance himself, he said he couldn't wait to watch his scramble on the game film.

"I'm excited to watch it," Lance said. "I got down. That was my first time sliding in my whole entire life."

Welcome to the QB1 life, Lance.

“That was my first time sliding in my whole entire life." 😂

Trey Lance evaluated his performance vs the Packers and call the slide his play of the night. pic.twitter.com/S6TzSBLpcw

Given the small sample size, the 49ers have to be pleased with Lance’s performance on Friday, as his two drives resulted in 10 points. The Niners went 27 yards on nine plays in the first series before Robbie Gould nailed a 50-yard field goal.

"Seemed solid," Shanahan said of Lance. "He did some good things. It was a good first game. Wish we could have kept him out there more, but gotta get him out." 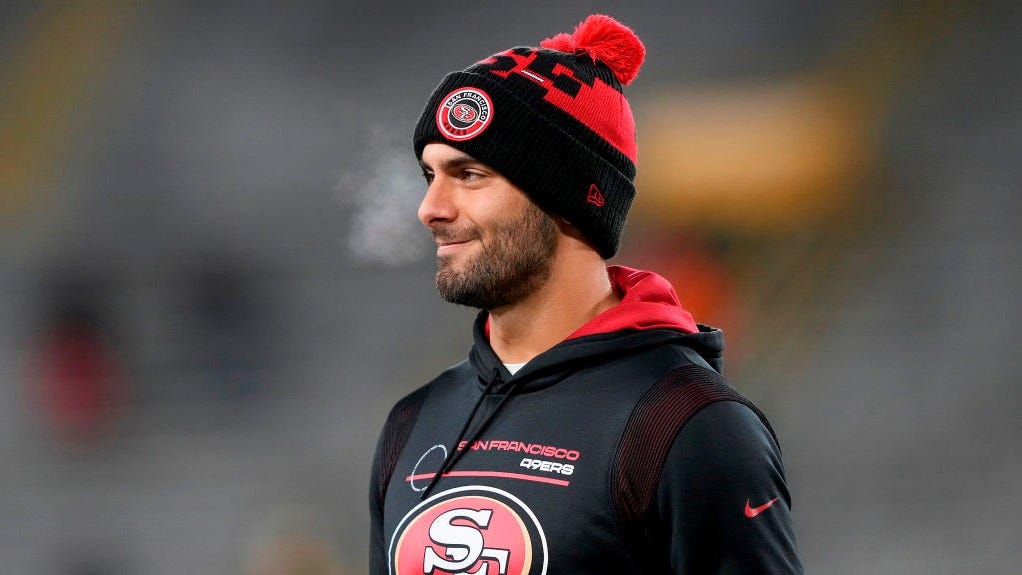