For the first time in the 101-year history of the National Football League, every team played a 17th regular season game, doing so during the league’s first ever Week 18. What was once a contentious debate between owners and players was implemented by the owners during the last offseason, expanding the football schedule to 17 games, up from the previous 16-game schedule over 17 weeks, which fans had enjoyed since the 1978 season. 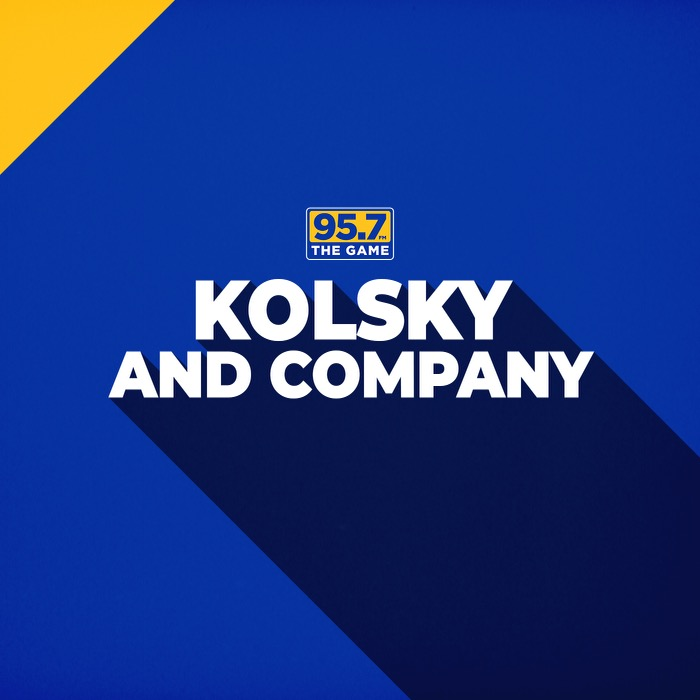 The expanded schedule gave us a few quirks. A 9-8 record may always look weird in the standings, same with the equally-cringe inducing record, 8-9. It also provided us with a thrilling slate of Week 18 games, including a game that inspired millions of red-blooded American football fans to root for a game in which no one wins.

Whether the extra game is good for the sport or just a cheap cash grab by the owners, one thing that cannot be denied is that the extra game mattered. And depending on the team, it mattered A LOT.

First, here is how the season standings played out this year, with the additional game. 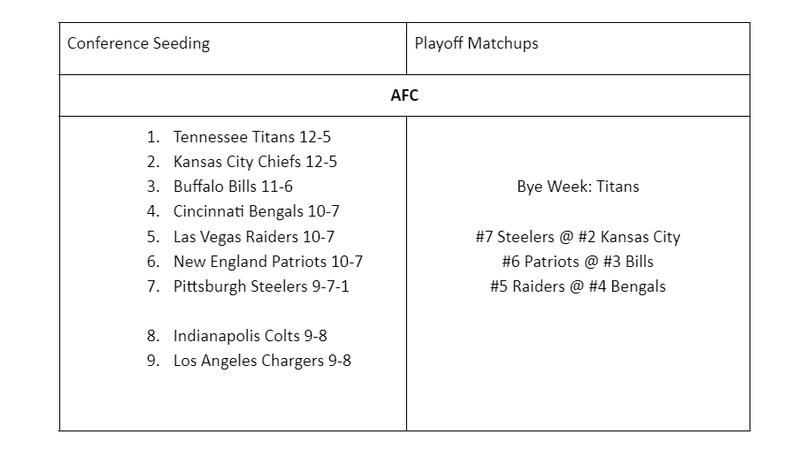 But what if the season was still going under the previous 17-week format, and we had no Week 18? The standings would look like this.

The Colts and Chargers would be in the playoffs and the Raiders and Steelers would be scheduling tee times. In the NFC, the Rams would not have suffered that Week 18 loss to the 49ers, and would be the No. 22 seed, getting ready to host Jalen Hurts and the Eagles rather than divisional rival Kyler Murray. Meanwhile, the 49ers, who would still have been in a win-and-in situation, would be heading to Tampa Bay for the much-anticipated Tom Brady – Jimmy Garoppolo matchup we have all secretly been craving.

Of course, the 18th week of the season were all divisional matchups, which would have still occurred in the previous scheduling format. The expansion of the schedule meant adding an “additional game” in the form of an inter-conference opponent, based on record.

Remove those extra inter-conference games, and the standings would look like this: 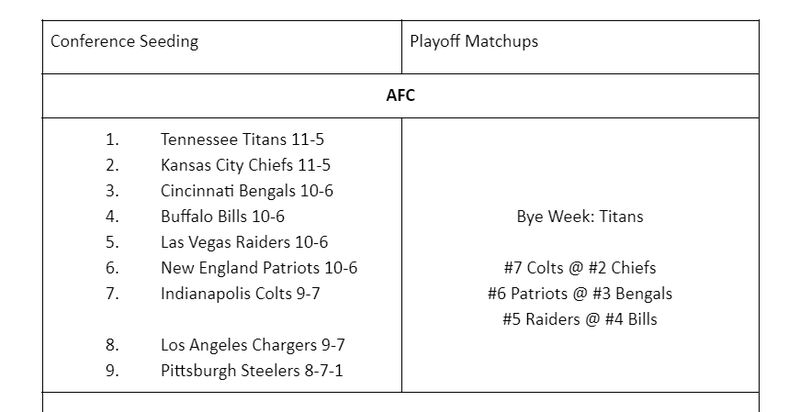 Without their Week 12 loss to the Buccaneers dragging them down, the Colts embarrassing season-ending loss to the Jaguars would not have kept them out of the playoffs. The Colts would still have to watch in abject horror as the entire football watching world rooted for anarchy to break out in the form of a Chargers-Raiders tie that would have sent both those teams to the playoffs at the Colts expense.

The Steelers, meanwhile, would not have their extra win over the Seahawks back in Week 6, and would not be sweating out a tie because their season would have come to an end earlier that day. And without the loss to the 49ers, the Bengals would be hosting the Patriots, and not the Raiders, which might have been a tougher test having to go against a Bill Belichick defense in the playoffs.

In the NFC, the Eagles would not have their win over the Jets in Week 14, meaning they would have been eliminated from playoff contention after their beatdown at the hands of the Cowboys, and the 49ers and Saints (no longer burdened by their loss to the Titans) would have been playing to secure seeding. And the Cowboys would be hosting those Saints and not the 49ers, something former Cowboys wide receiver and hall of famer Michael Irvin would probably have preferred.

Which teams benefitted the most from the additional game:

Teams that suffered due to the additional game:

The 17-game, 18-week schedule looks like it is here to stay. Whether it is good for the game may be a debate, but the additional game certainly left its mark on the season. 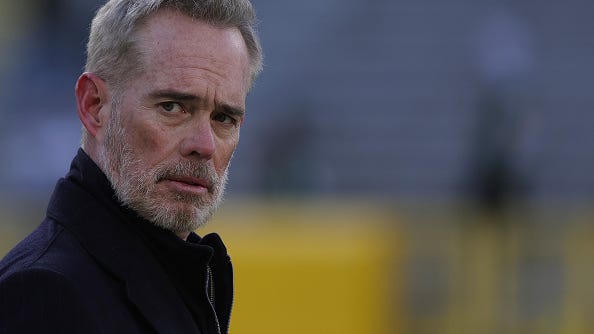