As MLB and its players association hurtle toward a lockout starting at 8:59 p.m. PT Wednesday, the San Francisco Giants have finalized some major additions to their rotation.

On Tuesday night, the Giants announced the signing of free agent right-hander Alex Cobb. On Wednesday morning, the team formally announced the return of Alex Wood, whose pending contract agreement was first reported on Nov. 22. According to reports, Cobb’s deal is for two years and $20 million while Wood’s contract is a two-year accord worth $25 million.

San Francisco entered the offseason with an empty starting rotation behind possible 2022 ace Logan Webb. The Giants also inked Anthony DeSclafani to a three-year deal worth $36 million, while fellow 2021 revelation Kevin Gausman cashed in a five-year, $110 million contract with the Toronto Blue Jays.

Barring another signing Wednesday, the Giants will enter the MLB labor limbo period with four bona fide starters -- Webb, DeSclafani, Wood and Cobb. The Giants are following a similar formula to their 2020-21 offseason, when they filled the rotation with veterans on eight-figure contracts.

While the DeSclafani, Wood and Cobb deals are all multi-year, they total an $81 million combined investment. If the trio stays healthy over the life of their respective contracts, we will probably look back on this as a shrewd flurry of signings by 2021 National Executive of the Year Farhan Zaidi and Co.

The Giants are familiar with DeSclafani and Wood but Cobb is a bit more of an unknown commodity. Right wrist issues limited Cobb to 18 starts in 2021 for the Los Angeles Angels, though he was solid when on the mound. The 34-year-old finished with a 3.76 ERA, 1.26 WHIP and 98/33 K/BB ratio in 93 innings last season. The numbers are nearly on par with his 10-year career averages (3.87 ERA, 1.26 WHIP), though he has never finished more than 29 starts in a season.

San Francisco still has a hole in the rotation while most of the major arms on the market have already been swooped up. Top available starter options include right-hander Marcus Stroman, southpaws Clayton Kershaw (would be weird, huh?) and Carlos Rodon.

Sure, the Giants might want to have another top arm in the rotation, but they seem to be in a good spot considering the question marks surrounding starters heading into the offseason. They haven't broke the bank yet, either. Look for them to add one or two more veterans once the lockout is lifted. 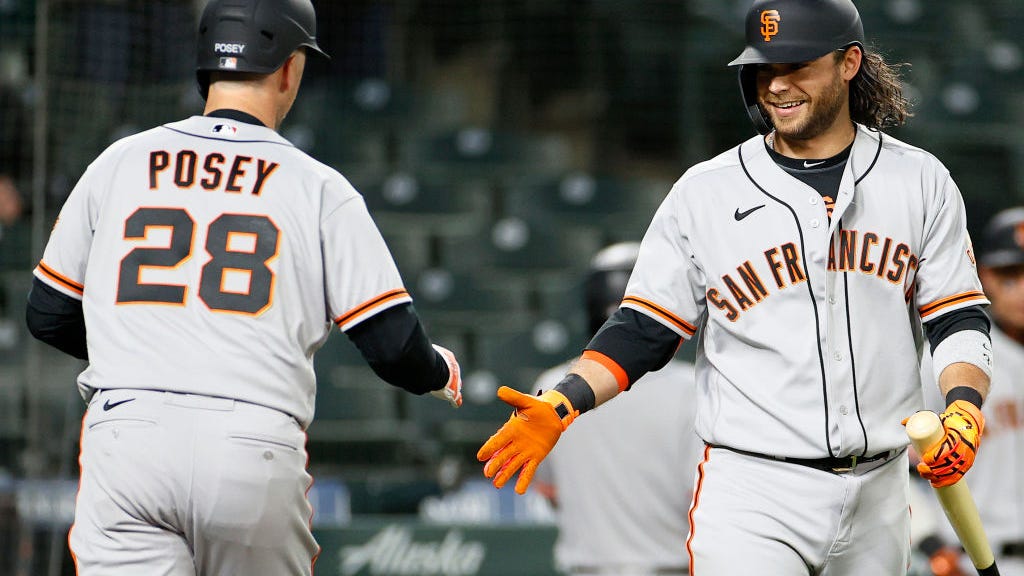