Giants fans woke up to dreadful news on Wednesday morning, as AL MVP Aaron Judge decided to stay put with the New York Yankees after a very public flirtation with San Francisco.

Judge reportedly has agreed to a nine-year, $360 million contract to stay with the Yanks, which sounds like it was on par with the offer from the Giants, who were left holding the bag. Again. Bryce Harper. Shohei Ohtani. Giancarlo Stanton. Rinse. Repeat. Dry those tears, Giants fans.

In the end, the Giants may just have been a pawn in Judge’s game. You could easily look at the situation and say Judge used his ‘hometown team’ as leverage to drive up his price with the Bronx Bombers. According to SNY’s Andy Martino, Yankees owner Hal Steinbrenner contacted Judge after the Giants’ reported $360 million offer on Tuesday and tacked on a ninth season to seal the deal. Ouch, babe.

Sources: Last night that Yankees were at 8/$320MM for Judge. They believed SDP was at $400 and Giants would get there. Hal got on phone w/Judge, asked him if he wanted to be a Yankee. Judge said yes but need 9th year.Hal/Judge closed deal.

Hell, you could even make the argument that the Giants finished in third place in this negotiation, as the San Diego Padres reportedly swooped in at the 11th hour and put in a $400 million bid for Judge, who met with the franchise on Tuesday but ultimately decided to stay put in pinstripes.

Making things worse? Reporter Jon Heyman made Giants fans (and players like Logan Webb) believe that Judge was heading to San Francisco Tuesday afternoon before retracting his tweets and making an apology for jumping the gun. Just cruel stuff.

As a consolation prize, the Giants ended up with another right-handed, power-hitting outfielder from Northern California: Mitch Haniger. The Giants signed Haniger to a three-year, $43.5 million on Tuesday evening, but that’s done little to shore up the morale of a fanbase starving for a star. No offense to Haniger, the Mountain View native and Archbishop Mitty product, but I suspect his No. 17 jersey won’t be selling like hot cakes or putting tens of thousands of butts in the seats at Oracle Park. That No. 99 jersey in orange in black sure would have been nice.

The #SFGiants have agreed to terms with OF Mitch Haniger pic.twitter.com/3T6PIBKVzh

In the end, this feels like more of the same from Farhan Zaidi and the Giants front office, who are perusing gifts from Toys for Tots while the heavy-hitters are going on a holiday shopping spree at FAO Schwarz. The fact that San Francisco was outbid by San Diego – following months of declarations that finances wouldn’t stand between Judge and the Giants – can’t sit well with the fanbase either.

So, now what? During his appearance on 95.7 The Game’s “Damon & Ratto” Tuesday, Heyman said the Giants would shift their focus to infielders like Carlos Correa or Xander Bogaerts if they struck out on Judge.

Signing Correa would probably jolt up Giants fans, but even adding a quality player Bogaerts at this point would feel closer to ‘meh’ than ‘wow.’ Carlos Rodón could still come back, but the 2022 offseason will always be remembered as the one where the Giants whiffed on Judge. Or the one where they nearly signed Arson Judge.

For all we know, Haniger will explode for 50 home runs this season and make the Giants look smart, getting him for three years at the price of one season of Judge. But the 31-year-old Haniger has had trouble staying on the field, as he’s only put together two healthy seasons since making his MLB debut in 2016.

Those two seasons were solid – he posted an OPS+ of 139 in his All-Star 2018 campaign when he slashed .285/.366/.493 with 26 homers and 93 RBIs. After overcoming a 2019 ruptured testicle that led to back and core injuries that wiped out his 2020 campaign, Haniger played 157 games in 2021, posting career highs in homers (39) and RBIs (100). But then he only played 57 games last year, beset by ankle and back injuries. In other words, the Giants are taking a flier on an aging veteran with significant injury history.

In the end, this isn’t just about striking out on a single player, but it’s about the state of the Giants and their repeated failures to lure a big free agent over the years. No one’s saying, ‘That was a Haniger-ian blast!’ A Judge-ian blast, sure. Haniger-ian blast just doesn’t have the same ring to it.

Because the baseball schedulers have a sense of humor, the Giants will open their season in the Bronx against Aaron Judge and the Yankees. Opening Day will be a stark reminder of how the Giants still can’t hang with the big boys despite their deep pockets. 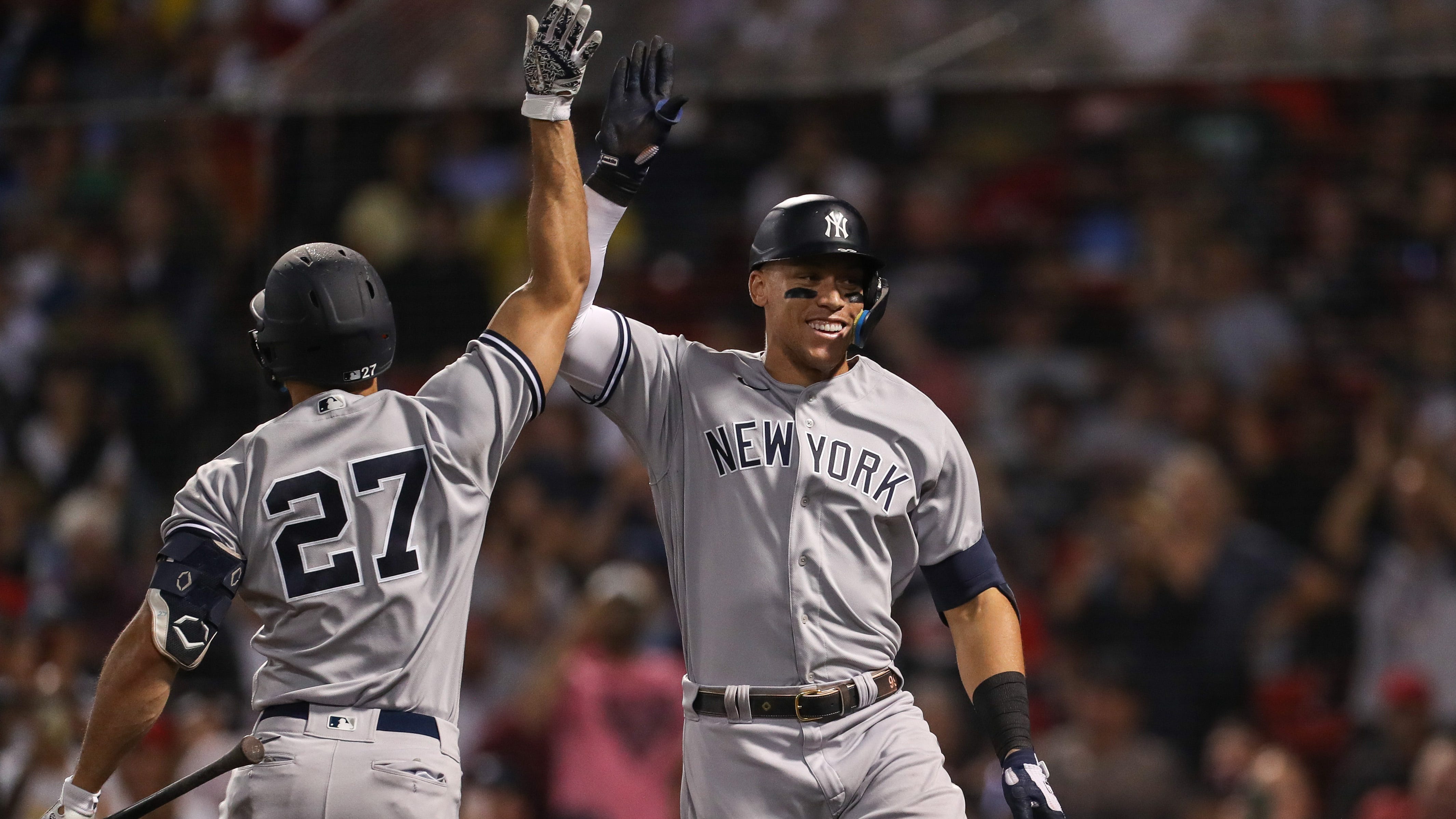