Over the better part of the last decade, the Dodgers have assembled a veritable Death Star of baseball talent. The last three seasons have seen the Dodgers Death Star move throughout the league, winning two-thirds of their games and turning teams into baseball’s version of Alderaan. Last year saw the Giants plucky rebel alliance of a team somehow fire off a couple clutch proton torpedoes down the Dodgers exhaust shaft, winning the NL West with 107 wins to the Dodgers 106. The Dodgers Empire would strike back soon after in the form of a Game 5 win in the NLDS, then turn around and cover up the open exhaust port with a Freddie Freeman and come into this season with an even better Death Star than the last one.

Boy, it sure would be nice if the Giants could build themselves that kind of a Death Star. The good news is, the Giants hired Farhan Zaidi, who was one of the primary architects of the Dodgers Death Star, and all signs point to him repeating his process with the Giants that he found so much success with while serving as general manager of the Dodgers from 2014-18.

Podcast Episode
Garlic Fries and Baseball Guys
Bart Sent Down and the Defense in Shambles, and the Dodgers Are Now In Town
Listen Now
Now Playing
Now Playing

We are four years into the Farhan Zaidi process, and by this point, it is fair to wonder what exactly is the endgame with the Giants president of baseball operations plan to make the Giants not just a competitive team, but a competitive team that can go toe-to-toe with one of the most well-built and well-run teams in baseball. Fans were right to assume that following a 107-win season that the Giants would be “primed” for a successful free agency and that the team was “going to be pretty aggressive” and to expect a flurry of activity. And those are not my words, but the words of Giants CEO Larry Baer, who probably has been in a meeting or two with Zaidi when they discussed free agent options.

And after the lockout ended, the Giants pounced quickly on Carlos Rodón, spending so much money ($44 million) that other teams were concerned about their ability to spend money. This was it. Farhan was opening up the Giants financial floodgates and was primed to flood the free agency market with orange and black money. Except that is not what happened. Because that is not part of the plan.

So, what is the plan?

Last Friday on 95.7 The Game’s “Garlic Fries and Baseball Guys” podcast, Zaidi gave us the clearest picture of the plan to date. When host Mark Willard pressed Zaidi on how he intends to have the Giants compete with the likes of the Dodgers, he offered up this answer:

“When you look at the Dodgers when I was there, that’s when we brought in, when Joc [Pederson] was a rookie in 2015, Cody Bellinger came up, we added Max Muncy and Chris Taylor through smaller deals, Kike Hernandez was in a small deal,” Zaidi said. “It’s almost like the homegrown players and some of the guys that were uncovered finds, that provided the foundation for them to go out and start really star hunting with the Mookie Betts and the Freddie Freemans of the world.”

It’s a long-winded statement from a rather long-winded executive, but in it Farhan describes the plan that he and Andrew Friedman rode to success during the 2015-18 seasons, and the plan that Farhan is in the process of carrying out now with the Giants.

The best way to understand what the next few years of Giants baseball looks like as Zaidi works on his latest Death Star (I will not stop calling the Dodgers a Death Star. It fits too well.) is to look at how the Dodgers developed from where they were when he arrived in Los Angeles after the 2014 season to where they sit now, ruining baseball for all of us.

You’ll notice a slight (slight in this case being used in its most sarcastic form) difference in the talent on hand. This is no disrespect to guys like Brandon Crawford, Brandon Belt, Buster Posey and Evan Longoria, but more accepting the reality that the Dodgers had a much better active roster than the Giants. When Farhan was conscripted into the Dodgers in the winter of 2014 (while you were busy Bumgarnering a six-pack) he was taking over general manager duties for a team that had just won back-to-back division titles. Contrast that to what Farhan found when he arrived on the shores of China Basin, which was a team that was a year removed from a 98-loss season and had just suffered through the worst September in franchise history. People are quick to forget that the Giants were in an all-capitals BAD WAY in the winter of 2018. I bring this up because knowing the location of the starting line is paramount in understanding how far away the finish line is. Zaidi had a starting line that was much closer to the finish when he assumed the mantle of Dodgers GM than the one he found the Giants at. If these teams were runners in the Bay to Breakers, the Dodgers in 2014 would be in the first group of runners who actually got into shape for the race hoping to set a personal best time. The Giants in 2018 were in the group a few blocks back tossing tortillas and shot gunning one last beer before the start. In short: these runners were in the same race, but not on the same level.

Dodgers
IF Max Muncy
IF Chris Taylor
IF Enrique Hernandez

We have come to call them “Farhan Finds” and to date it has been the hallmark of the Farhan Zaidi era with the Giants. What Max Muncy, Kike Hernandez and Chris Taylor are to the Dodgers is exactly what Mike Yastrzemski, LaMonte Wade Jr, Darin Ruf and now Luis Gonzalez have become for the Giants. And in this case, Farhan has found a similar amount of success with the Giants that he has with the Dodgers.

While Hernandez has moved on, Muncy and Taylor have become fixtures in the Dodgers lineup, with Muncy even earning his “Giants Nemesis” merit badge in the process. Players like these are brought in the buoy, or supplement as the title of this segment suggests, the talent already on the roster, keeping the team afloat in the playoff conversation while waiting for Step 2 to take hold

This is where Farhan has shown some of his most impressive results, raising the Giants farm system from 29th to 9th in a matter of four years and without having to trade any franchise cornerstones like most executives may have wanted to.

And while most of the Dodgers best talent was already high up in the minors when Farhan arrived, most of the Giants impact prospects such as Luciano or Harrison, are still a year or two away.

Farhan may have had a lot of success in rebuilding the Giants farm system, but that is no guarantee that the prospects in this rebuilt system will be successful at the big league level (just Google Joey Bart). Developing minor league prospects into really good baseball players is very hard to do. If it was easy, every team would be doing it, and for the record, no, not every team is doing it.

The Giants are still mired in this step.

The Dodgers hit this phase in 2020 when the Boston Red Sox decided to recreate the Babe Ruth trade with Mookie Betts. It came after Bellinger, Seagar and Pederson had become established stars out of the Dodgers system, and newly drafted players like Walker Buehler and Gavin Lux were ready for the big league level. Muncy and Taylor had solidified their roles on the roster as well by that point.

This is the moment that Giants fans are waiting for. When Luciano, Ramos, Harrison, Bart and Matos are making an impact in the major leagues. When Yastrzemski, Gonzalez and Wade Jr have defined roles on the team. It will be at this point that the Giants will make their own Mookie Betts type trade and break baseball as we know it. You know it can be done because you watched it happen to the Dodgers. And the reason it happened to the Dodgers is now the reason why it is happening again with the Giants. Patience is never an easy sell, but as the old saying goes, “The Death Star was not built in a day.” 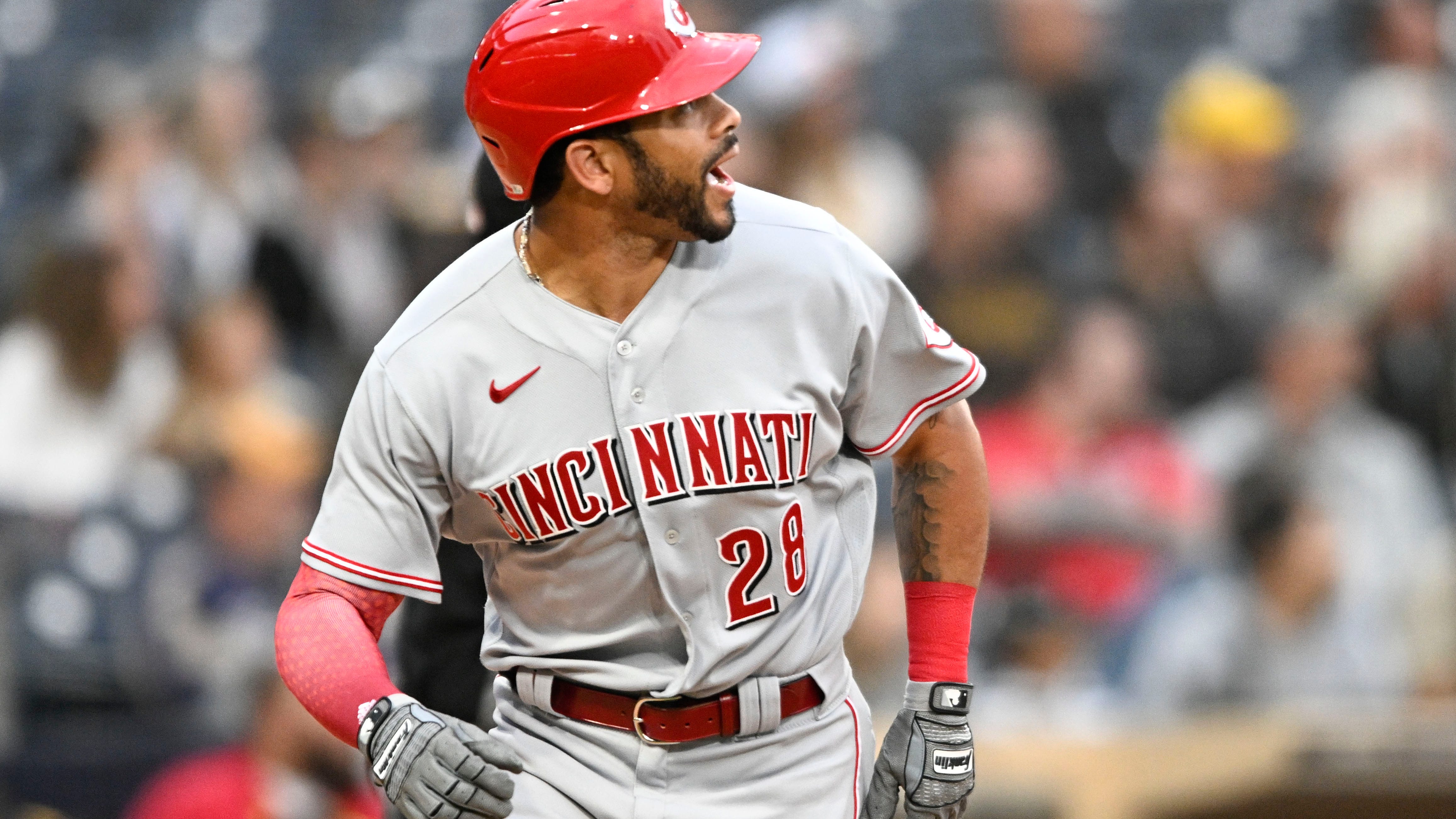