After being released by the New York Mets, it appears that Robinson Canó has found a new home.

Audacy Sports MLB Insider Jon Heyman says that he's "hearing" that the eight-time All-Star is closing in on a deal with the San Diego Padres.

Joel Sherman of The New York Posts adds that "the Padres have been among a few teams that have inquired and that Canó is expected to sign a major league deal."

After he served a season-long performance-enhancing drug suspension in 2021 -- his second lengthy PED suspension in the last five years -- Canó slashed .195/.233/.268 in 41 at-bats for the Mets. With one of the sport's deepest rosters, the Mets ultimately elected to designate Canó for assignment and release him, even though they'll still owe him north of $40 million between the 2022 and 2023 seasons.

Canó would join a Padres team that's off to a 20-12 start, but will have its work cut out in trying to edge out the Los Angeles Dodgers and San Francisco Giants in the highly-competitive National League West. The 39-year-old could get at-bats at DH for Bob Melvin and company, and could serve as insurance at first base if Eric Hosmer's early-season resurgence fizzles out.

While his days at second base are likely numbered, Canó is one of the greatest players in the history of the position from a statistical sense. In parts of 17 seasons, Canó is a .302 hitter with 335 home runs, 2,632 hits and an .842 OPS. His 69.1 career bWAR is 10th among all second basemen in MLB history. 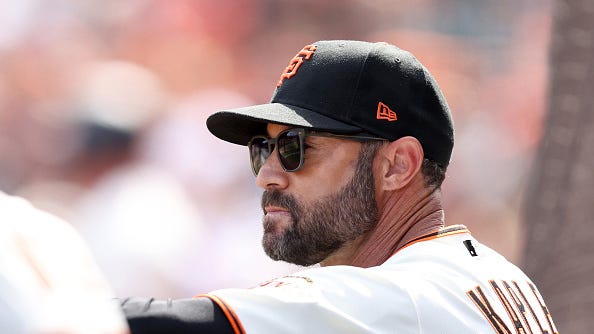 Gabe Kapler poses very important question: If you have a beard, do you have a mustache?