If Barry Bonds is San Francisco’s baseball Buddha, then maybe. Pederson wasn’t even a year old when Bonds first joined the Giants in 1993, but was coming-of-age when Bonds dominated the game in the early 2000s.

Ahead of Tuesday night’s contest, Pederson found himself engrossed in a clubhouse conversation with Bonds and LaMonte Wade Jr. – a meeting of the left-handed hitting minds. About 15 minutes out from first pitch, Pederson looked up at the clock and realized he had to get to the field. There was no time for his usual pregame routine. Instead of feeling rushed or chaotic, Pederson felt a sense of calm.

After his illuminating pre-game talk with Bonds, Pederson went on to hit three dingers, including a game-tying, three-run Splash Hit in the eighth inning. Pederson also tied the game with an RBI single with two outs in the bottom of the ninth. The Giants went on to top the Mets 13-12 in a wild one.

JOC TIES IT WITH A SPLASH 💦 pic.twitter.com/RSrGh8hkJb

Giants manager Gabe Kapler told reporters it was “probably the best offensive performance I’ve ever been around.”

For Pederson, it all traced back to that conversation he had with Bonds. In his prime, especially the latter half of his career, Bonds was the game’s most feared hitter. He told Joc about his ability to stay locked in all game when he knew he might get just one pitch to hit all night. Pederson said there was something about Bonds’ insights and communication style that made something click.

“It just freed my mind up,” Pederson told NBC Sports Bay Area. “The way he talks about hitting just helped me out a little bit. Still kinda speechless processing it all, I guess.”

Joc credits his heroics to a long conversation he had with Barry Bonds tonight 🐐😂 pic.twitter.com/9Px6eziDTS

Signed to a one-year, $6 million contract shortly before the season, Pederson was mired in a deep slump before Tuesday night. He got off to a hot start this season, but was batting just .102 with a homer in his previous 19 games before Tuesday.

“I’ve talked to great hitters before, but they’re not as in depth as him,” Pederson said. “Obviously, the game came very easy for him, but he was also a master inside the ears.”

Maybe the Giants should invite Barry to hang around the squad some more. 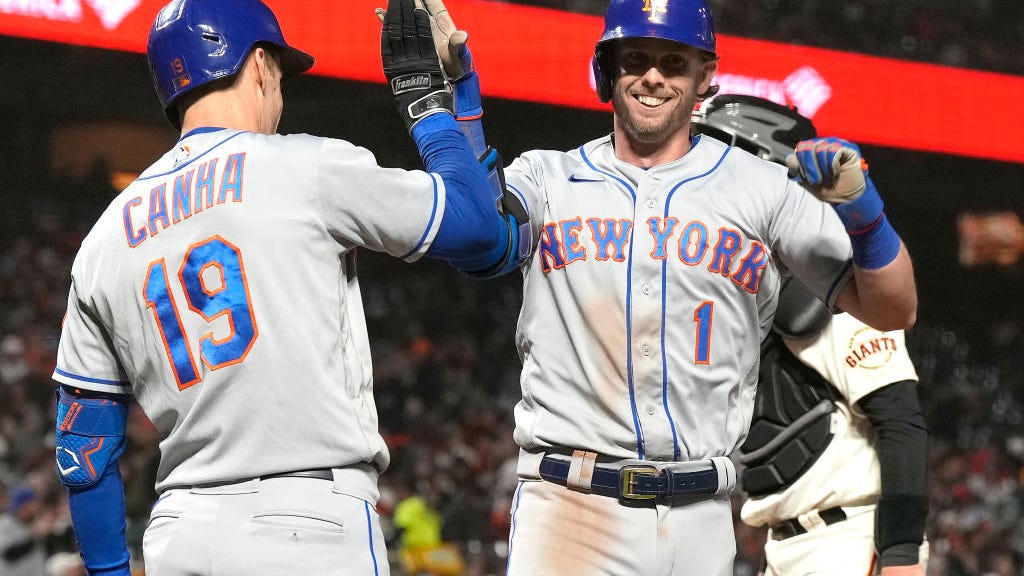 Giants fan heckles Jeff McNeil for having 'no power,' proceeds to hit a two-run bomb