The talent has always been there for Kevin Gausman, a former blue-chip prospect who starred at LSU (where he was teammates with future Phillies ace Aaron Nola) before arriving as the fourth overall pick in the 2012 MLB Draft. But that potential never quite materialized until his breakout 2020, which Gausman promptly followed up with a career-best 2021, leading the Giants in wins (14), innings pitched (192), strikeouts (227) and ERA (2.81).

After earning his first All-Star nod this summer (accomplished on the strength of a 1.73 first-half ERA), it’s safe to say the 30-year-old has comfortably shed the “underachiever” label that followed him throughout failed tenures in Baltimore, Atlanta and Cincinnati. Should Gausman depart San Francisco, his next team would be his fifth in as many seasons.

Even in a crowded pitching market headlined by Cy Young winners Max Scherzer, Clayton Kershaw and Robbie Ray, Gausman should be among the most coveted arms available this winter. Though some may dismiss him on the basis of his early-career struggles, the nine-year vet has emerged as a legitimate ace, drawing the Opening Day assignment for a team that won an eye-popping 107 games this past regular season.

Among other pitches in his arsenal, Gausman owns arguably the league’s nastiest splitter, using it to fan 138 batters in 2021. Gausman chose to stay with the Giants by accepting their one-year, $18.9-million qualifying offer last offseason, but that won’t be a consideration this time around (players can only accept the qualifying offer once). Where might the right-hander land in free agency? Here are a few options.

The Red Sox’s desperation for pitching depth is tangible after losing left-hander Eduardo Rodriguez (recipient of a five-year, $77-million deal with Detroit) at the onset of free agency. The Sox still have tentpoles Chris Sale and Nathan Eovaldi at their disposal, but that might not cut it in a stacked division that produced four 90-win teams a season ago. After coming up empty in their pursuit of Justin Verlander, might the Red Sox pivot to Gausman, a pitcher with plenty of experience at Fenway Park (11 appearances including seven starts)? Though Gausman isn’t exactly a spring chicken (he turns 31 in January), his mileage shouldn’t be a major deterrent, especially compared to some of the other pitchers available in an unusually well-traveled free-agent class. While moving from Oracle Park, a decidedly pitcher-friendly venue, to Boston would be an adjustment, it should be noted Gausman fared noticeably better on the road (8-2, 2.33 ERA in 19 starts) than he did at home (6-4, 3.44) last season. While Boston’s restless fan base would surely prefer a sexier name like Scherzer or Kershaw, Gausman would represent a needed upgrade for a Red Sox rotation that submitted a pedestrian 4.49 ERA in 2021.

Time is of the essence for the Angels, who can’t afford to waste another minute of Mike Trout and Shohei Ohtani’s prime. That’s especially true of Ohtani (2023 is his final year of arbitration eligibility before free agency), who has hinted his Anaheim future could hinge on what moves the Angels do—or don’t—make in the coming years. The Halos already roped in former Met Noah Syndergaard on a one-year prove-it deal and have also shown varying degrees of interest in Scherzer, Ray, Marcus Stroman and Steven Matz. Gausman’s 2021 was a tale of two halves, getting off to an explosive start before fading down the stretch (4.42 post-All-Star ERA). That volatility has, unfortunately, been a staple of Gausman’s career. But even if Gausman, on the whole, is closer to the pitcher we saw in the second half than the first, that would still be a step in the right direction for a Halos rotation responsible for just 45 quality starts last season, fifth-fewest in the American League ahead of only Boston, Tampa Bay, Minnesota and Baltimore. Not that San Francisco and Orange County are down the street from each other, but if Gausman wants to stay out west, partnering with the Angels would accomplish that.

We know owner Steve Cohen has money to burn, but will he put it to good use? Because Jacob deGrom can only pitch once every five days, newcomer Billy Eppler (apparently the only executive in baseball with even a passing interest in New York’s GM vacancy) would be wise to invest in another starter, particularly following the departure of accomplished Twitter troll and noted Mike Francesa foil, Noah Syndergaard. The Mets are also in danger of losing Stroman, who dominated in his return to the bump (career-low 3.03 ERA in 33 starts) after opting out of 2020 due to COVID concerns. There are plenty of shiny toys to look at in the free-agent-sphere with New York reportedly eyeing Scherzer (has Scherzer become the new Dan Cortese?), Marcus Semien and Starling Marte, among other stocking stuffers this holiday season. But if Eppler and his front-office brain trust decide to make starting pitching a priority—and one would argue they absolutely should in wake of their second-half collapse (10-31, 4.99 ERA)—the Mets would be hard-pressed to find a more capable front-of-the-rotation hurler than Gausman, a blossoming star at a position of need for New York.

After flaming out in Baltimore and laboring through similarly forgettable stints in Atlanta and Cincinnati, Gausman finally turned the corner upon joining the Giants in 2020, ascending to All-Star status, albeit later than scouts may have anticipated following his standout career at LSU. As the old adage goes, if it ain’t broke, don’t fix it. Gausman had a good thing going with the Giants and, if the money’s right (or at least comparable to what he’d get elsewhere), running it back with the reigning NL West champs would be a heady play by the 6’2” workhorse. Obviously pitchers, like all athletes, have a finite window to cash in, and if a deep-pocketed suitor like the pitching-starved Mets or Angels presents Gausman with a Godfather offer (we’re talking nine figures), it would be hard for him to say no. However, staying in San Francisco, the city where his career took off after stagnating in his late 20s (including a demotion to the Reds’ bullpen in 2019), would provide not only comfort but a much-needed sense of stability for a player who has essentially been living out of his suitcase, wearing a new logo on his cap seemingly every year. Plus, after a heartbreaking first-round exit at the hands of their hated rival, Gausman and the Giants have unfinished business, serving as yet another motivation for returning to the Bay. 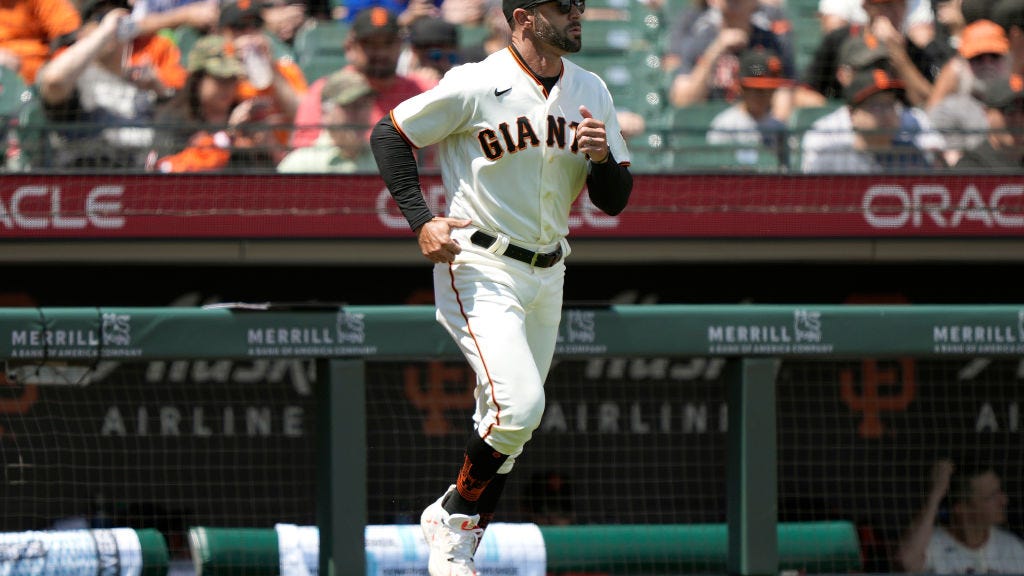